Anthony Hilder @anthonyjhilder
22 July, 11:55
Dem Gun Confiscation, NATO War, More Unexpected Deaths, Economy Tanking
https://rumble.com/v1d6ohl...
The Democrats are trying to push a new bill, and openly push the idea of gun confiscation. This bill was originally pushed more than a year ago as an “assault weapons ban.” It’s now being revived, but why now? Even after three reaffirming decisions by the Supreme Court on the 2nd Amendment, the Democrats are not only pushing more gun control, but confiscation of firearms. What is going on for them to be pushing this losing hand at this time. It sounds like they are desperate to stay in control even if the entire financial system comes crashing down as many are predicting.

Rand Paul tried to reaffirm the power of Congress, and only Congress has the right to declare war. That was shot down in the Senate before it even got off the ground this week. So, can NATO declare war for America? Apparently, it can, and that is certainly the direction our feckless leaders are taking us in when it comes to Russia and Ukraine. Heaven help us all if it goes nuclear.

It’s another week, and there are more “unexpected deaths” of young people for no apparent reason. Maybe it’s the bioweapon they have passed off as a vaccine. It clearly does not work well as a vaccine because, just this week, cheated-in President Joe Biden announced he had Covid. He also announced he had cancer, but the White house quickly walked that back.

The economy is in turmoil and going down everywhere. In China, tanks are stopping bank runs. In Italy, former head of the ECB and now former president Mario Draghi has resigned because the economy is foundering under globalist mismanagement. In America, BlackRock hedge fund lost a record $1.7 trillion in the first six months of 2022. Housing is tanking, office space is less than half full as unemployment spikes. Everywhere you look you have third world economic woes because of insolvency. 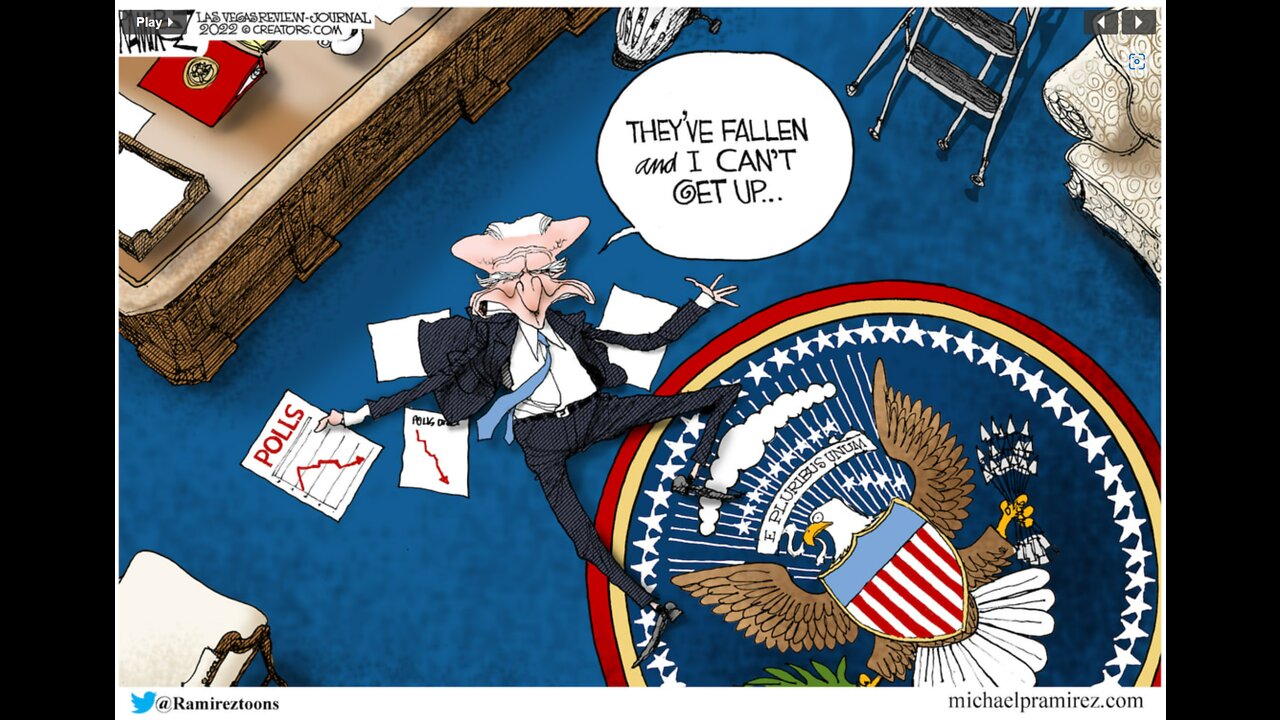 Join Greg Hunter od USAWatchdog.com as he talks about these stories and more in the Weekly News Wrap-Up for 7.22.22. To Donate to USAWatchdog.com Click Here: https://usawatchdog.com/donations/ 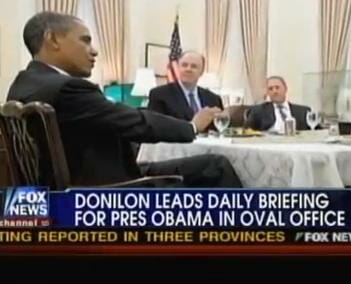 Breaker O'Day @Breaker
26 February, 07:44
#BlackRock owns ALL the #MSM . Look who holds a good chuck of #Penske 's stock. Not surprising, now, to see people's leases terminated and trucks being remotely shut down, is it?
Screenshot H/T: Merciless Radio 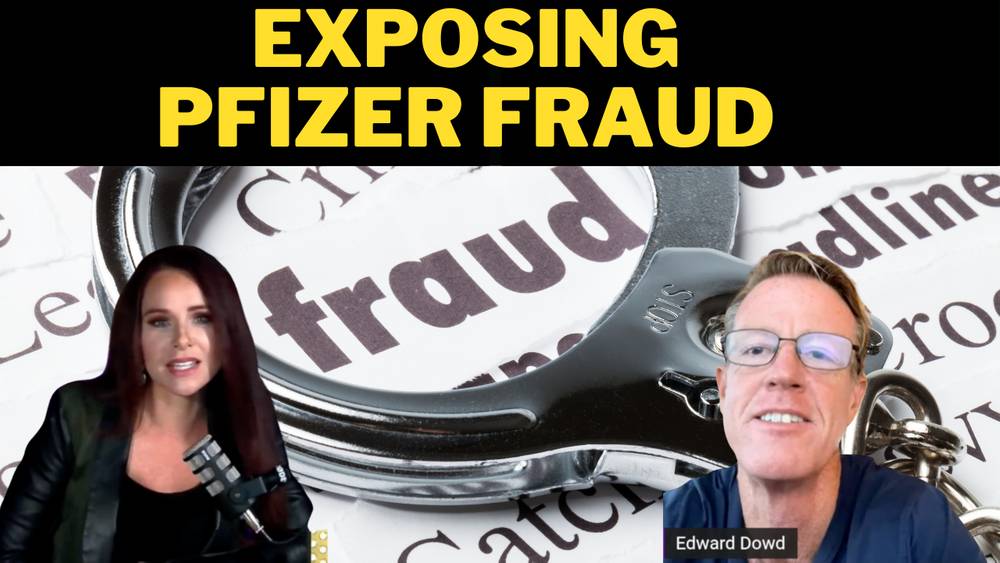 Replay of LIVE interview with former Blackrock portfolio manager. He's exposing the Pfizer fraud, and how all of these plays by the globalists threaten our investments. 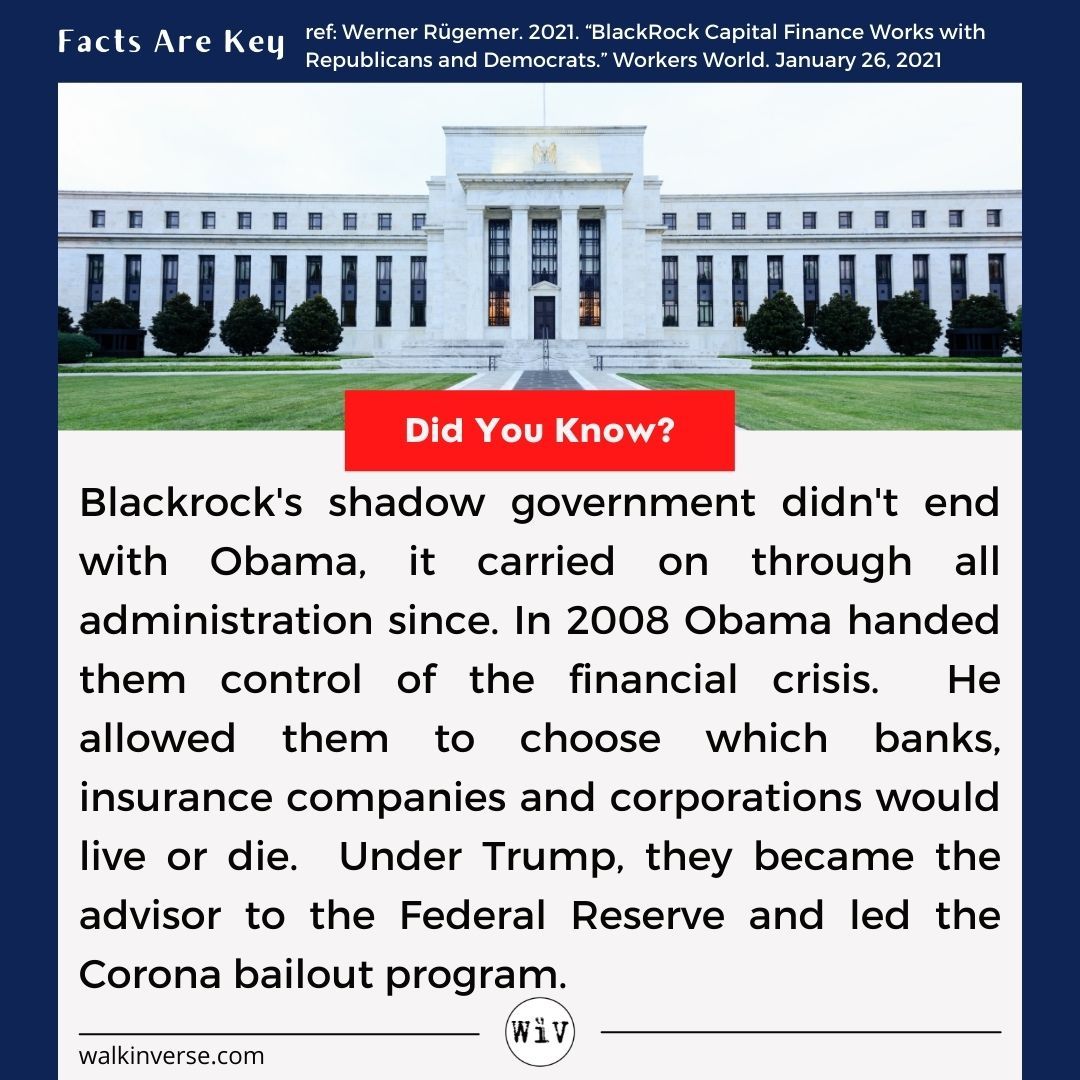 If anyone believes for one minute the left or right is on the people's side, they better think again. We have been sold out for years and be... by @walkinverse 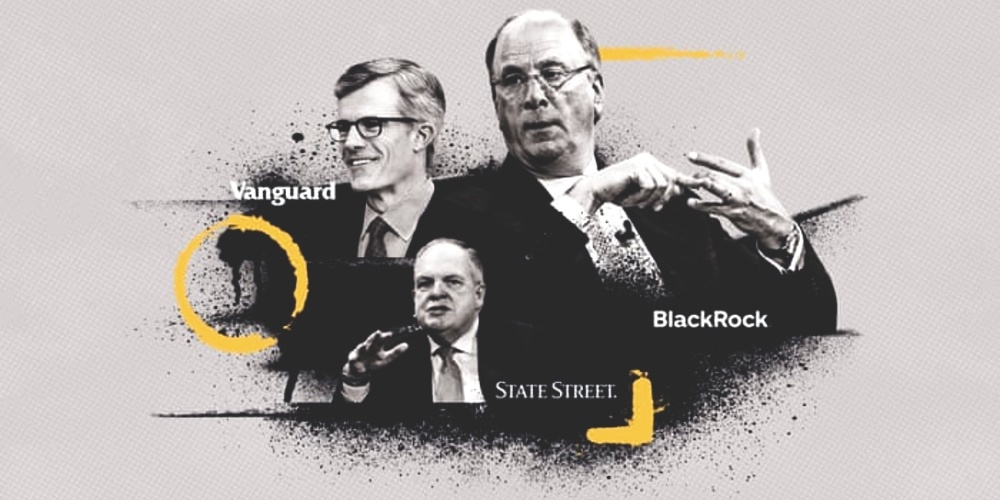 Editor's Commentary: For the last couple of months, we've covered Vanguard and especially Blackrock extensively. But it's not enough. The

Walk In Verse @walkinverse
01 October, 10:46
BlackRock Partners with the CCP 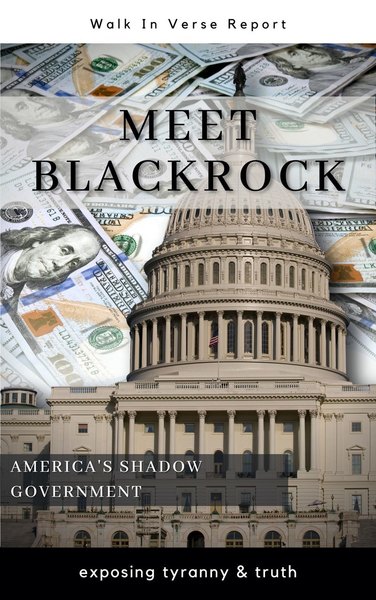 Get your FREE copy of Meet Blackrock

In this report, we will look at Blackrock and their connection. To date, they control every industry and financial markets. Larry, the CEO, pushes climate change, redistribution of wealth with the power Blackrock holds over companies. And he sits on the board of trustees at the World Economic Forum ..

Walk In Verse @walkinverse
31 July, 08:39
Meet Blackrock, the report is here! Check it out. 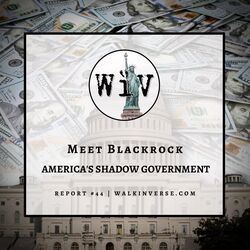 Report 44, "Meet Blackrock: America's Shadow Government."In this report, we will look at Blackrock and their connection. To date, they control every industry and financial markets. Larry, the CEO, pushes climate change, redistribution of wealth with the power Blackrock holds over compa.. 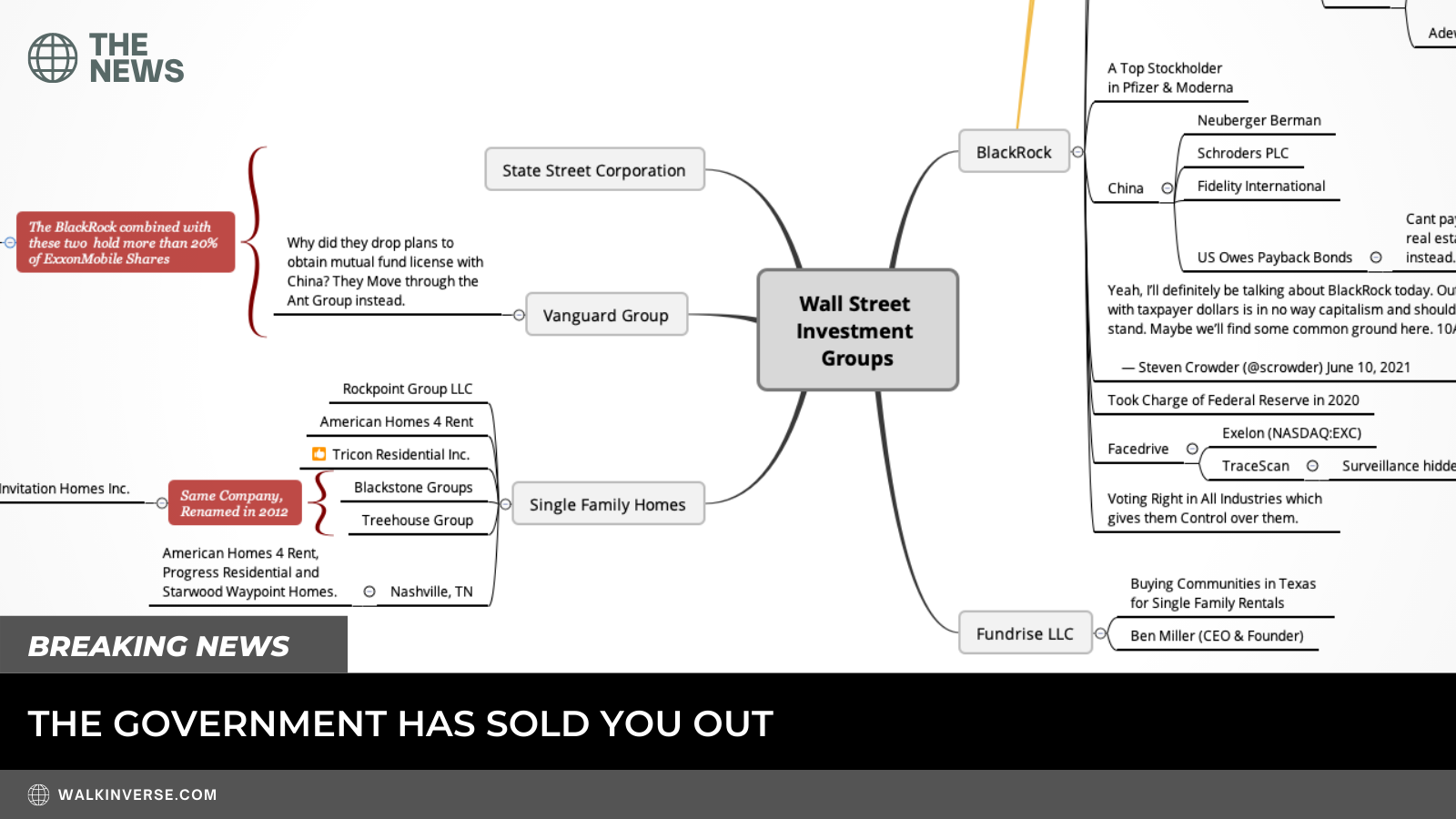 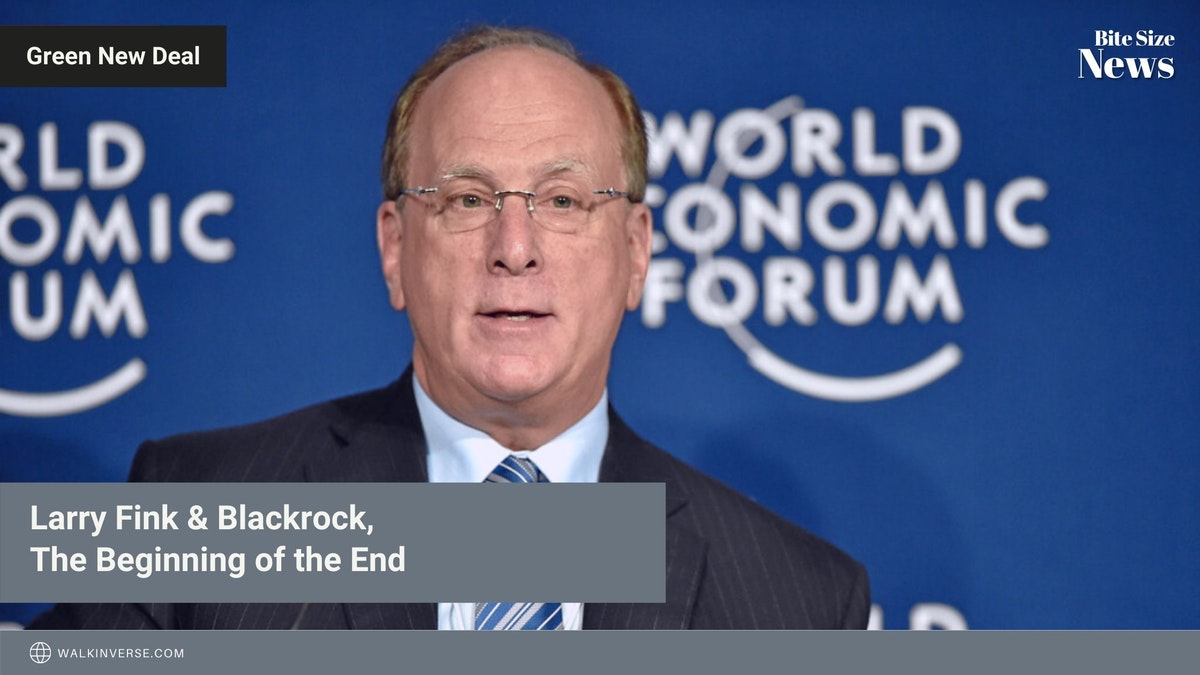 The end of the United States

Walk In Verse @walkinverse
16 July, 07:14
Get a free copy of the report: America's New Slumlord

Walk In Verse @walkinverse
05 July, 09:45
Still working on the BlackRock Report, but will break it down into 2. A lot to cover. I also offer an e-book version of the reports with all references in multiple versions. I price them at 1.99 as it helps keep me afloat as I have been de-platformed. If you sign up for my newsletter, I give the current report to my subscribers as a thank you. I hope to have some more updates in a few days, but I am in the middle of moving and packing. Hence, the long delay in a new podcast.