Mr. Nobody admin
4 days ago

PSAKI: "He called on individuals from his press corps without alerting us to that intention in advance." 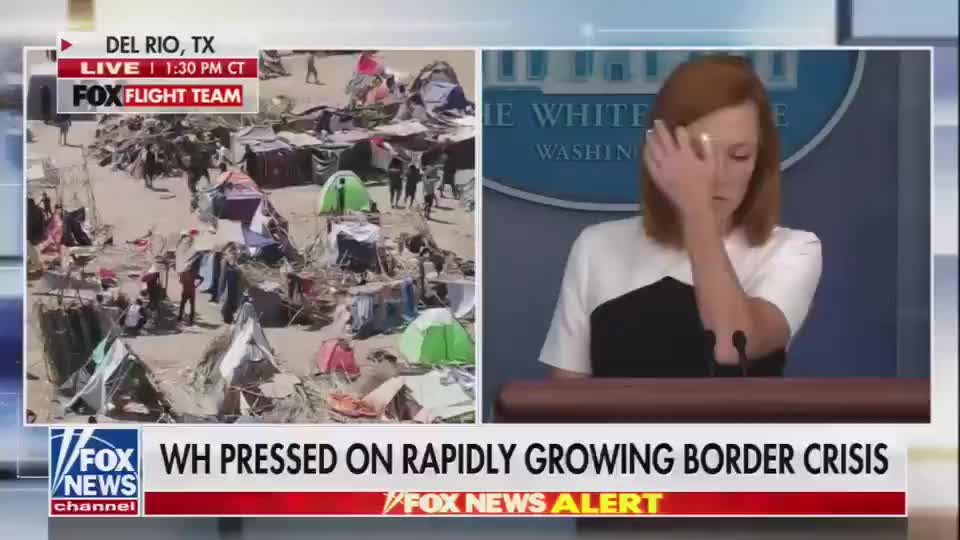 WHY SHOULD AMERICANS NEVER AGREE TO A #GUNREGISTRATION #DATABASE ? TAKE A LOOK AT THE #British GUN REGISTRATION HACK FOR AT LEAST ONE ANSWER - #2a #2aShallNotBeInfringed #GunRights - https://gunsinthenews.com/...

£72.5 million (or $100 million) “Novel Weapons Program” by the #British is a program to try new weapons, apparently. Sounds like a place for the crooked Politicians in the UK to get more money, to me.
#Justsayin 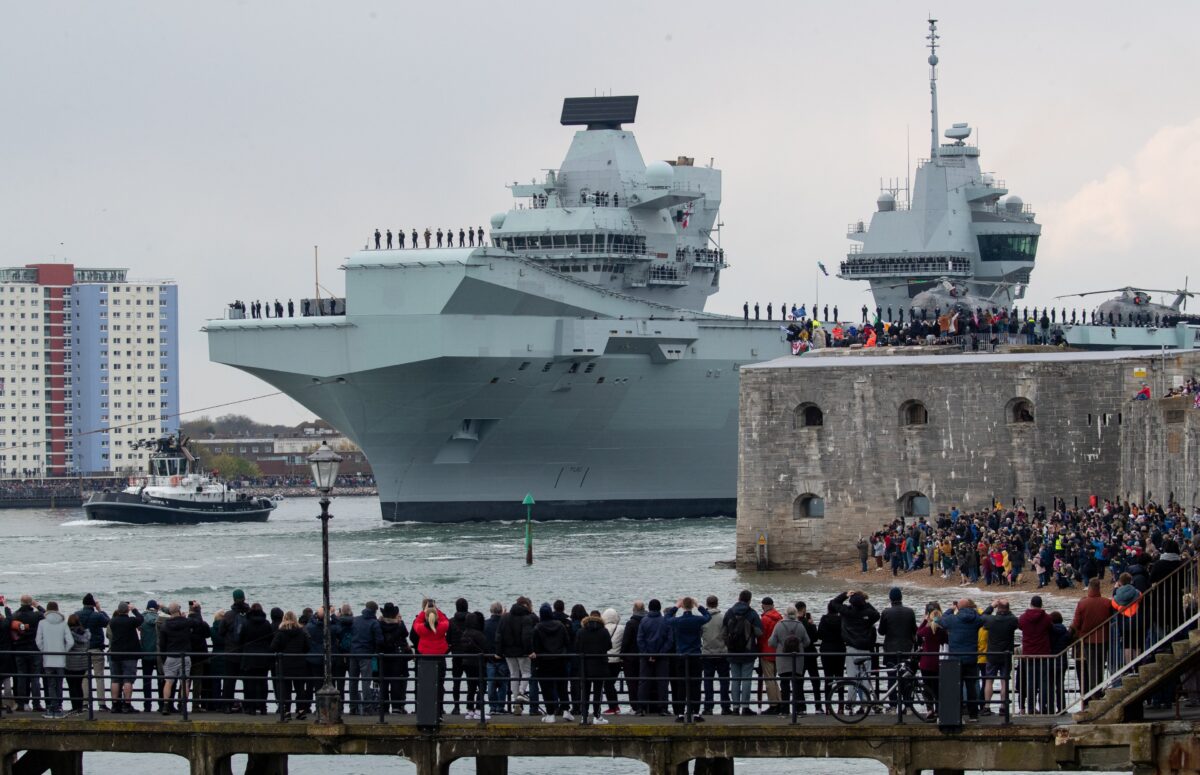 Britain’s armed forces will trial laser and radio frequency weapons as part of its “Novel Weapons Programme,” the Ministry of Defence (MOD) said.

It comes after British lawmakers across the political spectrum voiced strong opposition to the plans this week.

Speaking on the BBC’s “The Andrew Marr Show” on Sunday, the health secretary said he “never liked the idea” of forcing people to show their papers in everyday activities, but the government was right to look at the evidence. 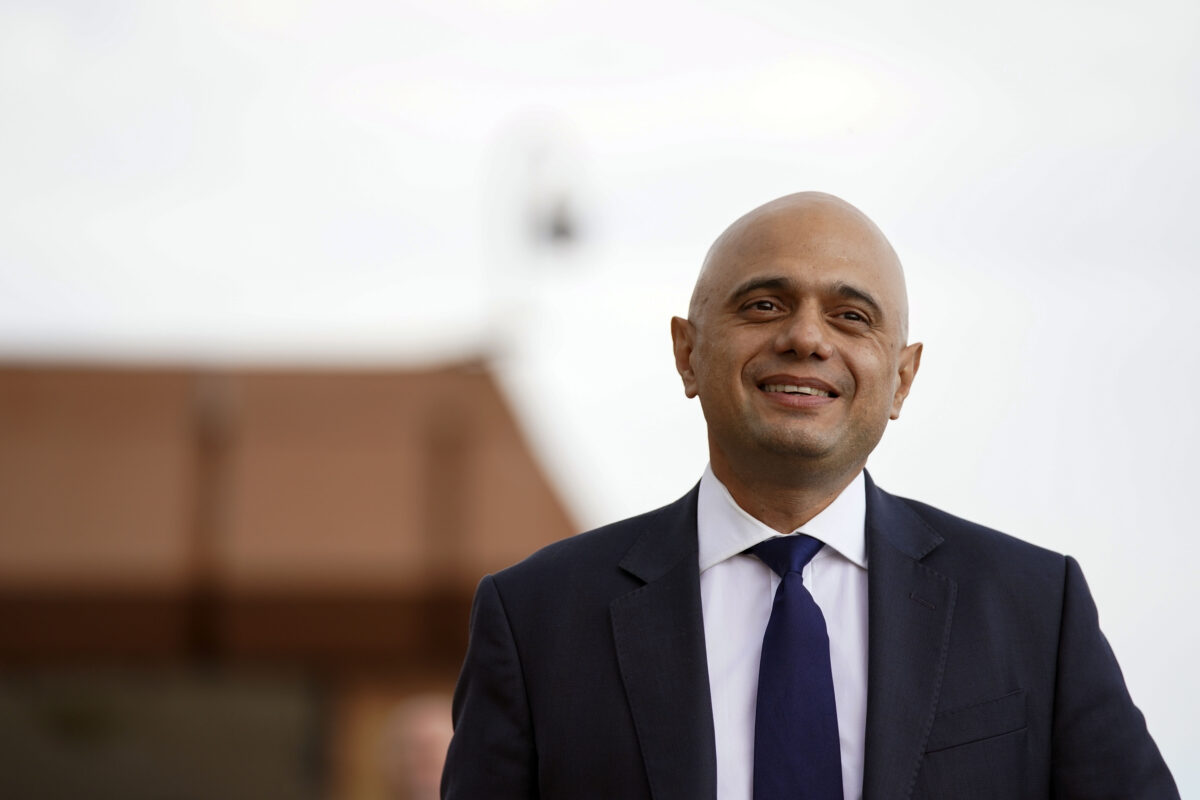 President Joe Biden’s decision to withdraw forces from Afghanistan over the objections of other NATO allies has enraged officials in the United Kingdom, stoking distrust and contempt for American foreign policy leadership.

“Now this is a harsh lesson for all of us,” senior British lawmaker Tom Tugendhat, who is chairman of the Foreign Affairs Committee in the House of Commons, told Parliament. “We can set out a vision, clearly articulate it, for reinvigorating our European NATO partners to make sure that we are not dependent on a single ally, on the decision of a single leader, but that we can work together with Japan and Australia, with France and Germany, with partners large and small, and make sure that we hold the line together.”

Some months ago Congress staffer Nick Dyer launched a seven-page document for a new caucus 'America first' Marjorie Taylor Greene, Paul Gosar, and Louis Gohmert were interested.
The document spoke of "America is a nation with a border, and a culture, strengthened by a common respect for uniquely Anglo-Saxon political traditions."
https://punchbowl.news/wp-...
The initiative was attacked by the Marxists & Rino's and MGT, Gosar & Gohmert forced to distance themselves from this UNIQUE statement. It was a massive victory for the Marxists just like accepting Juneteenth by all House and Senate republicans except 14 republican House members among them Paul Gosar.
Anglo-Saxon traditions refer to Anglo-Saxon law that goes back to the 6th century.
https://www.britannica.com...
THE NEW CAUCUS WAS ABANDONED FOR THE MARXIST WIKIPEDIA PAGE (Racist) 19th-century Anglo-Saxonism.
https://en.wikipedia.org/w...
But all persons mentioned in the page were not racist against the blacks but merely proud to perceive themselves as part of a vaguely described group of german continentals immigrated to the British island. Black supremacy or black supremacism however is a racial supremacist belief which maintains that black people are superior to people of other races.
Racism in the negative version was developed by Leon Trotsky designed for black people to exchange working and capitalist classes by black and white races. 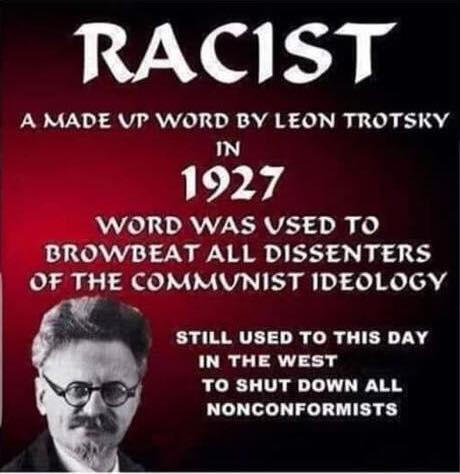 August 4, 2021, CNN aired another hit piece on me, based on the opinions of foreign agent Imran Ahmed, founding CEO of the Center for Countering Digital Hate (CCDH), who also works with the British government’s Commission for Countering Extremism
The CCDH has ties to British intelligence, which is using sophisticated cyberwarfare tools against the public in order to shut down free speech in violation of the U.S. Constitution
An unmasked CNN reporter, Randi Kaye, tracked me down as I bicycled around my home town to ask me about why I say masks don’t work
CNN anchor Anderson Cooper recently interviewed Microsoft mogul Bill Gates about the current state of the pandemic response and the threat posed by the Delta variant
The tragedy Gates wishes everyone would focus on right now is the number of COVID-19 deaths occurring in unvaccinated people. No mention was made of the number of previously healthy people suddenly dying after receiving an experimental COVID shot

http://freenations.net/ill... ILLEGALITY OF VAX PASSPORTS, NUREMBERG TRIAL FOR POLITICIANS AND A BLAST FROM THE NAZI PAST By forcing vaccination passports on the people politicians are open to very serious legal repercussions for their actions and threats. International law is very clear – it is illegal to coerce, unduly influence or force these experimental vaccinations on people. Passports do just that.

The Geneva Convention and the Nuremberg Code forbid it and the 47 country Council of Europe has stated (Point 7.3 in its Resolution 2361 of 27th January 2021) that “Covid vaccinations are NOT (word written in capital letters) mandatory and no one is to be politically, socially or otherwise pressured to be vaccinated”

In addition the highest principal of administering medicines is that patients must give “informed consent” to the treatment. But none of those who have received the vaccine were given details of the thousands of deaths and serious adverse reactions which the vaccinated have suffered in the UK, the USA and Europe (nearly 30,000 deaths and millions of adverse reactions).

Even the British NHS – in the forefront of the passport system – writes in their guidance https://www.nhsx.nhs.uk/co...

If businesses decide to require evidence of Covid-19 status as a condition of entry, they should ensure that they comply with all the relevant legal obligations (for example, the Equalities Act 2010) and guidance that applies. 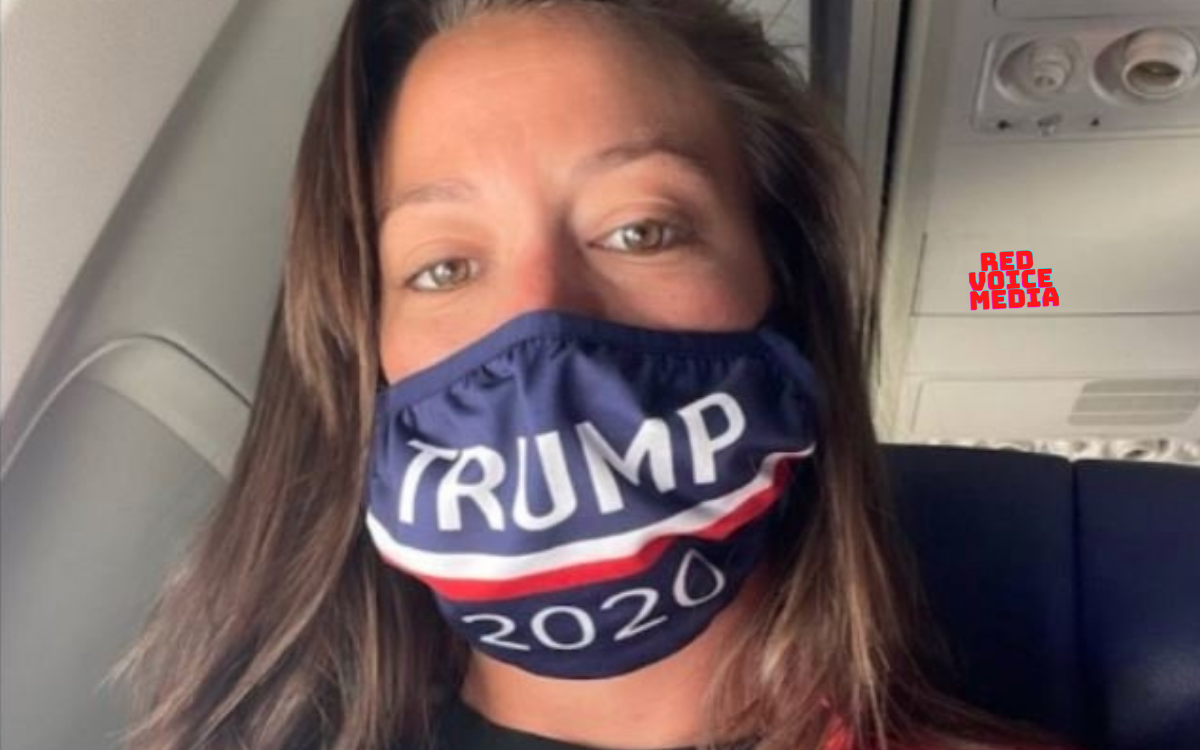 Qanon is indoctrinated among ordinary American Patriots by crypto democrats Deep state CIA (John Brennan) agents to obscure Patriot events and their views on daily US state affairs.
Qanon exclusively publishes pitiful conspiracies that are intended to politically lead to nothing.
Qanon is basically instructing INACTIVITY, with the intent to confuse, distract and weaken PATRIOTS in their fight against the Democrat Party Political Machine (DPPM) (and US oligarchs, globalists, fmr imperialists)
The US oligarchy through the DPPM & (bribed by) the CCP, perpetrated a velvet coup d'etat on November 3, 2020.
Qanon has similarities to the British opium trade with China and Oxycodon by Purdue Pharma pushing the population into an addiction to an endless vicious spiral fantasy world leaving them helpless, defenseless until they die.
https://thebulwark.com/is-... 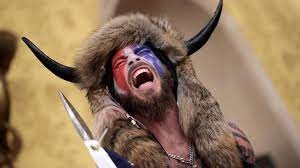 LONDON (Reuters) - The harvesting of genetic data from millions of women by a Chinese company through prenatal tests is concerning and Britain should debate how privacy can be protected from "surveillance autocracy", a senior British lawmaker told Reuters.

A Reuters review of scientific papers and company statements found that BGI Group developed the tests in collaboration with the Chinese military and is using them to collect genetic data for sweeping research on the traits of populations.

"I'm always concerned when data leaves the United Kingdom, that it should be treated with the respect and privacy that we would expect here at home, and the concern that this raises is that it may not be so," Tom Tugendhat, chairman of the British parliament's Foreign Affairs Select Committee, told Reuters. 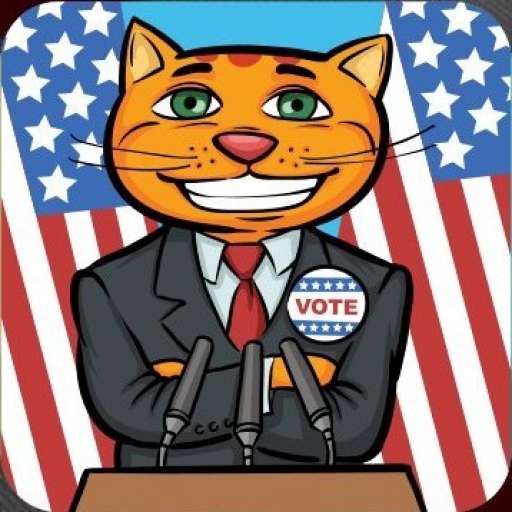 NO SURPRISE THERE: IT HAPPENED TO THE SOVIETS AND LONG BEFORE, THE BRITISH EMPIRE NEVER COULD HAVE TOTAL CONTROL OF THAT TERRITORY-WE SUPPORTED THE ISLAMIST AGAINST THE RUSSIANS,NEVER THINKING THAT WE TOO WERE THE "INFIDEL" AND THEY JUST USED US.SOME CULTURES REFUSE TO ADAPT AND ASSIMILATE TO THE MODERN WORLD AND THE TALIBAN LIVES CULTURALLY STILL IN THE 7th CENTURY. 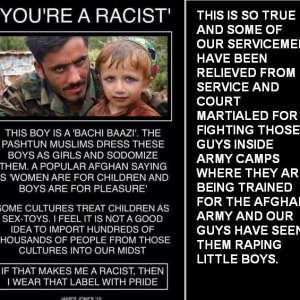 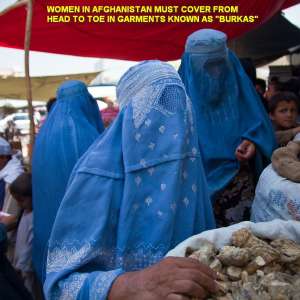 Mr. Nobody admin
3 months ago 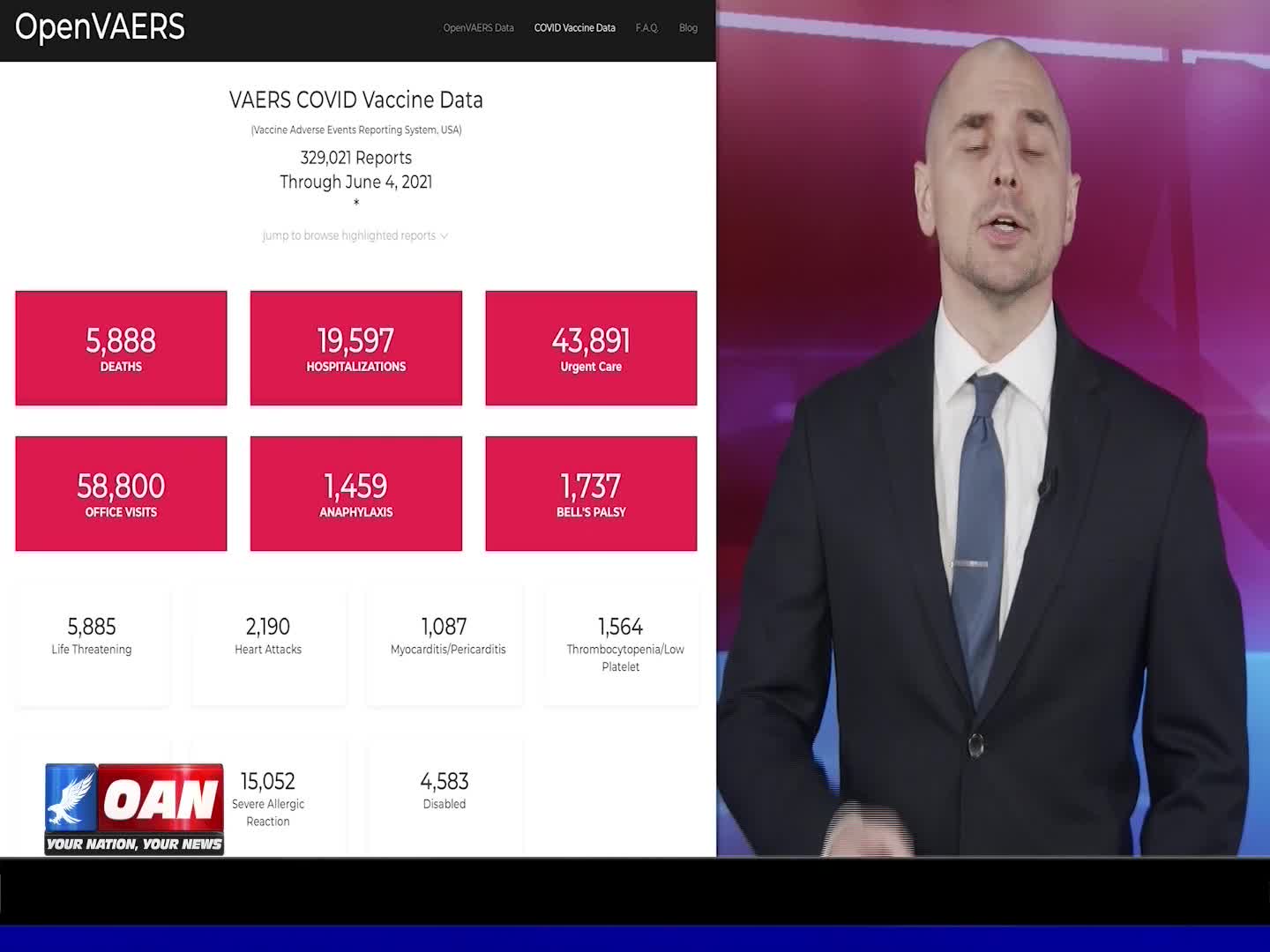 Researchers in Britain are calling on the government to halt their use of the coronavirus vaccine immediately after discovering potentially "toxic" side effects. One America's Pearson Sharp has more.

David Jose challenges the bar nationwide. I also challenge the people to tell us if they have been doing right by the people or if this has been one big scam...