Jeff Hertzog @jeffhertzog
24 September, 05:24
THIS HAS NOT BEEN CONFIRMED ON THIS SIDE OF EARTH! (only being reported in India and in the East!
Allegedly #RedChina Dictator #XiJinping has been put under house arrest after he was removed from the post of PLA chief and #ReddArmy control #Beijing https://www.indiatvnews.co... 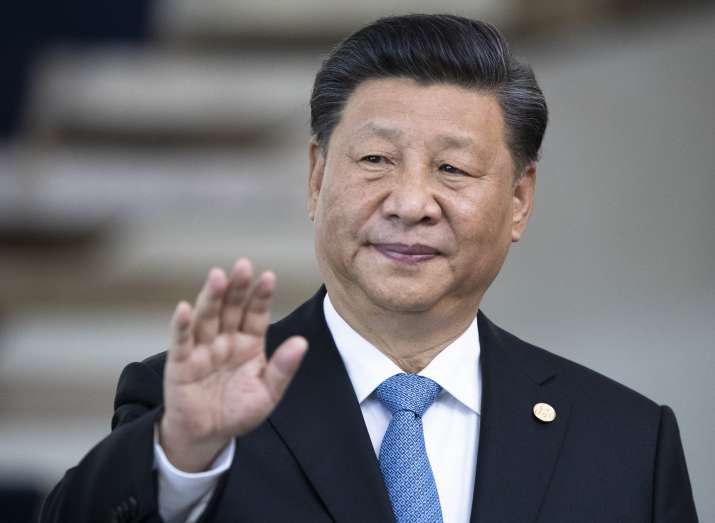 Reports suggest that Chinese President Xi Jinping has been put under house arrest after he was removed from the post of PLA chief.

Dr. Peter McCullough is a renowned cardiologist who fought the accepted government CV19 vax narrative from the beginning. Dr. McCullough said, “The injections should have been halted in February of 2021.” Instead, the government mandated the clot shots, and the CDC and FDA covered up the problems. The FDA is still covering up massive deaths and injuries from the mRNA shots. Dr. McCullough explains, “It’s the great gamble of the Covid19 vaccine program. It was the gamble of a lifetime, if not a gamble of all-time. The vaccines install the genetic code for the lethal Wuhan spike protein that was engineered in a bio-security lab in Wuhan, China. This is the worst idea ever to install a fatal protein and have it installed for an uncontrolled duration and an uncontrolled quantity in the human body. . . . This is a biological catastrophe in unspeakable proportions. . . . Nobody wants these shots now, and they are still mandating them and forcing them on people.”

According to Dr. McCullough, the FDA admits the shots cause fatal heart damage, Fatal blood clotting, strokes, neurological injuries and other problems. When the evidence mounted on how deadly and debilitating the CV19 injections were, the FDA covered it all up instead of pulling them off the market. Dr. McCullough says, “Now, we have the additional deaths from the CV19 vaccines. The CDC shows 14,000 died the next day, and that is a gross under-reporting. . . The World Council for Health points out four agencies, including VAERS with 40,000 certified deaths, and that may be an under-reporting of 100 to 1. It’s a vast number, and no governments are doing investigations. The United States should be doing a full stop on this. Pfizer knew about 1,223 deaths within 90 days of release of their product . . . Pfizer logged all these deaths, but they didn’t pull their product off the market, and the FDA’s lawyer wanted to block that information from Americans for 55 years. So, the FDA is involved in a cover-up with Pfizer, and almost certainly with Moderna and Johnson & Johnson. It’s an ongoing biological catastrophe.”

McCullough contends that Covid is waning but warns, “What we are left with is just the vaccine injuries and damage itself. I can tell you we are going to have to be quite vigilant. The blood clots and heart damage, I have never ordered so many cardiac MRIs and ultrasound tests for blood clots. People need to be hyper-vigilant. They have put a foreign genetic code in their bodies. It’s produced the lethal Wuhan spike proteins. It’s in their brains, and it’s in their hearts. People can’t feel good that have taken this into their bodies. They have to know they have taken an extraordinary risk. . . . There are over 1,000 papers in the peer-reviewed literature. Not a single paper shows a benefit of these vaccines. 100 percent of it is bad news.” 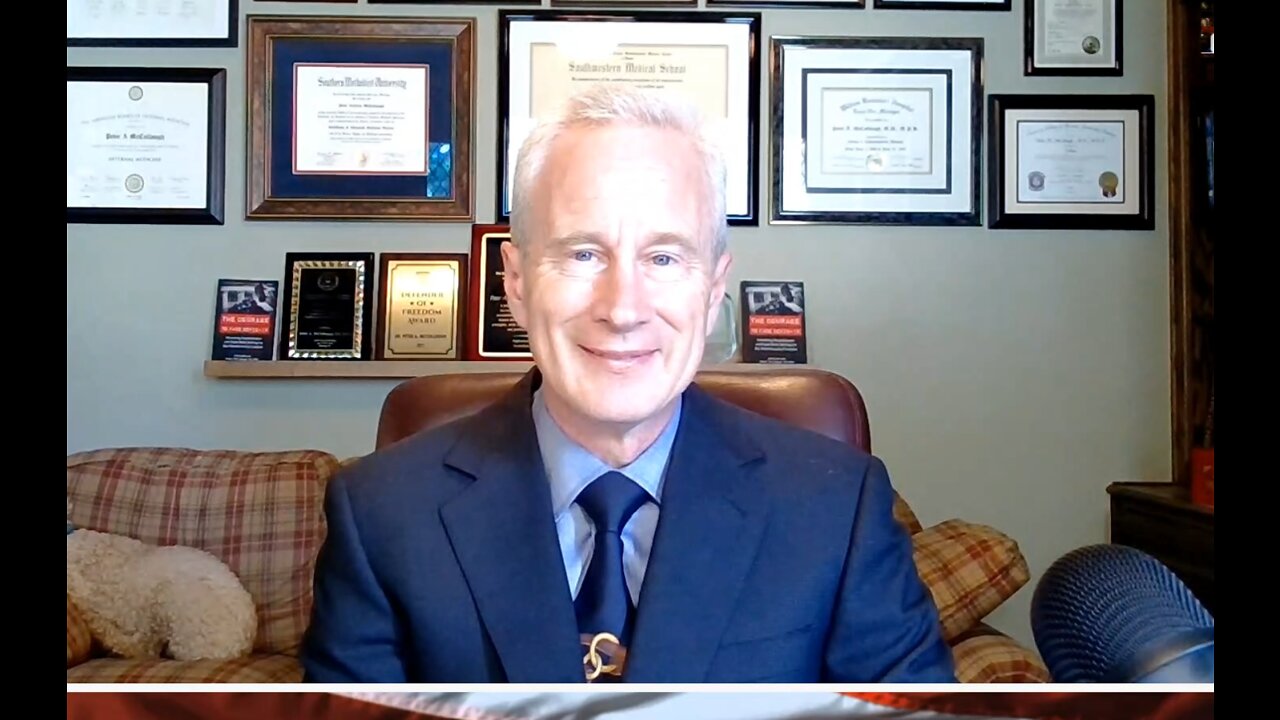 Jeff Hertzog @jeffhertzog
20 September, 02:53
Incredibly Reckless Moves That #joebiden & His Minions Are Making Could Get Millions Of #Americans Killed – Do we really want to go to war with #Russia and #China at the same time? http://endoftheamericandre...

Jeff Hertzog @jeffhertzog
16 September, 02:51
Reminder a recent Post of mine - #India is now part of #Russia #China Alliance!
EDGE OF WAR Russia warns #joebiden that #usa will be dragged into war if they give #ukraine more missiles as #Putin , #XI & #Iran meet https://www.thesun.co.uk/n... 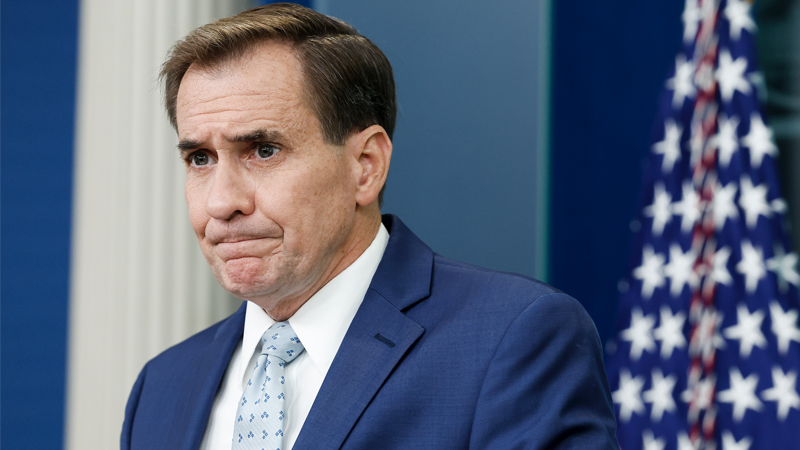 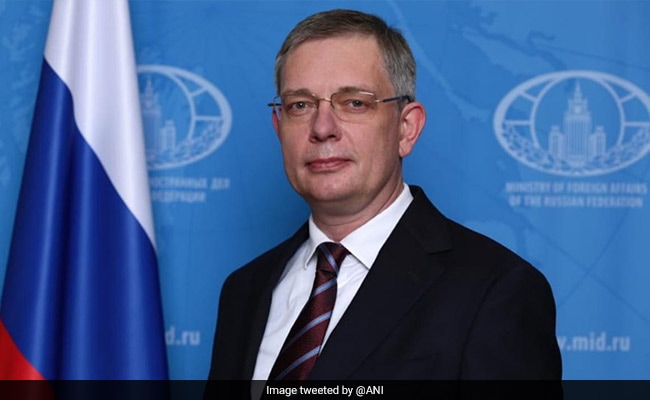 Mr Alipov also criticised the US-led 'Indo-Pacific" initiative, saying it is part of a "containment policy", but appreciated India's position at Quad for refusing to endorse its "divisive" statements.

Jeff Hertzog @jeffhertzog
09 September, 05:34
I said this would happen and many called me kook, nuts, etc. but I was right! #fjb #LetsGoBrandon
Russia, #RedChina & India, the new Axis Alliance of #WorldWar3 ? https://www.fromrome.info/... 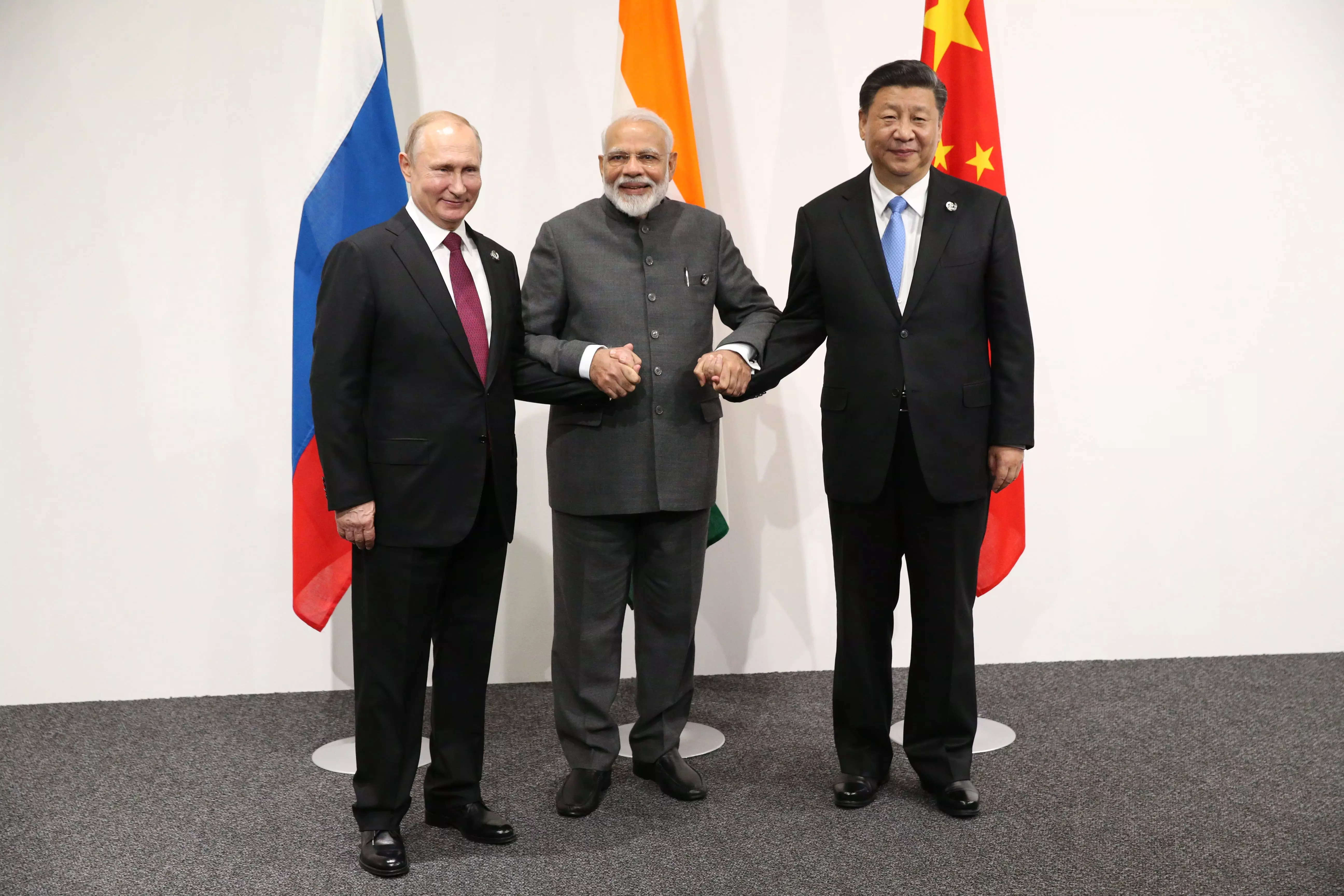 China and India bought $9 billion worth of additional Russian crude in the 2nd quarter, undercutting the West's attempt to squeeze Moscow's finances | Business ..

The two nations bought $9 billion in additional Russian crude in the second quarter compared to the first quarter, a Financial Times report says. China and 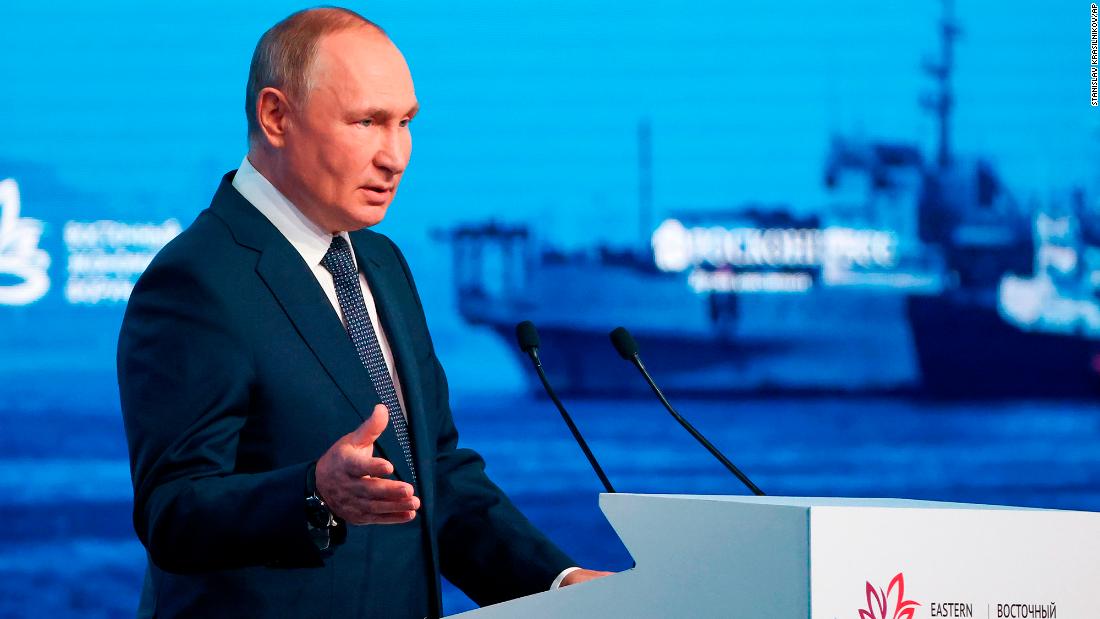 Putin claims Russia has 'lost nothing' over actions in Ukraine, as country looks East for economic assistance - CNN

Russian President Vladimir Putin said on Wednesday that Russia had not lost anything as a result of its ongoing military actions in Ukraine.

Jeff Hertzog @jeffhertzog
07 September, 04:05
#RedChina #X Jinping and #Russia #VladimirPutin are expected to meet at a summit in #Uzbekistan , mapping out a vision for a new international order that is not dominated by the #usa & the West https://www.msn.com/en-us/... 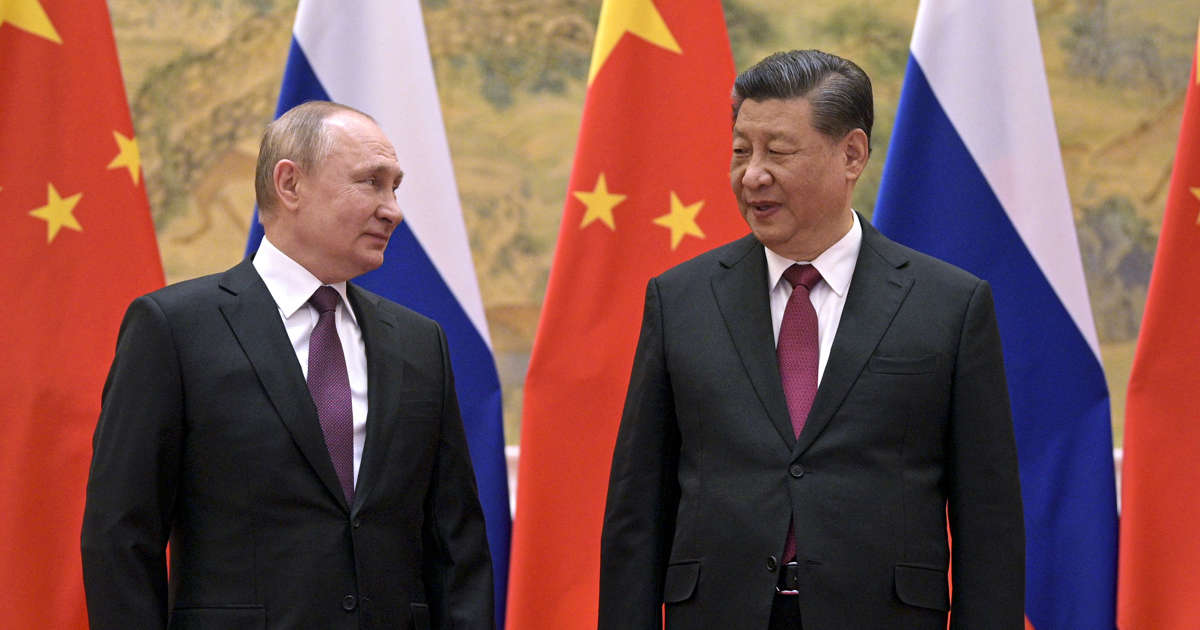 The Russian and Chinese leaders are set to meet at the Shanghai Cooperation Organization summit in Samarkand as they continue to cement a partnership against the West.

Renowned geopolitical and financial cycle expert Charles Nenner says his analysis shows there is big trouble coming for the U.S. dollar. The dollar’s reserve currency status is on its way to being a thing of the past. Nenner explains, “The dollar is still up. We have a target on the dollar of 113 (on the USDX). It’s now around 110, but it’s not going to be surviving as the major currency. People don’t trust what is going on in the United States. . . . We have seen this happen to other countries. We saw this happen to the British. They are going to go to another major currency. The BRIC countries and China are preparing to have an anti-dollar. I have told you for years that the dollar is not going to crash, but now it is time. In a year or so, they will really be getting into trouble with the dollar. If the dollar goes down, of course, the inflation goes even higher. So, actually, there is no way out anymore. Every Federal Reserve President has said let’s keep it going. The dollar is going to collapse, but not in my lifetime, and now there is almost nothing left to do anymore. . . . If you forgive the student loans, you will have a big problem. First of all, it’s impossible. They pretend nothing will come out of it, but it will destroy the economy. When they get out of college, students make 4 or 5 times what other people earn, and it is being paid by the simple people. You are going to have more social unrest than you have ever seen.”

Nenner predicted in May that a “Third of the global population will be killed in next war cycle.” The only good news is that it has been pushed back a little and will not start at the beginning of 2023. Nenner says, “We are going to continue on this pace for war, and it is going to explode in the second half of 2023.”

Nenner says you have seen the lows in interest rates, and the long-term trend is up. Nenner has been out of the bond market for close to a year.

Nenner has never been more bullish on gold and silver. He says because of the massive money printing, there will be massive inflation. Nenner says, “This happened to the Dutch economy. It happened to the British Empire. That’s how it goes. At the end they always print money, and they don’t deserve it. It’s hard to say, but this usually ends in a war. . . . You have to buy gold and silver. . . . Gold will be up strong up until 2027, but you have to have a strong stomach to take the ups and downs.” 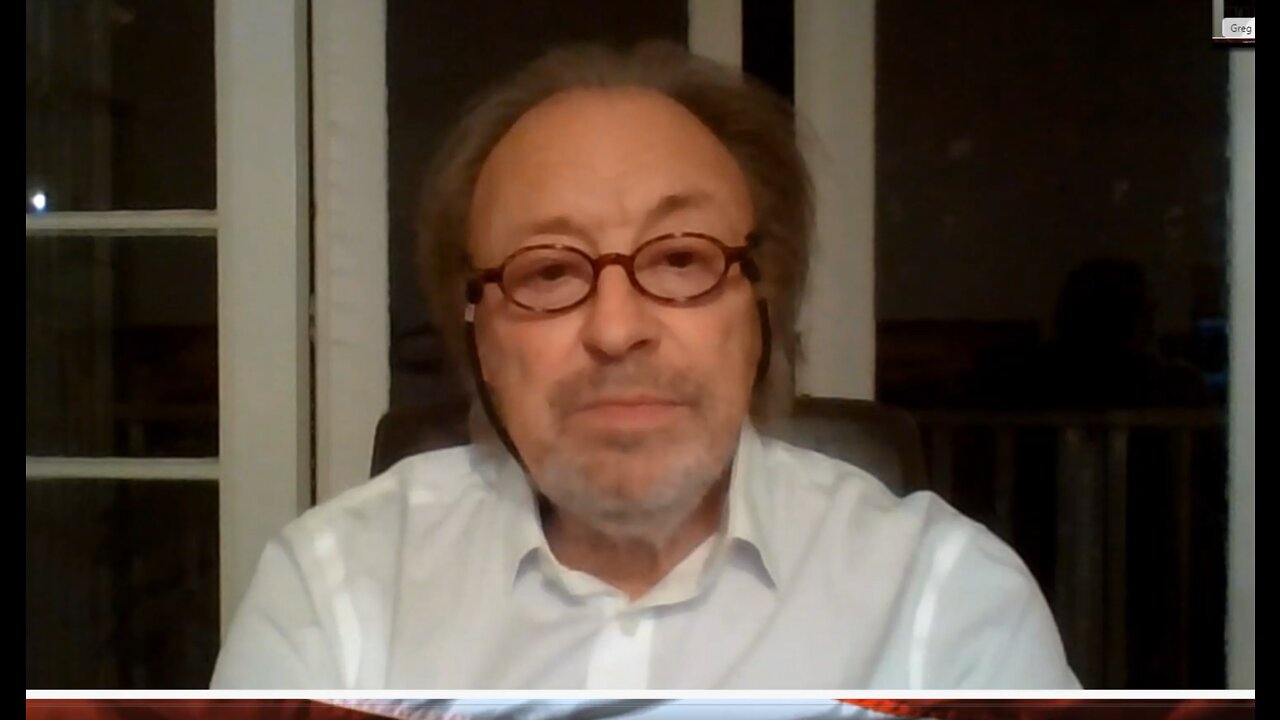 The Anti-Dollar Is Coming – Charles Nenner

There is much more in the 42 min. interview. Join Greg Hunter of USAWatchdog.com as he goes One-on-One with renowned cycle analyst and financial expert Charles Nenner. (9.6.22) To Donate to USAWatchdo