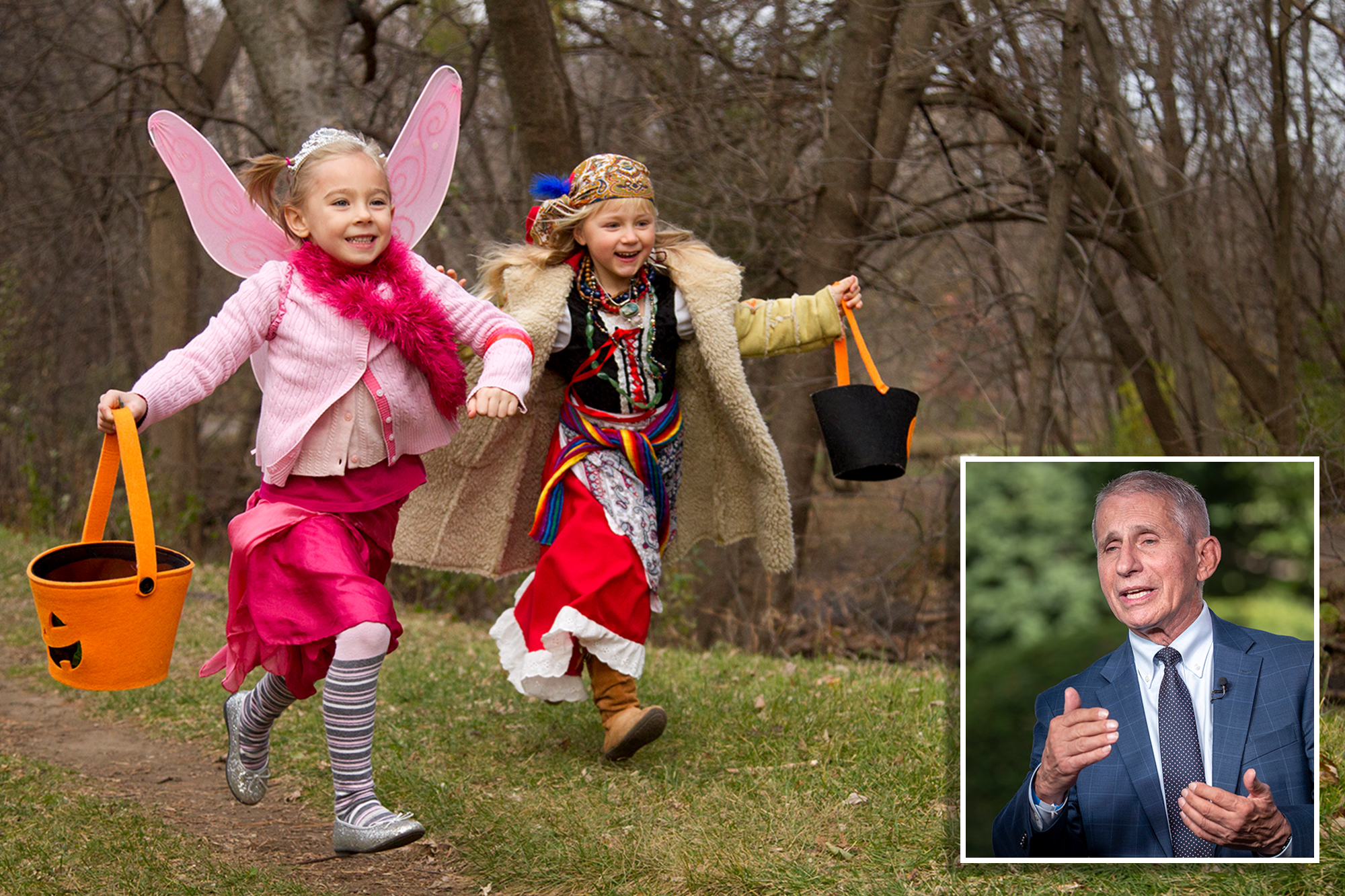 "You can get out there – you're outdoors for the most part, at least when my children were out there doing trick-or-treating – and enjoy it," Dr. Anthony Fauci said.

Your Bible Word of the Day! #1Timothy 4:1-5 #kjv
1 Now the Spirit speaketh expressly, that in the latter times some shall depart from the faith, giving heed to seducing spirits, and doctrines of devils;
2 Speaking lies in hypocrisy; having their conscience seared with a hot iron;
3 Forbidding to marry, and commanding to abstain from #meats , which God hath created to be received with thanksgiving of them which believe and know the truth.
4 For every creature of God is good, and nothing to be refused, if it be received with thanksgiving:
5 For it is sanctified by the word of God and prayer.

Forbidding to eat meat, these Fascists Nazis Communists Satanists Luciferians want us to stop eating red meat and other meats all together, or cut down to stop the lie "Global Warming"
Paul McCartney, #Arnold "Screw Your Freedoms", #AOC worked with #PETA some time back, #GretaThunberg , UK Nurse Kate Shemirani under the guise of "better health", Andrew Yang who wanted to criminalize it, Papa Anticristo (no meat on Fridays), #AlGore but yet he can eat steak, Dr. Joel Fuhrman and his "Nutritarian" nonsense, etc. I am sure you can list more anti Red Meat enemies!

Requesting a Discussion: In Light of #TulsiGabbard 's recent statements/videos, is it time for her to LEAVE the Democrat Party & become an Independent or join a 3rd Party? Or is she full of the devil and just playing the WWE game? - Talk to me #america , what do YOU, the "We the People" think!?

From Tru News: the claim is: #StarofDavid : A Sign of the #Devil (Video) Talk to me #america ! what say you! https://tv.gab.com/channel... 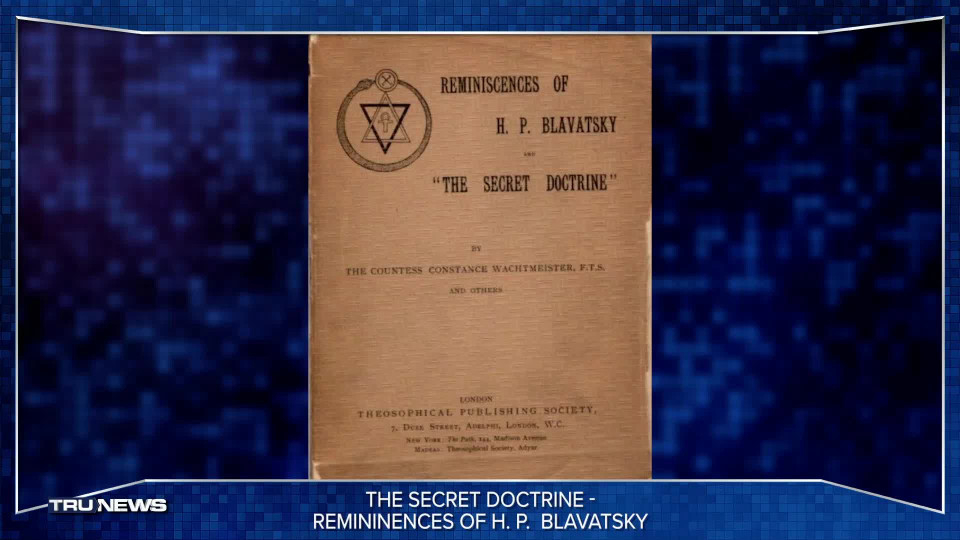 Star of David: A Sign of the Devil | TRUNEWS

<p>The Zionists that seized control of Palestine adopted Madame Blavatsky’s occult image, now referred to as the Star of David.</p> <p>Those wearing or displaying the Star of David are displaying a sign of the devil. It’s occultic. King David never made that symbol.</p> <p..

There's 3 distinct racial types currently living in the physical world. Search Google images for "3 skull types" and you'll see skulls of "caucasoids" (white race), "negroids" (black race), and "mongoloids" (yellow race). Original blacks were two-legged "beasts of the fields" (like in the bible). They share DNA with apes / monkeys (search Youtube for: bullies call him/them monkeys). The original mongoloids were remnants of fallen angels (from the serpent seed). They act like they're benign when they're devilish parasites. We're expected to believe (((they))) are "Judah-ites" when they're actually hybridized mongoloids (with Esau or Japheth). The people who are often labelled as "indigenous" (or "aboriginal", "native", or the like) also have mongoloid origins. Historically, caucasoids (who are Adamites, created in God's image) built and maintained great societies, until (((they))) ruined everything with "diversity" (involving unfiltered immigration, affirmative action, and race-mixing), in addition to usury, Babylonian bureaucracy, degenerate entertainment, and schools of communist indoctrination. We're forced to believe their fake history (whites = bad/evil; non-whites = oppressed innocence), and worship their fraudulent so-called "experts" (of astronomy, algebra, physics, medicine, and whatever), without any question; otherwise, we're crazy evil stupid "anti-S(h)em-itic" conspiracy theorists, when it's the white Europeans who are the true Shemites. Yahweh (YHWH) is the holy spirit, our father, the creator of this "physical world" (our spiritual training ground). YHWH made himself physically born (as "Yahusha" or "Jesus", or whatever you prefer) through the purest part of the Adamic bloodline. In the physical world, he's been the "Son of Man/Adam", and the "King of Kings" (genetically from Judah, the king/lion tribe, through King David's branch), and the "Ultimate High Priest" (genetically from Levi, the priest tribe, through Mary Magdalene).

"I know the blasphemy of them which say (((they))) are Jews [Judah's bloodline], & are not, but are the synagogue of Satan." (Rev 2:9) "Jesus saith unto them, If ye were Abraham's children [genetically from Jacob/Israel tribes], ye would do the works of Abraham. Ye are of your father the devil [Canaanite hybrids, through Esau at best], & the lusts of your father ye will do. He was a murderer from the beginning, & abode not in the truth, because there is no truth in him. When he speaketh a lie, he speaketh of his own: for he is a liar, & the father of it." (John 8:39 & 8:44) "Jacob have I loved, but Esau have I hated." (Rom 9:13) "Esau [who is Edom according to Genesis 36] was forty years old when he took to wife Judith the daughter of Beeri the Hittite [Canaan bloodline; fallen angel hybrids through Ham], & Bashemath the daughter of Elon the Hittite: Which were a grief of mind unto Isaac & to Rebekah." (Gen 26:34-35; cross-referenced with Genesis 36:2) "The Hittites, & the Amorites, & the Perizzites, & the Hivites, & the Jebusites, were not of Israel [not Jacob's bloodline]." (2 Chr 8:7) "Thou shalt utterly destroy them; namely, the Hittites, & the Amorites, the Canaanites, & the Perizzites, the Hivites, & the Jebusites; as the LORD [YHWH / Yahweh; not Lord / Adonai / Ba'al) thy God hath commanded thee: That they teach you not to do after all their abominations, which they have done unto their gods; so should ye sin against the LORD your God." (Deu 20:17-18) "The people of Israel, & the priests, & the Levites, have not separated themselves from the people of the lands, doing according to their abominations, even of the Canaanites, the Hittites, the Perizzites, the Jebusites, the Ammonites, the Moabites, the Egyptians, & the Amorites. For they have taken of their daughters for themselves, & for their sons: so that the holy seed have mingled themselves with the people of those lands: yea, the hand of the princes & rulers hath been chief in this trespass." (Ezra 9:1-2)