Jeff Hertzog @jeffhertzog
19 October, 08:41
Pay Attention!
New law up for vote #DomesticTerrorist #Ohio
New law to be voted on in Ohio to make Americans domestic terrorists to be detained indefinitely.
Issue 1
Proposed #Constitutional #Amendment
TO REQUIRE COURTS TO CONSIDER FACTORS LIKE PUBLIC SAFETY WHEN SETTING
THE AMOUNT OF BAIL
Proposed by Joint Resolution of the General Assembly
To amend Section 9 of Article I of the Constitution of the State of Ohio
A majority yes vote is necessary for the amendment to pass.
The proposed amendment would:
• Require Ohio courts, when setting the amount of bail, to consider public safety, including the
seriousness of the offense, as well as a person's criminal record, the likelihood a person will return
to court, and any other factor the Ohio General Assembly may prescribe.
• Remove the requirement that the procedures for establishing the amount and conditions of bail be
determined by the Supreme Court of Ohio.
If passed, the amendment will be effective immediately.
#WakeUpOhio
https://video.social1776.c... 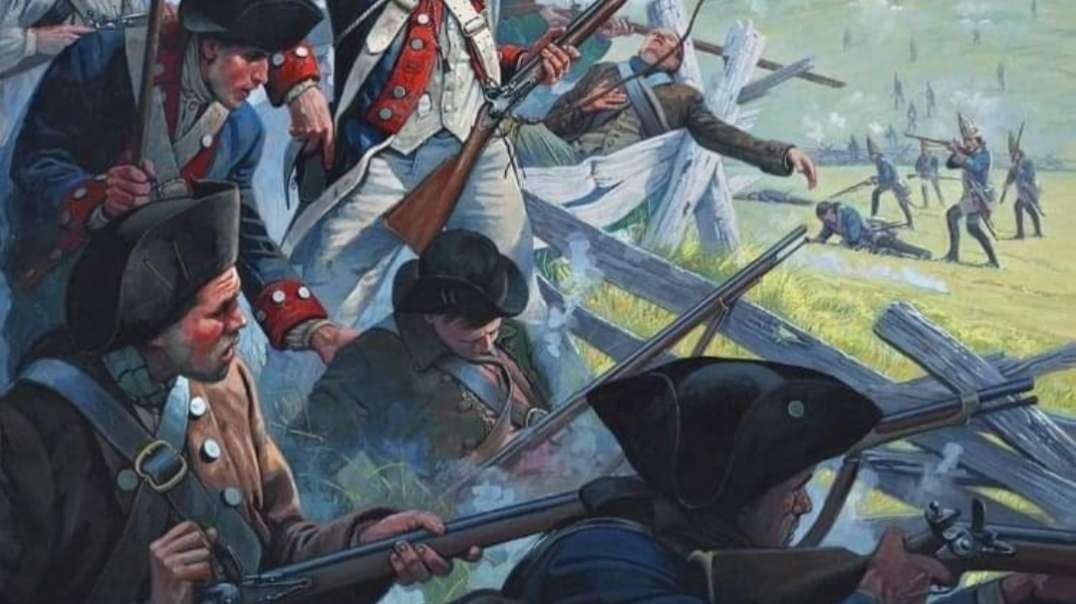 New law to be voted on in Ohio to make Americans domestic terrorists to be detained indefinitely. Issue 1 Proposed Constitutional Amendment TO REQUIRE COURTS TO CONSIDER FACTORS LIKE PUBLIC SAFETY WHEN SETTING THE AMOUN

https://newswithviews.com/...
By Lex Greene October 15, 2022 Leftist controlled pollsters are doing the best they can to make it look like democrats are running close races in the 2022 mid-terms. Certainly, election fraud will play a major role in the election, just like 2020. But democrats are so far behind this time, that efforts to steal another election will be blatantly obvious to everyone. Cheating is the only chance democrats have now, so they WILL cheat.

Here’s how socialist democrats have painted themselves into a corner that they won’t be able to escape this time, so long as every AMERICA FIRST voter shows up to vote in person on November 8th.

To sum it all up, today’s democrats are not democratic at all, nor are they liberal or progressive. Instead, they are anti-American socialists, working in concert with demonic global criminals like Klaus Schwab in a maniacal “global reset” scheme designed to destroy the sovereignty, security, freedom, peace, and tranquility of every nation on earth, including the USA. Even card-carrying Marxist Bernie Sanders is calling out democrats for being “dangerously too far left.” Lifelong democrats like Tulsi Gabbard are speaking out more harshly towards democrats than even republicans do.

But specifically, here’s the corner democrats have painted themselves into, and every sane Citizen can see it now.

CONSTANT VIOLATIONS OF THE CONSTITUTION

Our Federal Government is created, directed, and authorized by the US Constitution. The government has no right to exist at all, other than by that document. The stated purpose is as follows…

Six simple foundational purposes of our government, and democrats have openly worked to undermine and destroy all six.

Instead of working around the clock to “form a more perfect union,” democrats have worked around the clock for decades to divide Citizens, pitting each against another over race, creed, color, religion, gender, and sexual orientation, along with political views, going so far as to openly label half of the country “domestic terrorists, insurrectionists, extremists, bigots, and white supremacists.” They are the party of division, not unity.
Instead of establishing and upholding justice, democrats have weaponized federal agencies like a gestapo against their AMERICA FIRST political opponents. Democrats have replaced justice with social justice, the business of government dictating winners and losers. They have destroyed “equality” in favor of Marxist “equity.”
BLM and ANTIFA are both Democrat Party street gangs organized, funded, directed, mobilized in an instant, and defended by democrats, have burned and looted cities all across the country, funding through ACT BLUE (a DNC international money laundering scheme). They have created chaos, destruction, death and billions in financial losses, the total opposite of domestic tranquility.
Provide for the common defense? The democrats have insisted upon a wide open border flooding the USA with millions and millions of illegal aliens, shipping them to cities all across the country and then fighting to gain voting rights for those illegal invaders, many of them violent criminals in their own countries. Democrats are actively engaged in an overt takeover of the USA via illegal “migration” from 3rd world toilets all over the globe. They are also engaged in causing wars around the world, now threatening war on US soil, or even a nuclear exchange.
As to promoting the general welfare of all Citizens, democrats are directly infringing upon the protected Rights of all Citizens, focused on providing “taxpayer funded welfare” for their democrat voters, illegal aliens, foreign Middle Eastern terrorists, terrorist states like Afghanistan (Taliban, ISIS, and Al Qaeda) and nearly a trillion dollars for the “general welfare” of their puppet government in Ukraine.
Last, but certainly not least, all of their actions directly threaten the Blessings of Liberty to ourselves and our Posterity. Worse than at any time in US history, our younger generations see no positive future for themselves, leading to record violent crime in our cities, and skyrocketing suicide rates.

Why Democrats WILL lose 2022 BIG – News With Views

By Lex Greene October 15, 2022 Leftist controlled pollsters are doing the best they can to make it look like democrats are running close races in the 2022 mid-terms. Certainly, election fraud will play a major role in the election, just like 2020. But democrats are so far behind this

Jeff Hertzog @jeffhertzog
06 October, 06:32
All of Us Are in Danger: When Anti-Government #Speech Becomes #Sedition
Things are about to get even dicier for those who believe in fully exercising their right to political expression. #1a #FirstAmendment https://www.rutherford.org...

Jeff Hertzog @jeffhertzog
23 September, 07:25
#FBI vindictively retaliated against a 12-year #Veteran and a #SWAT -team member who blew the whistle on the agency for encouraging and incentivizing agents to artificially inflate the threat of "domestic violent extremism." https://www.informationlib... 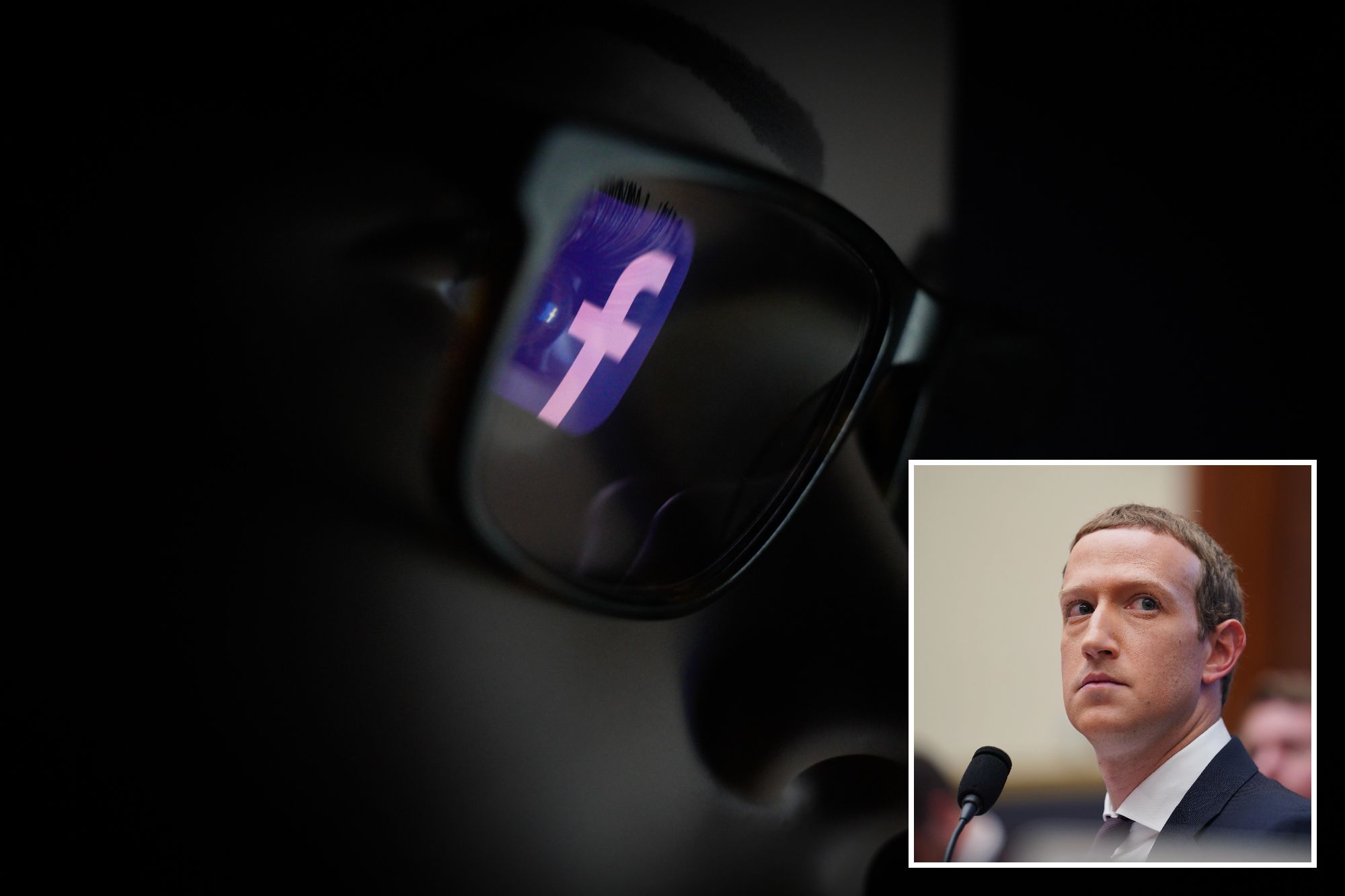 Facebook spied on private messages of Americans who questioned 2020 election

Facebook has been spying on the private messages and data of American users and reporting them to the FBI if they express anti-government or anti-authority sentiments — or question the 2020 election — according to sources within the Department of Justice.

Jeff Hertzog @jeffhertzog
25 August, 06:06
#MTG #MarjorieTaylorGreene Responds to Being SWATTED at Home by #DomesticTerrorist – “They Wanted to Get Me Killed” https://www.newswars.com/e... 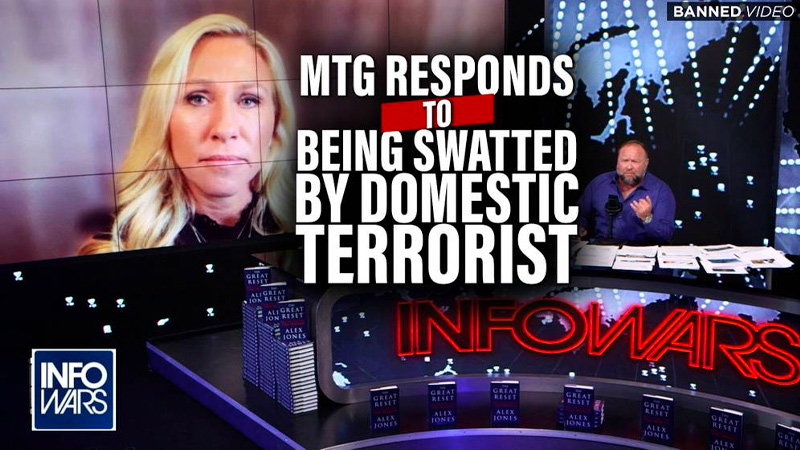 EXCLUSIVE: Marjorie Taylor Greene Responds to Being SWATTED at Home by Domestic Terrorist – “They Wanted to Get Me Killed” – NewsWars

Jeff Hertzog @jeffhertzog
01 August, 04:36
#america is a #Republic ! NOT A "Democracy"
#unitedstates #constitution , Article 4, Section 4
The United States shall guarantee to every State in this Union a Republican Form of Government, and shall protect each of them against Invasion; and on Application of the Legislature, or of the Executive, against domestic Violence.
#JamesMadison , the 4th #potus and Father of our #constitution , said of #Democracy :

“Democracies have ever been spectacles of turbulence and contention, have ever been found incompatible with personal security of personal rights of #property , and have in general been as short in their lives as they have been in their violent deaths.”

Jeff Hertzog @jeffhertzog
04 July, 06:02
On This 4th of July, Don’t Celebrate #freedom Too Much Or You Could Be Deemed a ‘ #DomesticTerrorist’ https://thefreethoughtproj...

Dr. David Martin has a deep medical science and investment resume. Dr Martin also runs a company (M·CAM International) that finances cutting edge innovation worldwide. He is also one of the key people seeking justice in lawsuits suing medical companies and the federal government involved in delivering the so-called vaccines for CV19. In simple terms, according to Dr. Martin, the CV19 vaccines are “bioweapons.” Big Pharma and the government knew it and also knew it would cause massive deaths and permanent injuries. Dr. Martin says, “It’s going to get much worse. . . . It is not a Corona virus vaccine. It is a spike protein instruction to make the human body produce a toxin. . . . The fact of the matter is the injections are an act of bioweapons and bioterrorism. They are not a public health measure. The facts are very simple. This was premeditated. . . . This was a campaign of domestic terror to get the public to accept the universal vaccine platform using a known biological weapon. That is their own words and not my interpretation.”

How many will die from the CV19 bioweapons? Dr. Martin says, “By their own estimate, they are looking for 700 million people globally, and that would put the U.S. participation in that of the injected population as 75 million to 100 million people. . . . There are a lot of reasons why they hope it will be between now and 2028 because there is this tiny little glitch of the illiquidity of the Social Security, Medicare and Medicaid programs. So, the fewer recipients of Social Security, Medicare and Medicaid, the better. Not surprisingly, the recommendation was people over the age of 65 were the first ones to get injected.”

Dr. Martin thinks the catastrophic effects of the CV19 injections will hit the medical industry soon. Dr. Martin explains, “The dirty secret is . . . there are a lot of pilots having micro vascular and clotting problems, and that keeps them out of the cockpit, which is a good place to not have them if they are going to throw a clot for a stroke or a heart attack. The problem is we are going to see that exact same phenomenon in the healthcare industry and at a much larger scale. So, we now have, along with the actual problem . . . of people getting sick and people dying, we actually have that targeting the healthcare industry writ large. Which means we are going to have nurses and doctors who are going to be among the sick and dead. That also means the sick and the dying are also not going to get care.”

Dr. Martin and his group are suing everybody from President Biden along with the FDA, CDC, Pfizer, Moderna and many others over the deaths and injuries from the CV19 bioweapons fraudulently passed off as “vaccines.” The next big court case is July 6, 2022, in federal court in Utah. Dr. Martin contends “this is far worse” than the Nuremberg trials of Nazis after WWII and adds, “This is organized crime. . . . They have hidden behind the immunity shield that absolves them of product liability by naming the delivery of a bioweapon–a vaccination program. . . . This is actually a criminal act. This is an act of domestic terror, and it is an anti-trust violation. This is racketeering. This is old school racketeering, and it is no different than the mob in the 1920’s. This is old school racketeering for personal gain and profit at the expense of human lives. You need to call it what it is, and it’s organized crime. I would say the Nazis were better than the people who are doing this. . . . The real question is why did American citizens develop a weapon to kill Americans and get paid to do it? That is a morally outrageous question, and, unfortunately, almost no one is asking it.”

Join Greg Hunter od USAWatchdog.com as he interviews Dr. David Martin, the top expert in the ongoing and unfolding CV19 vax genocide and litigation for 6.21.22. To Donate to USAWatchdog.com Click Here 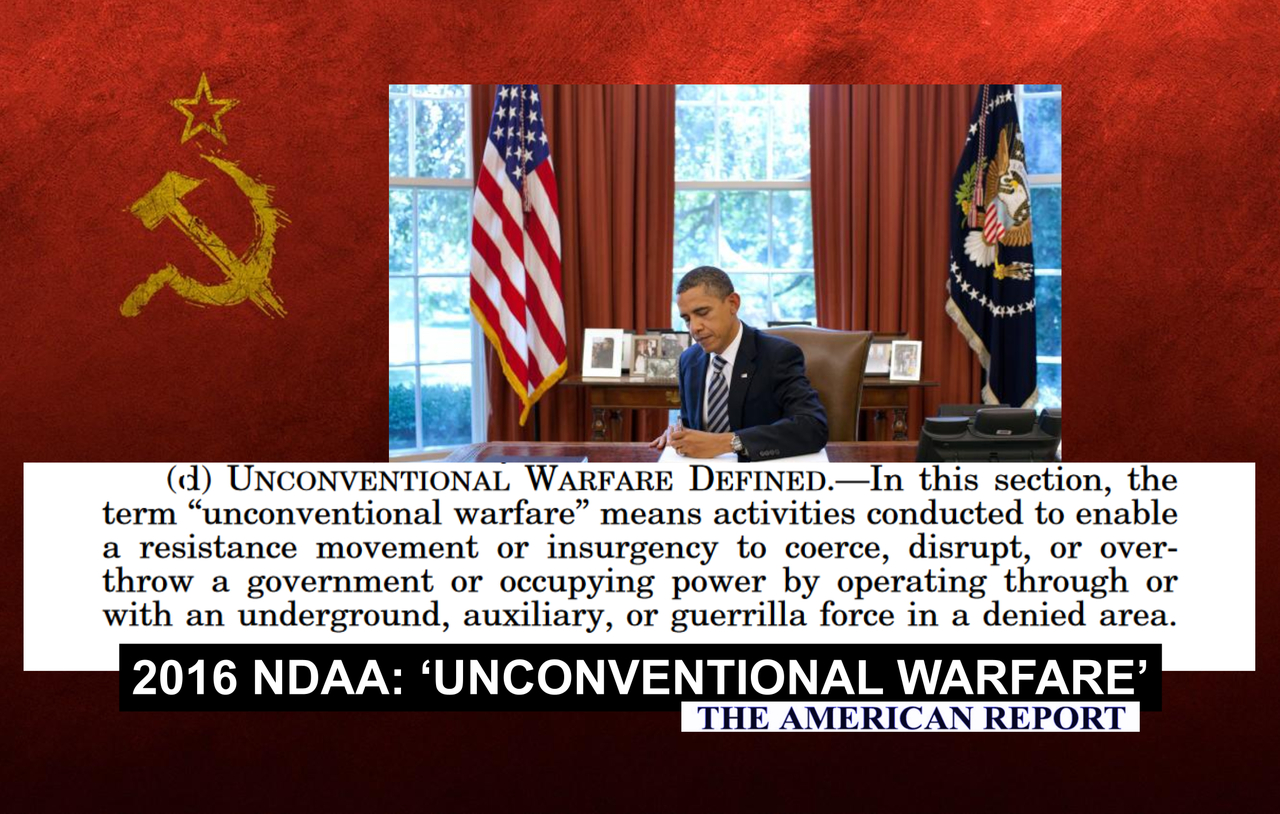 Green Beret J6 Political Prisoner: Obama Added ‘Unconventional Warfare’ To 2016 NDAA “Because you [The American People] are the guerilla force and the domestic .. 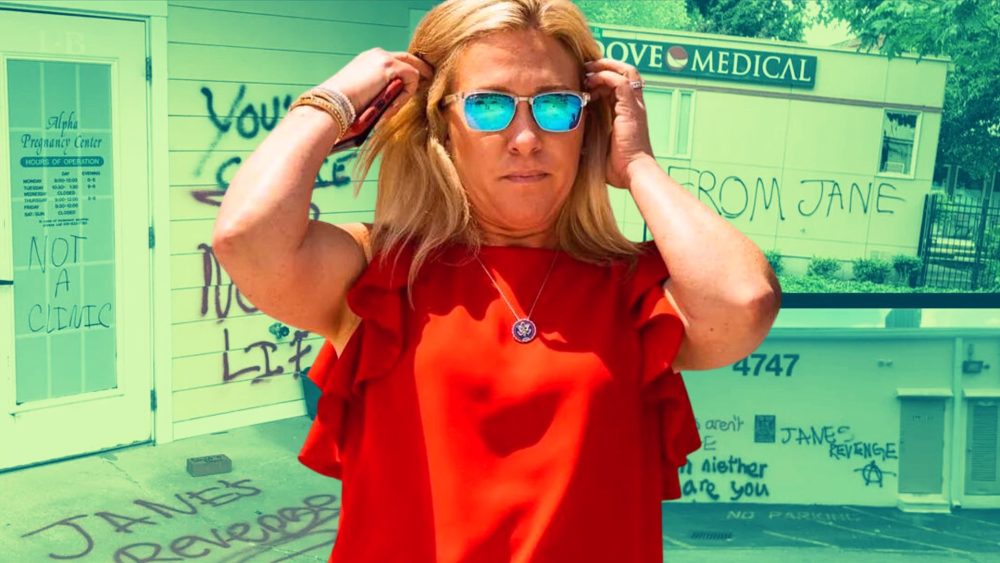 Congresswoman Marjorie Taylor Greene has authored a bill which would designate radical anti-life, pro-mass abortion groups Jane’s Revenge and Ruth Sent Us as domestic terror factions, following a spate of vicious attacks on pro-life groups as well as the recent attempted murder of Supreme Cour..

Jeff Hertzog @jeffhertzog
23 June, 04:01
#ukraine Has Lost This War: Top Army Colonel Says West ‘Doubling Down on Failure’
#Russia controls territory responsible for 80% of Ukraine's gross domestic product and is now preparing to annex it into the Federation, according to Ret. Col. Douglas MacGregor. https://www.newswars.com/u...