Jeff Hertzog
3 hours ago
In Case You Missed it or did not watch:
From My #Bitchute , Last Show I did #ginojennings #JimmySwaggart #DonnieSwaggart #SonlifeBroadcasting - #WEF #KevinMcCarthy #TulsiGabbard #Rothschild #Jesuits #america – have you finally have had it? https://www.bitchute.com/v...
Read more

Jeff Hertzog
5 months ago
Congratulations #america you should why I say #AmericaUnderJudgement #AmericaInApostasy - Instead of donating to the over 25 #socialmedia Platforms I am on to keep #FreeSpeech going, NO THEY ARE NOT MAKING ANY MONEY, I KNOW THAT I KNOW THE COSTS OF SOCIAL MEDIA! Nor offer to help disabled handicapped people like ME (all I ask is crumbs to keep my websites going), nor help those in need, you chose to obey #Satan #Lucifer #Beelzebub by giving to #SonlifeBroadcasting again, to #JimmySwaggart #DonnieSwaggart #GabrielSwaggart so he can get his Post Hole/Piled High & Deep Degree, their henchmen, Loren Frank Larson, Joseph P. Larson, Grace Anna Larson Brumley, the Rosenstern Brothers, etc. I wake up every morning at 2AM suffering in pain from Nursing Abuse in 2018 & I pray daily & literally CRY OUT for ALMIGHTY GOD TO JUDGE AMERICA! You like America now guys with all the floods, fires, etc. etc.???? 😡😡😡😡😡😡😡😡😡😡😡
Read more 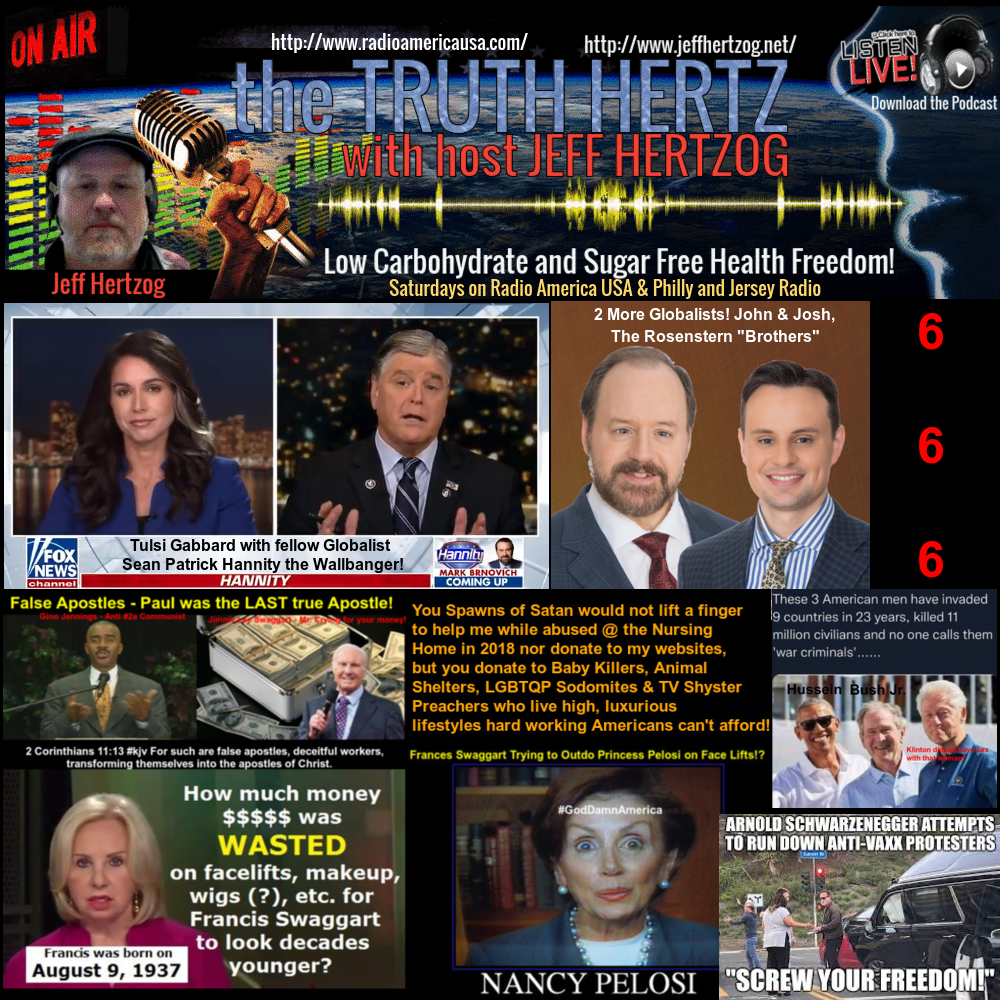 Jeff Hertzog
6 months ago
1 of a few reasons #SonlifeBroadcasting is boycotted, go back to #2012 !
The cocky arrogant son of #JimmySwaggart #DonnieSwaggart slandered and attacked Dr. #RonPaul as this video show, Dr. Paul should of sued Donnie and take him to the cleaners!
IF Dr. Paul would of won the #potus in 2012, there would not been a 2nd Barack Hussein #Obama Soetoro Soebarkah term, NOR there would this fascist-communist tyrant occupying the #WhiteHouse today! you still want to give your money to the #Swaggart family!? Guess I have to personally, for real declare you my enemy and a threat to me!

BTW, THERE WERE NO APOLOGIES TO DR. PAUL! https://youtu.be/Ik6EfrvF9...
Read more 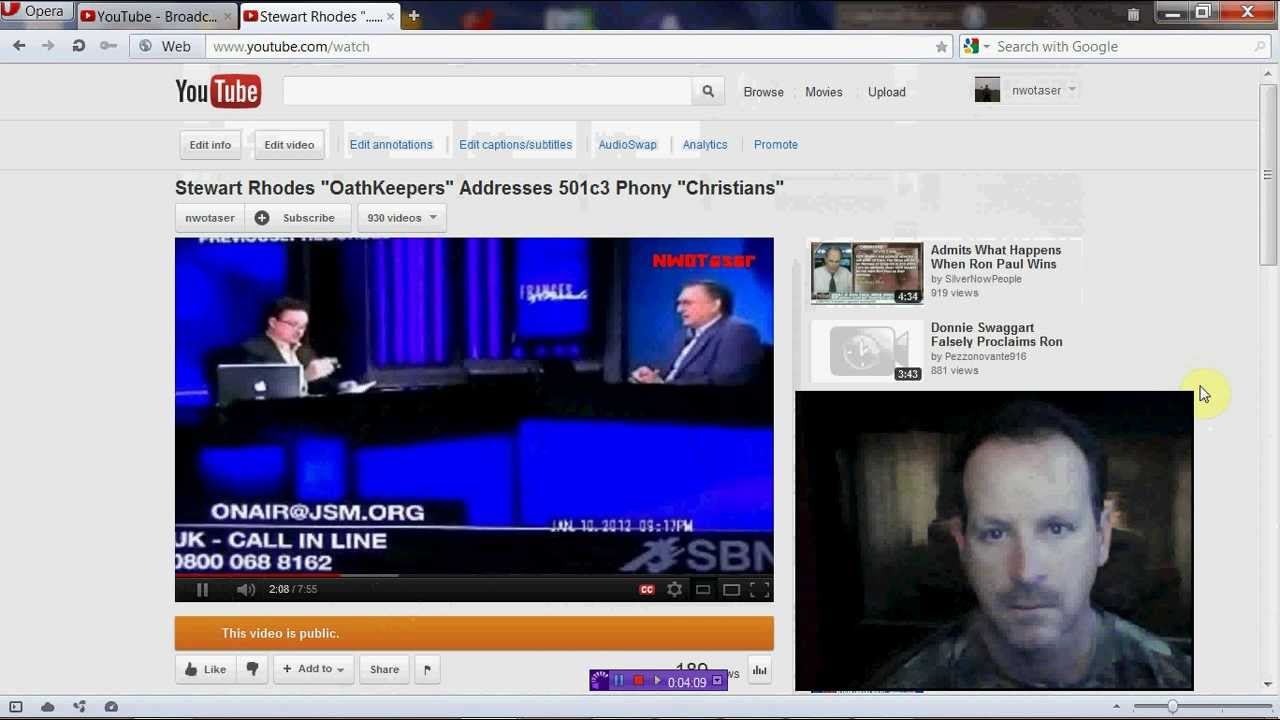 http://InfoWarsNightlyNews.nethttp://FreedomNetDaily.com501c3 Donnie and Francis Swaggart prove they are Neo-Con's in disguise first attacking Ron Paul and A...

Jeff Hertzog
6 months ago
Continue to boycott #SonlifeBroadcasting - #sonlife – owned/operated by #JimmySwaggart his 68 year old son the arrogant #DonnieSwaggart and Donnie’s son #GabrielSwaggart as on Thursday 08-11-2022 the Rosenstern Brothers are at it again (the father & son team John/Josh) – Josh made mockery of those who proved that out of the 87,000 new #IRS agents that 70,000 will be armed agents of the state. You still want to give money to these televangelist shysters?

BTW, the Rosenstern Brothers own their own “Rosenstern Group – Morgan Stanley” Do some long hard research, as #MorganStanley has Globalist ties, including the #KochBrothers & their friend #GeorgeSoros thus making them #Rothschild #Zionists !
Read more

Jeff Hertzog
6 months ago
Photo – Up On My Now Closed Internet Radio Station, Radio America USA – Announcement After August 15, 2022 - #Swaggart #nancypelosi #JimmySwaggart #DonnieSwaggart #GabrielSwaggart #ginojennings #sonlife http://www.radioamericausa... – many chose to donate to all the Preacher Shysters instead of donating to me and all the alternate platforms.
Read more 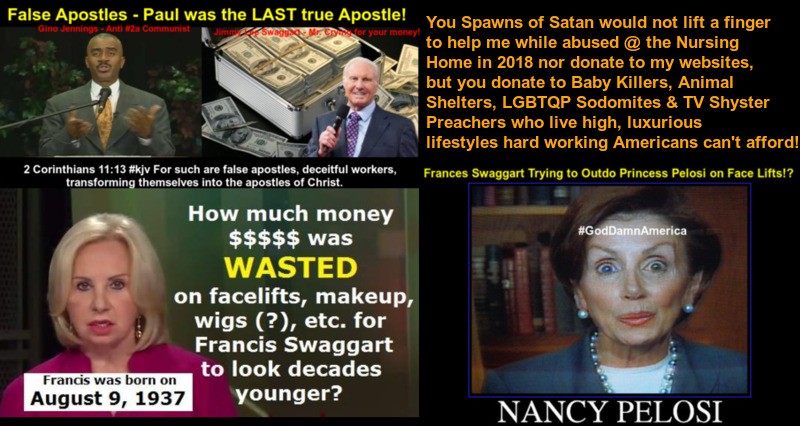 Jeff Hertzog
9 months ago
SHOW THIS VIDEO TO THE ROSENSTERN BROTHERS who work for #SonlifeBroadcasting owned by #JimmySwaggart , his son #DonnieSwaggart & Grandson "Pastor" #GabrielSwaggart (who have wrongfully & evil attacked Alex Jones for telling the truth!) Video Proof: #AlexJones Is A Protector Of #Children ; Throwback footage of a young AJ ! Don't be a gutless coward! have Guts & Gonads! Send this to #SBN / #JSM & RAM IT DOWN THEM GLOBALIST THUGS in Baton Rouge! https://www.newswars.com/v...
Read more 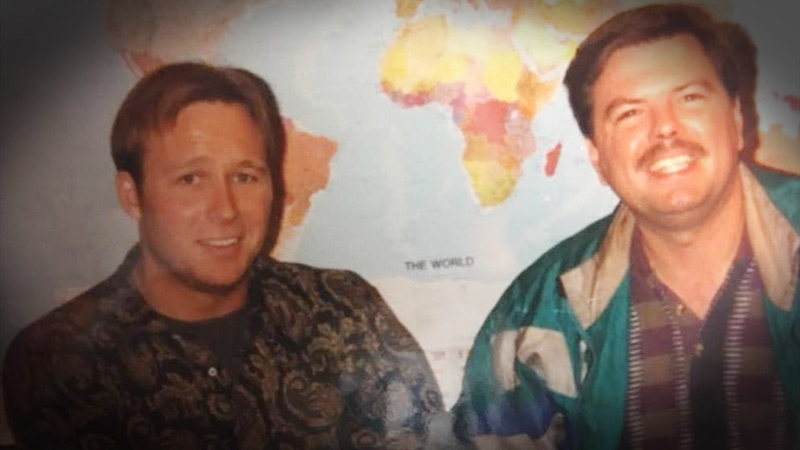 Video Proof: Alex Jones Is A Protector Of Children – NewsWars