Jeff Hertzog @jeffhertzog
26 July, 05:04
A Lot Of ‘Honest US #Citizens’ Think #joebiden Is One Of The Best #potus In The Country Right Now – But Are They Real? https://defiantamerica.com...

Jeff Hertzog @jeffhertzog
24 June, 07:28
Why are the Nation’s #Pharmacies and Retail Outlets Refusing to Give the New #FDA -Authorized #covid Shots to #Babies ? https://healthimpactnews.c...

Jeff Hertzog @jeffhertzog
22 June, 05:48 (E)
#america is Now the Only Country in the World that Authorizes #covid Shots for #Infants
(this is an #Abomination !) #Revelation 21:8 #kjv But the fearful, and unbelieving, and the #abominable , and murderers, and whoremongers, and sorcerers, and idolaters, and all liars, shall have their part in the lake which burneth with fire and brimstone: which is the second death.

https://articles.mercola.c...
Story at-a-glance
COVID-19 is clearly no longer an emergency. The real emergency now is the continued use of the COVID “vaccines,” because they’re creating injuries on a level that is truly alarming and unprecedented. VAERS data reveal the COVID jabs have caused more harm in 18 months than all other vaccines on the market, combined, over the past three decades
Raw data from the Pfizer trial also show the shots were associated with an increased risk for death from the start, and both Pfizer and the FDA knew it
Data also show highly “vaccinated” and boosted nations are now experiencing record case and death rates from COVID compared to countries with low injection rates
We’re now finding the COVID shots have negative efficacy, meaning, if you have received the shot and are exposed to COVID, you are more likely to get sick, not less likely, compared to someone who is unvaccinated
The Frontline COVID-19 Critical Care Alliance (FLCCC) has developed a protocol for those injured by the COVID jabs called I-RECOVER, which you can download from covid19criticalcare.com in several different languages

Board-certified pathologist Dr. Ryan Cole has treated more than 500,000 patients, and he is an expert in postmortem examination. Dr. Cole has a long resume, including a five-year stint at the Mayo Clinic. Dr. Cole was one of the very first doctors to come out and question the entire Covid19 narrative and the extreme push for CV19 vaccine injections for all. He has been attacked relentlessly and lost half his medical diagnostic business, but he’s still fighting and telling the truth about the huge lies and deadly mistakes by the medical establishment, especially when pushing the CV19 injections. Dr. Cole says, “I know there was a lot of coercion, which is very unfortunate because it’s not what we do in medicine, yet, for whatever reason, we went into this mass psychosis societally and said, hey, it’s great to experiment on an entire world population, which is absolute insanity. . . . So, we are using a dangerous gene-based product without long term safety studies. A lot of people have received it. We are seeing damage and autoimmune disease. We are seeing death from all causes at increased rates. . . . Scientifically, we are at the beginning . . . . as we go through the complexed mechanisms of what this is doing to the body, I think we are seeing the tip of the iceberg right now. My warning to humanity is don’t get another one of these (CV19 vaccines). It’s a dose dependent poison curve. The more you get, the worse off you are going to be. . . . This is immunological insanity. We need to stop this . . . . Plus, that persistent mRNA, we don’t know when that turns off, and we know that is causing all this immune harm. We need to stop this immediately. We need to stop the FDA and CDC and what they are pushing. . . . We need to wake up and acknowledge there is vaccine harm.”

Dr. Cole goes on to explain, “This shot was a mistake. We rolled it out on humanity as an experiment. We were told it was approved, safe and effective, and they lied to humanity. The problem is it’s a nuclear bomb platform. It’s a Lipid Nanoparticle plus a modified mRNA that you can’t turn off. It’s a nuclear bomb, and we don’t know the long-term safety and outcomes.”

Dr. Cole is seeing dramatic increases in all types of illness such as aggressive cancers, heart disease, strokes, brain problems and autoimmune disease to name a few. Dr. Cole says, “We are damaging the immune system. Why are so many people getting sick with other things right now? Because their immune system is suppressed. . . . Is there malicious intent behind what they are doing? I can’t prove that. Do I think with all the harm we are seeing that there are very unfortunate characters knowing that they are doing harm to people? Yeah, I do. Genocide for profit are strong words, but it’s hard to argue with it at this point. We are seeing so much harm, and we are not seeing anybody stopping it.”

One thing that is getting stopped is scientific investigations in the form of autopsies. Dr. Cole says only a few thousand autopsies have been done on people killed by the CV19 vax, and there should have been100,000 autopsies done by now. Dr. Cole points out, “Autopsies are how we learn about disease. When Dr. Fauci said publicly early on ‘don’t do autopsies,’ I thought because you are covering up the findings. You can’t find for that for which you don’t look. . . . To deny this opportunity to the professionals and scientists of the world, or to tell them not to do autopsies, that’s corrupt.”

Dr. Cole says anyone who has a family member, especially a young family member, with an unexplained or mysterious death, should demand an autopsy to find out if the CV19 vax killed your loved one. 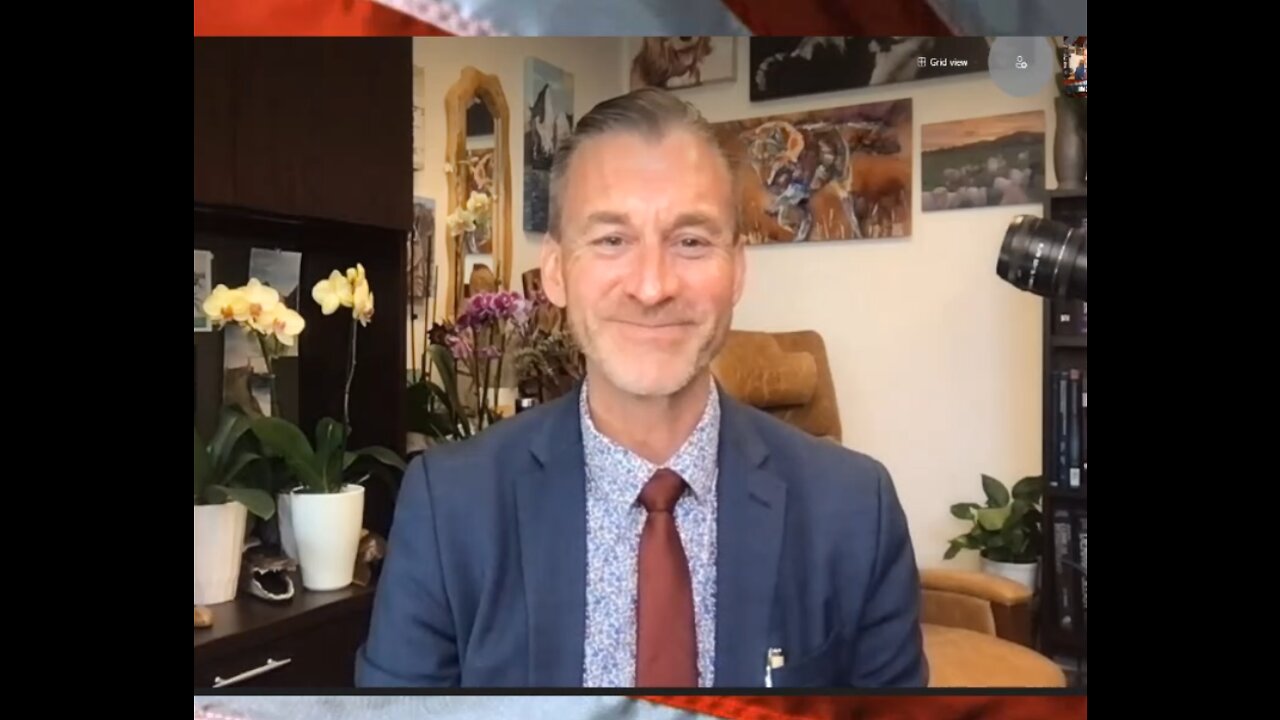 There is much more information in the one-hour and eight-minute interview. Join Greg Hunter of USAWatchdog.com as he goes one-on-one with pathologists Dr. Ryan Cole, as he exposes the covid lies that

Jeff Hertzog @jeffhertzog
31 May, 07:27
#FDA had Data Showing 82% – 97% of #pregnant Women Injected with the #pfizer #covid19 #vaccine Lost Their Babies Before Approving the Shots https://healthimpactnews.c...

Ragnar Snedeker @RagnarSnedeker
16 May, 02:16
https://www.brighteon.com/... No matter how many people are hauked away in ambulances after these shots, many people still will never learn. Safe and effective? Bullshit. All medicines take time to study and safely create. Had these so-called vaccines been around for 10 or more years, maybe there would be less skepticism.

Jeff Hertzog @jeffhertzog
14 May, 08:42
#ArrestBillGates – #BillGates : #ConspiracyTheories About Me That Convince People Not To Take #covid Shots Are ‘Tragic’ – #Gates says #Government needs to find "creative" ways to convince #vaccine - skeptical Americans to get the COVID injection and find out "who those people trust." https://www.newswars.com/b...