https://www.bitchute.com/v...
“The Shadow State,” a feature documentary by The Epoch Times, takes a deep dive inside the environmental, social, and governance (ESG) industry, an emerging multitrillion-dollar power structure that unites governments with corporations in the march toward a brave new world of climate and social justice. See how it works, what its goals are, and who is driving it. Will this new global alliance bring us a cleaner, more peaceful, more equitable future, or will it bring shortages, poverty, and political instability? Will this partnership of government with banking and tech giants deliver prosperity and freedom, or will it control our lives in ways that 20th-century totalitarians only dreamed of? https://www.theepochtimes.... 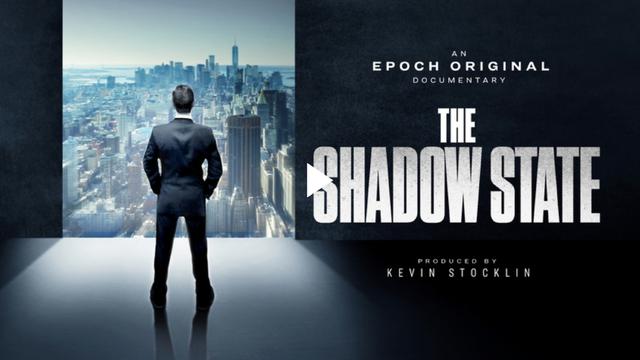 “The Shadow State,” a feature documentary by The Epoch Times, takes a deep dive inside the environmental, social, and governance (ESG) industry, an emerging multitrillion-dollar power structure that unites governments with corporations in the march …

Jeff Hertzog @jeffhertzog
21 November, 07:30
Reminder AND FOR NEW & RECENTLY NEW FOLLOWERS!
I am a survivor of Nursing Home Abuse #NursingHome & almost KILLED! Still NO Justice! On My Personal Website http://www.jeffhertzog.net the WAR goes on even against #UniParty #democrats #republicans - the Nursing Home was #Federal & #State funded!
#DEMANDAPITALPUNISHMENT FOR ALL OF THEM NURSING HOME ABUSERS INCLUDING THE #Fascist #NAZI #Communist #Totalitarian #Tyrannical #Satanic #Luciferian #covid LOCKDOWNS AND FACE DIAPERS/MASKS!!

NO AMNESTY!
NO REPRIEVE!
NO MERCY!

#restoreTheMilitia - COUNTY BY COUNTY - ARTICLE 1 SECTION 8 CLAUSES 15 & 16 INCLUDING AUTOMATIC WEAPONS, CANNONS, TANKS!! SHALL NOT BE INFRINGED! NO BACKGROUND CHECKS! THAT IS EVIL!

Jeff Hertzog @jeffhertzog
17 October, 06:59
The #PatriotAct – still is amongst the most Anti-Constitutional, #Tyrannical Oppressive #draconian #Totalitarian #Fascist , #NAZI & Communist “Law” #america still suffers under today – Pretend Legislation – Candidates YOU want to vote for, will they fight to the end to get this #Satanic #Luciferian Act reversed? Only the Bush-Klinton-#Obama Gangsters are for keeping this! 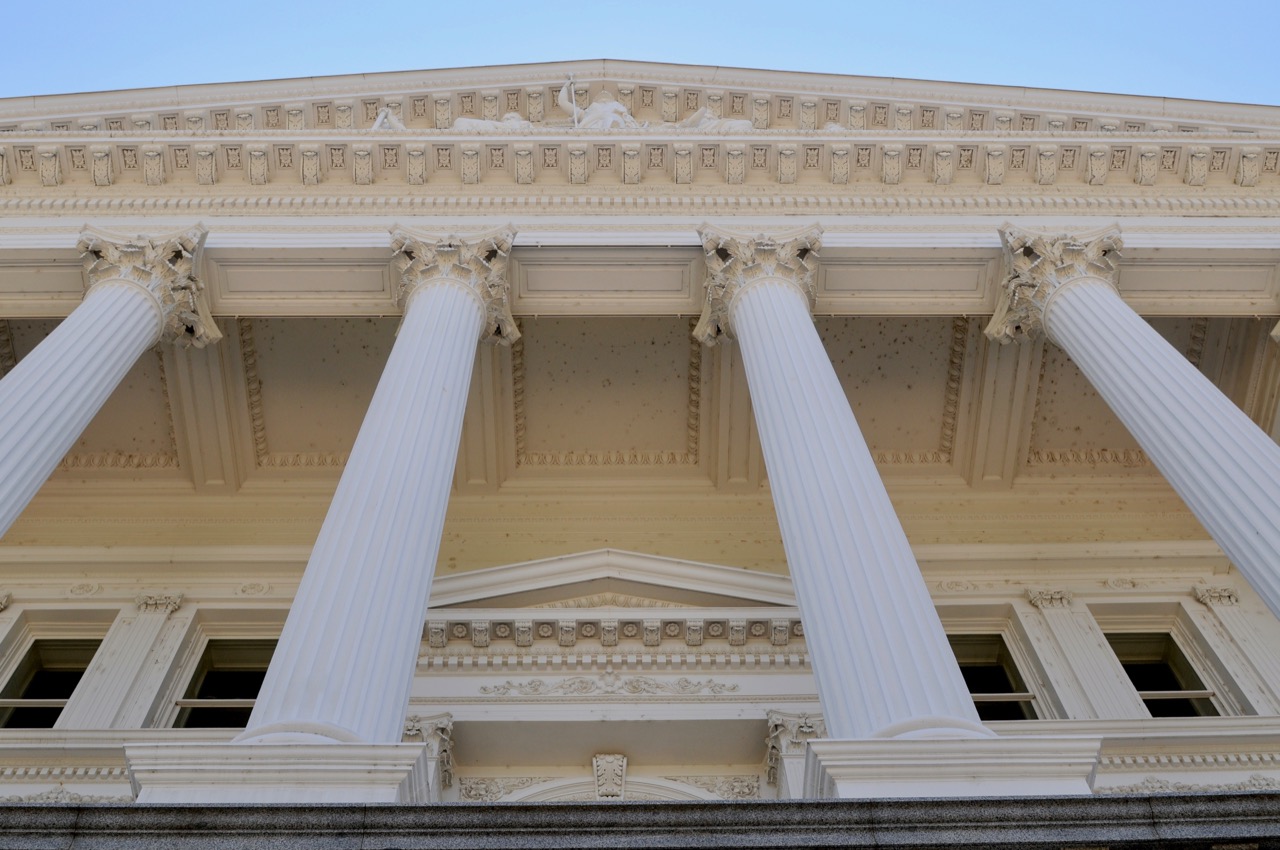 California Governor Gavin Newsom just vetoed a bill which would have limited a governor's (his) emergency powers during a state of emergency, to the

These are not tactics used by constitutional republics, where the rule of law and the rights of the citizenry reign supreme. Rather, they are the hallmarks of authoritarian regimes, where secret police control the populace through intimidation, fear and official lawlessness on the part of government agents.

That authoritarian danger is now posed by the FBI, whose love affair with totalitarianism began long ago. Indeed, according to the New York Times, the U.S. government so admired the Nazi regime that following the second World War, it secretly and aggressively recruited at least a thousand Nazis, including some of Hitler’s highest henchmen as part of Operation Paperclip. American taxpayers have been paying to keep these ex-Nazis on the U.S. government’s payroll ever since.

If the government’s covert, taxpayer-funded employment of Nazis after World War II weren’t bad enough, U.S. government agencies—the FBI, CIA and the military—adopted many of the Third Reich’s well-honed policing tactics, and have used them against American citizens. 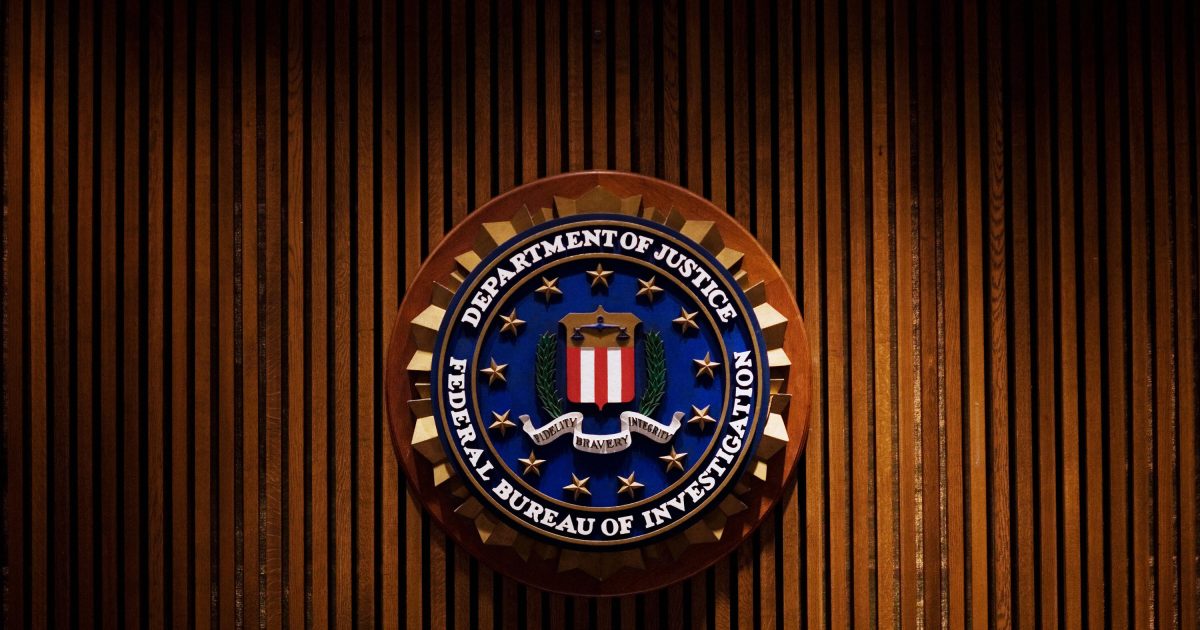 The FBI’s Gestapo Tactics: Hallmarks of an Authoritarian Regime | One America News Network

https://dailysceptic.org/2...
Professor Jordan Peterson has written a fantastic essay for the Telegraph attacking the global political and business elite and their court astrologers for promoting a completely unworkable net zero agenda that will have to be paid for by the poor and the vulnerable, thereby fuelling civil unrest. The essay articulates so clearly my own point of view, and I suspect the view of most other Daily Sceptic contributors, it reads almost like an in-house editorial. His central point is that this corporate environmental activism is underpinned by the same strain of misguided utopianism that has been responsible for so much human misery. Here’s how it begins:

Deloitte is the largest “professional services network” in the world. Headquartered in London, it is also one of the big four global accounting companies, offering audit, consulting, risk advisory, tax and legal services to corporate clients.

With a third of a million professionals operating on those fronts worldwide, and as the third-largest privately owned company in the US, Deloitte is a behemoth with numerous and far-reaching tentacles.

In short: it is an entity we should all know about, not least because such enterprises no longer limit themselves to their proper bailiwick (profit-centred business strategising, say), but – consciously or not – have assumed the role as councillors to believers in unchecked globalisation whose policies have sparked considerable unrest around the world.

If you’re seeking the cause of the Dutch agriculture and fisheries protests, the Canadian trucker convoy, the yellow-jackets in France, the farmer rebellion in India a few years ago, the recent catastrophic collapse of Sri Lanka, or the energy crisis in Europe and Australia, you can instruct yourself by the recent pronouncements from Deloitte.

Whilst not directly responsible, they offer an insight into the elite groupthink that has triggered these events; into the cabal of utopians operating in the media, corporate and government fronts, wielding a nightmarish vision of environmental apocalypse. 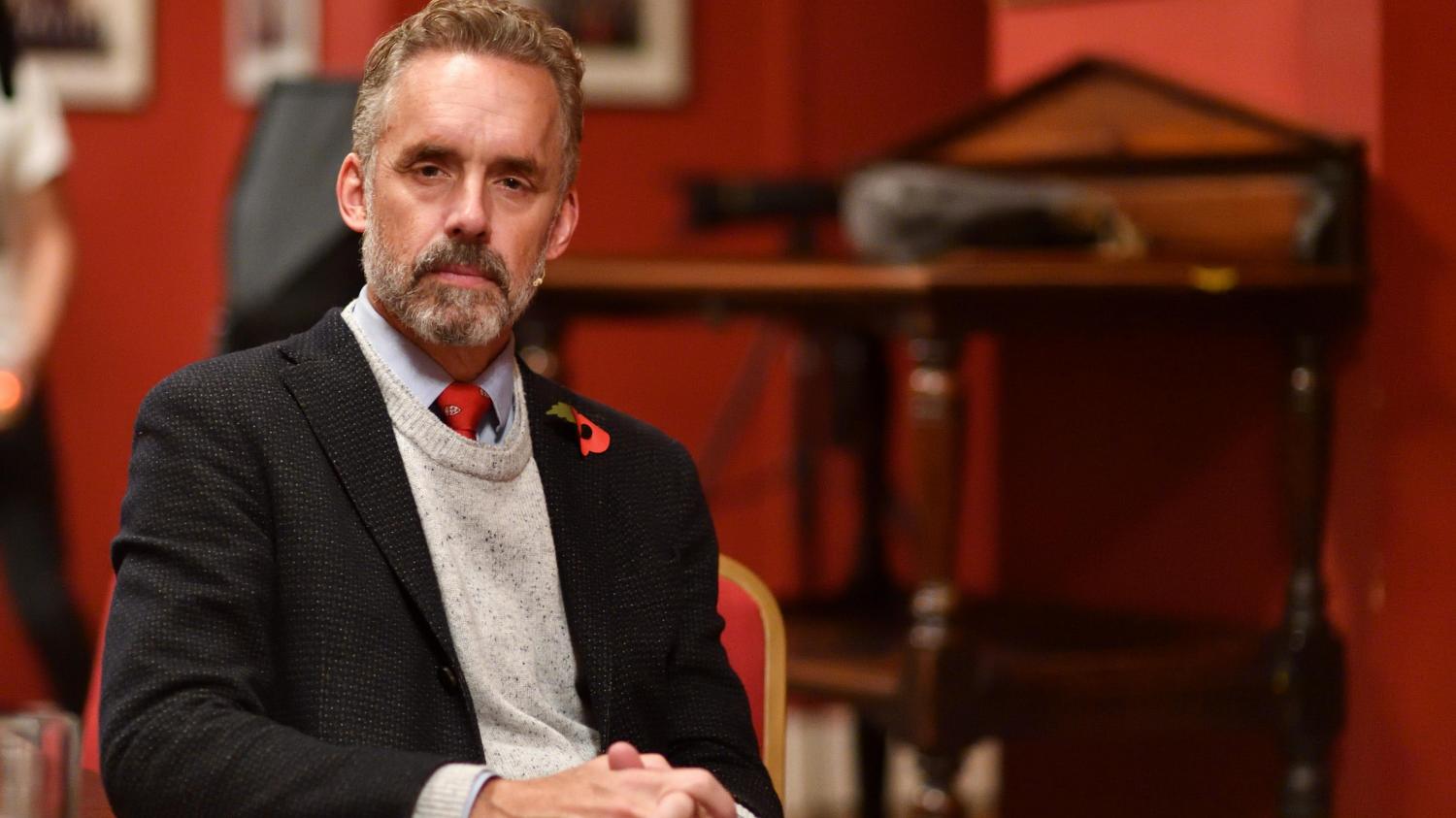 Peddlers of Environmental Doom are Closet Totalitarians – The Daily Sceptic

Jeff Hertzog @jeffhertzog
24 July, 06:18
#NoamChomsky : #usa Now Under a #Totalitarian Culture Much Worse Than #SovietUnion
"#Americans are not permitted to hear what #Russians are saying. Can't get Russian television, can't access Russian sources," he says. https://www.infowars.com/p...

Story at-a-glance
Mass formation is a form of mass hypnosis that emerges when specific conditions are met, and almost always precede the rise of totalitarian systems
Four central conditions that need to exist in order for mass formation to arise are widespread loneliness and lack of social bonding, which leads to experiencing life as meaningless, which leads to widespread free-floating anxiety and discontent, which leads to widespread free-floating frustration and aggression, which results in feeling out of control
Under mass formation, a population enters a hypnotic-type trance that makes them willing to sacrifice anything, including their lives and their freedom
Key strategies to disrupt the mass formation process are to speak out against it and to practice nonviolent resistance. Dissenting voices keep totalitarian systems from deteriorating into abject inhumanity where people are willing to commit heinous atrocities
Ultimately, “totalitarianism” refers to the ambition of the system. It wants to eliminate the ability of individual choice, and in so doing, it destroys the core of what it is to be human. The quicker a system destroys the individual, the sooner the system collapses

Professor Mattias Desmet, a Belgian psychologist with a master’s degree in statistics, gained worldwide recognition toward the end of 2021, when he presented the concept of “mass formation” as an explanation for the absurd and irrational behavior we were seeing with regard to the COVID pandemic and its countermeasures.

He also warned that mass formation gives rise to totalitarianism, which is the topic of his new book, "The Psychology of Totalitarianism." Desmet’s work was further popularized by Dr. Robert Malone, whose appearance on the Joe Rogan podcast was viewed by about 50 million people.

Anthony Hilder @anthonyjhilder
14 May, 02:38
The Rise of Totalitarianism in America | Jordan Peterson & Other Canceled Professors 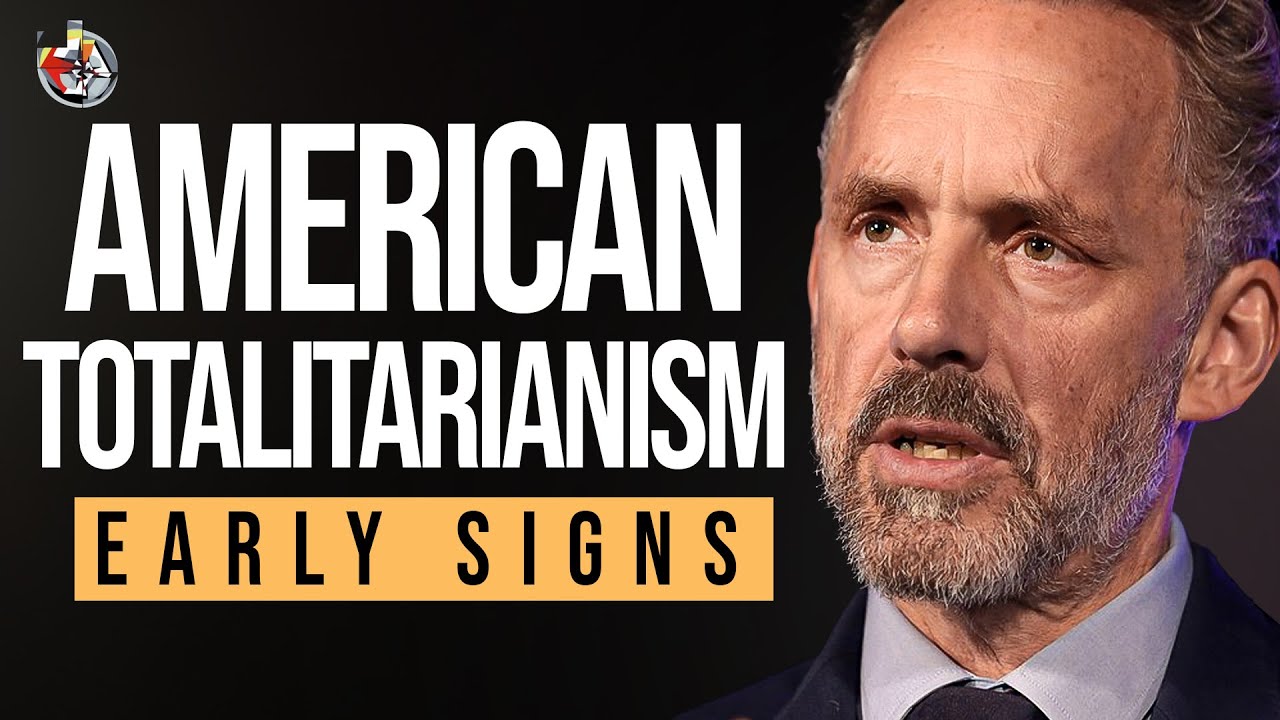 Free Speech & Safe Spaces In part 1 out of 4 of this compilation series, we look at excerpts from the Maps of Meaning lecture series as well as how issues a...

The film Planet Lockdown explores this unprecedented time in history, speaking with epidemiologists, scientists, doctors and other experts to uncover the real motives behind the increasing totalitarian control taking over the globe
Dr. Scott Jensen, a family doctor and former member of the Minnesota Senate, received an email from the Department of Health that coached him to use COVID-19 as a diagnosis incorrectly
The notion of asymptomatic spread turns virtually anyone you meet or encounter on the street into the enemy or a threat, furthering fear and control
The artificially imposed state of incoherence that’s been enacted during the pandemic is described as a torture tactic, designed to get people to submit to vaccine passports and COVID-19 shots
Many of the experts in the film bring up the Nuremberg Code, which is being violated as people are forced to get experimental shots
Civil disobedience, boycotting businesses that are requiring vaccine passports, participating in rallies and fighting illegal mandates in court are ways that everyone can get involved in protecting freedom 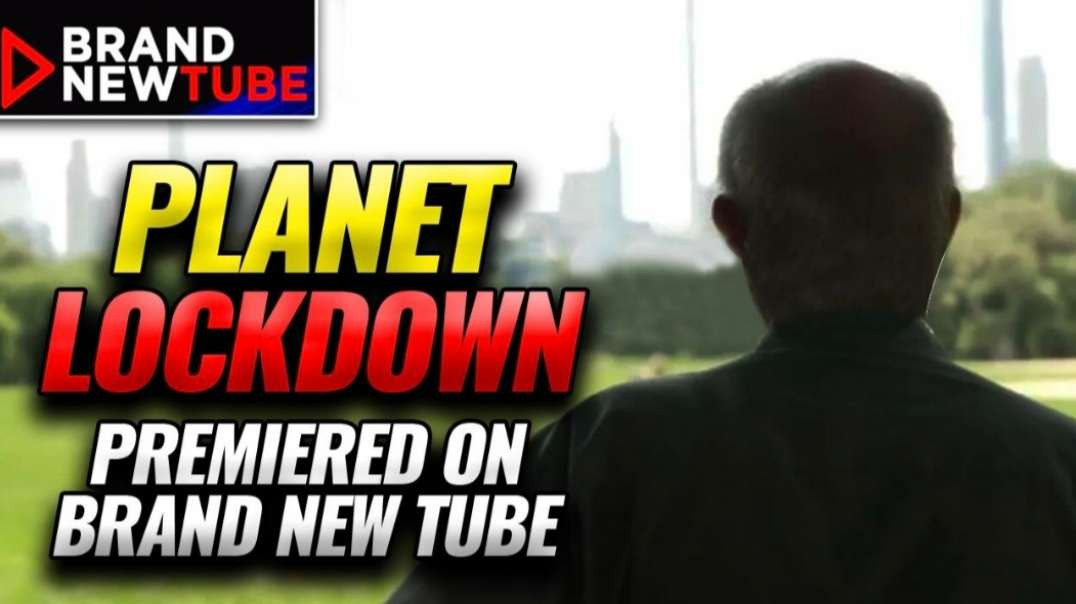 PLANET LOCKDOWN ⁣⁣Planet Lockdown in the United States 🇺🇸 released their feature-length documentary in ten languages on the 15th of January 2022. THIS WAS EXCLUSIVELY PREMIERED ON BRAND NEW TUBE (UK) A 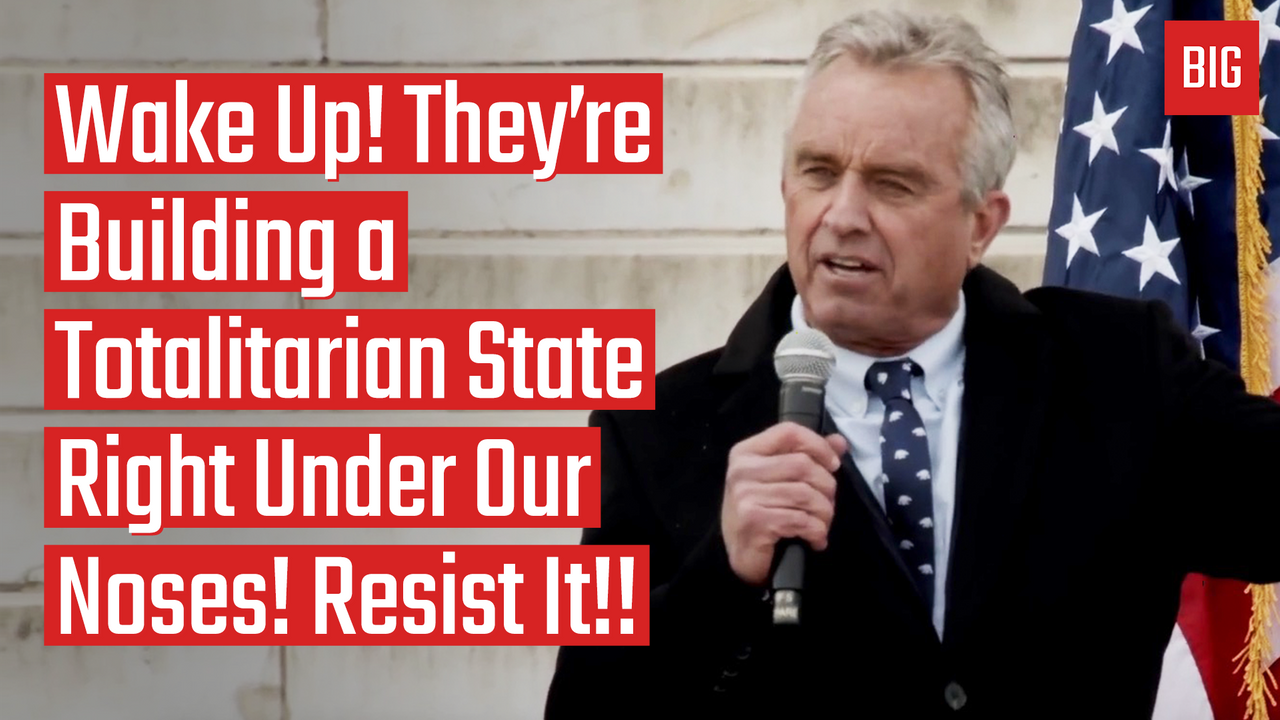 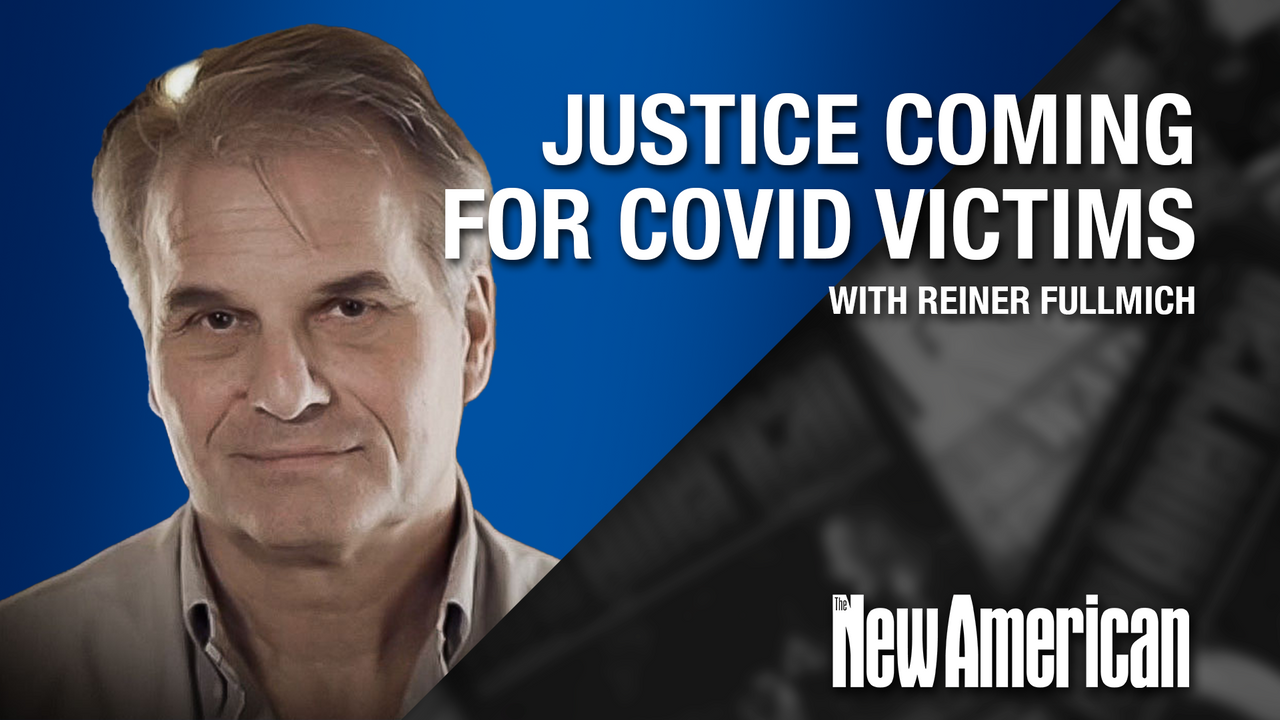 The lies and totalitarian policies pursued by the COVID tyrants are catching up to them and the perpetrators will be held accountable, international super lawyer Dr. Reiner Fuellmich told The New American magazine's Alex Newman in this episode of Conversations That Matter. The pandemic was larg..

Anthony Hilder @anthonyjhilder
25 December, 10:42
The Twelve Doses of Christmas! An educational Christmas Carol!
Lyric by Karen Dickson; Sung by the Angry Albertan Ensemble. Every Saturday since May 2020 the Angry Albertans have gathered on the grounds of Alberta Legislature in defiance of this government's totalitarian "public health" measures.... We meet each Saturday at 1 PM, the speeches and livestream begin at 1:30 PM. Please bring a HOMEMADE sign and as many FRIENDS as you can muster!
https://youtu.be/KAw78MpeL... 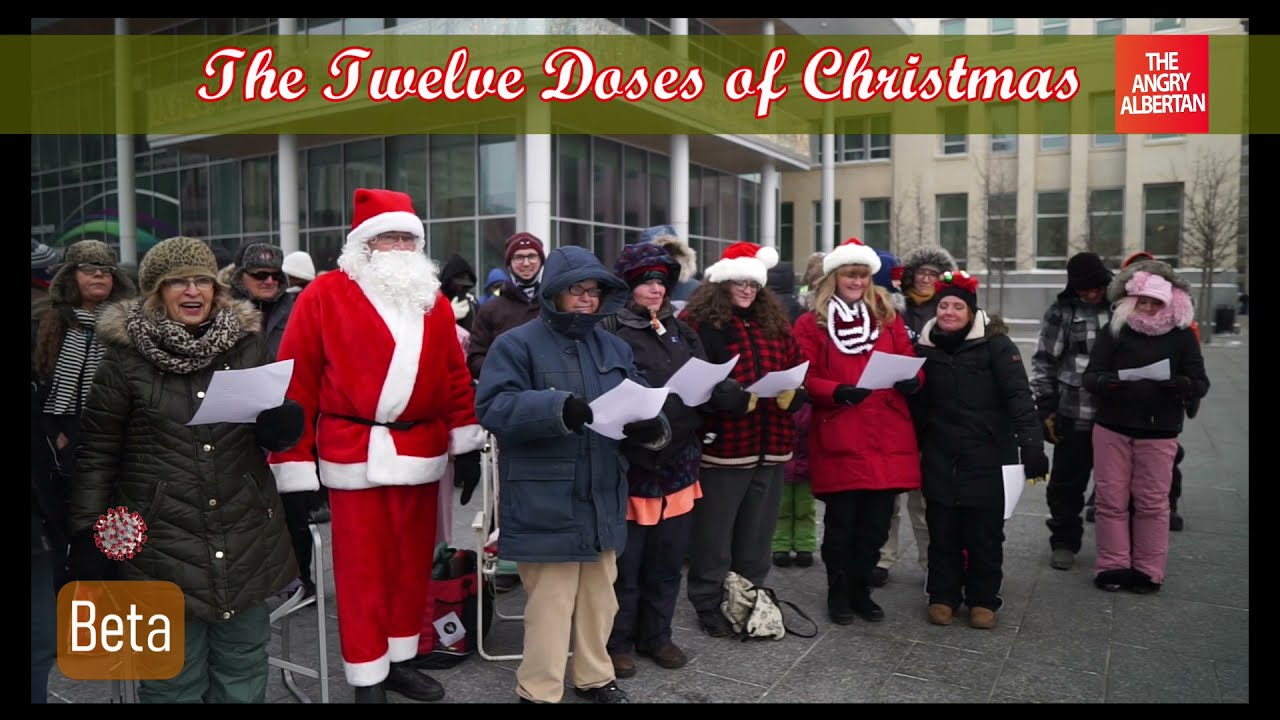 YouTube censors us HEAVILY... please follow us on one of the channels listed below!!!The Twelve Doses of Christmas! An educational Christmas Carol!SHARE SHA...