Anthony Hilder
3 months ago
Ep. 2921b - There Are Always Casualties In War, [DS] System Is Coming To An End, Taking Control

https://rumble.com/v1t1enc...
The [DS] is cheating in the midterms as expected, remember we are war (@), there are always casualties in war. Those that lost were expected. The main mission was to take back the house and the senate, this is the battle. Trump also baited the Elite Republicans into coming out the shadows. This is not about election, popularity, this is about exposing and bringing down the [DS] system, taking back control, this is what this war is about, and the [DS] is not going to surrender, they will fight to the end using every dirty trick in their system. But the patriots are winning.
Read more 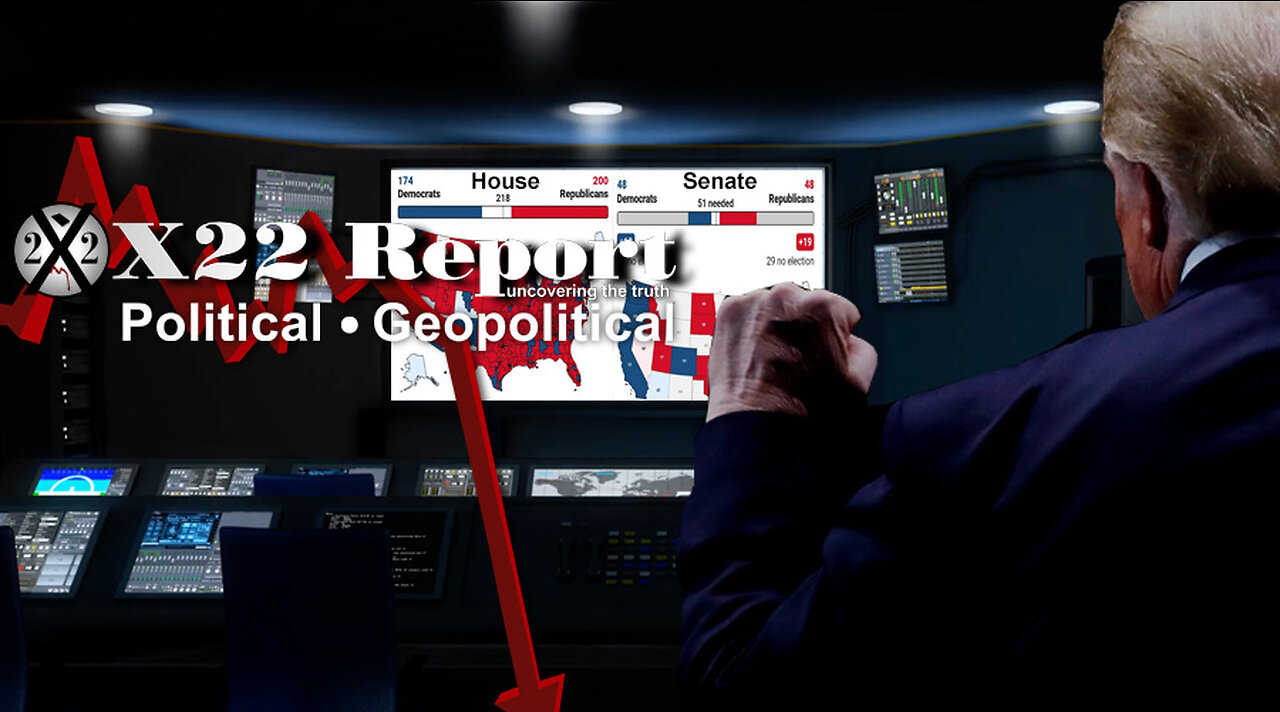 Ep. 2921b - There Are Always Casualties In War, [DS] System Is Coming To An End, Taking Control

Protect Your Online Identity With The Fastest No-Log VPN Today! https://www.virtualshield.com/x22 |Get a 72% OFF Lifetime Discount This Black Friday ^^ The [DS] is cheating in the midterms as expected 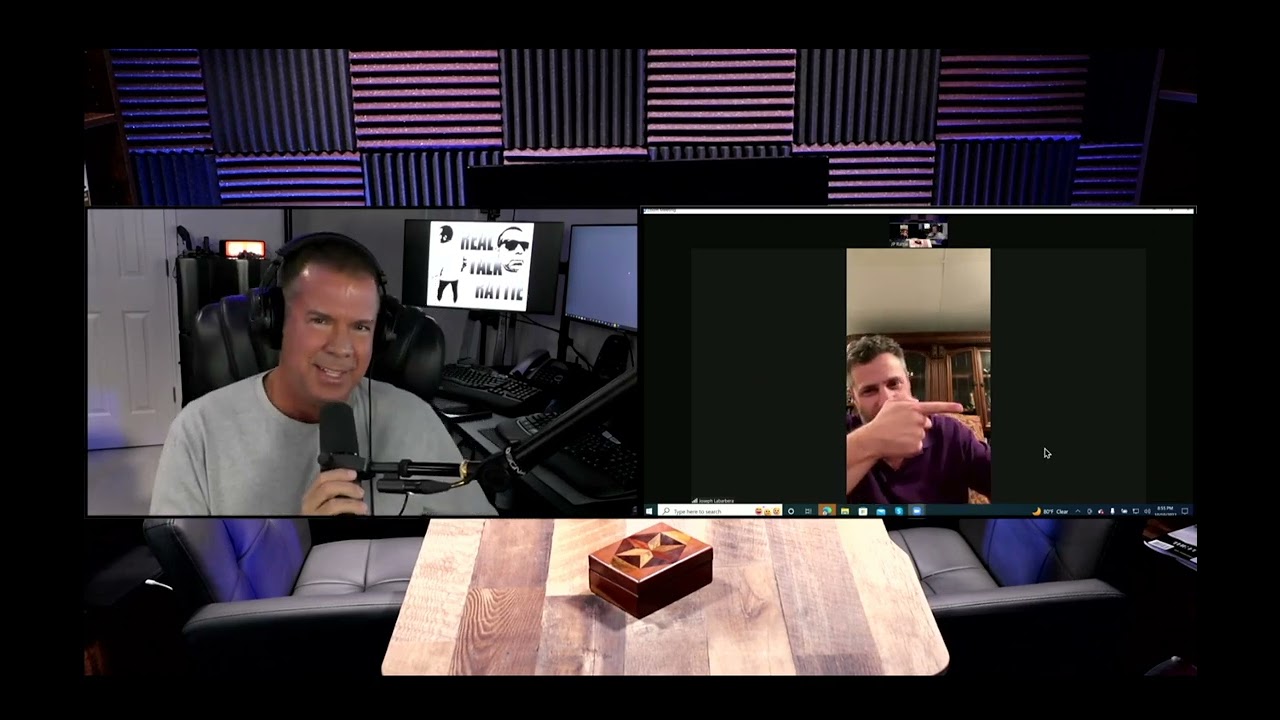 CIVIL WAR! Or the Great Civil Conflict! Or is it nothing more than Schisms and Sectarian Conflict? - YouTube

CIVIL WAR! Or the Great Civil Conflict! Or is it nothing more than Schisms and Sectarian Conflict? A discussion with Ret. Army Major Joseph Labarbara, MBA, M...

World renowned CV19 critical care and pulmonary expert Dr. Pierre Kory thinks the CV19 vax is a “humanitarian catastrophe,” and it is being “ignored . . .suppressed and censored” through a well-organized global propaganda campaign. This propaganda will be responsible for millions of deaths that have already happened and many more millions of CV19 vax deaths in the future. Dr. Kory explains, “We have data screaming at us everywhere we look. You can start with the life insurance data, India’s data, Germany’s data, and we know people are dying at unprecedented rates. That is one thing. We know that disability is through the roof. No one has seen VAERS (Vaccine Adverse Event Reporting System) with the numbers it is screaming. Now, we . . . are seeing buried miscarriage rates and spontaneous abortion rates 70% and up to 90% in pregnant women. . . . We are still seeing propaganda and all of these messages to get your (CV19) shot even though there is no logic to it. . . . Maybe people are blindly following these instructions and there is no more critical thinking or the control of the information is leading to mass casualties. This is literally a humanitarian catastrophe. . . . We have never seen this. This is a global condition. . . . We have a global catastrophe because the (bad) information has infected almost every country on earth. . . . Wherever you look the data is so ominous. The myocarditis and dropping dead is incessant. It’s from every country in the world. You hear everyday reports of young people doing normal fun activities, like going to the beach or going to the park, and they are dropping dead.”

Dr. Kory is actively trying to find treatments for people harmed by the CV19 vax, but that is not the biggest problem he faces. Dr. Kory says, “People are being told things (like getting CV19 booster shots) that are putting them at grave risk. I don’t know how to combat a global technological propaganda instrument. We have never had that before. I don’t think we have ever had the same messages and the same stories being shot out 24/7. I have been saying this for a while, and the world has gone mad because of unrelenting propaganda and censorship. We have never had this much power and this much propaganda . . . never the same story being told to the entire globe at the same time and the same lie.”

Dr. Kory says, “Not only no more shots, but I would say we need a national cry to stop the vaccine campaign. . . It’s not going to start in America because this is the United States of Pharma.”

This is why cheap, effective drugs such as Ivermectin are being banned here in America and around the world. Dr. Kory says, “We are at war here. You cannot have Ivermectin in the marketplace. It threatens the vaccine, Paxlovid, monoclonal-antibodies and Remdesivir. Ivermectin is a drug that is the biggest financial threat to the biggest market in pharmaceutical history.”
Read more 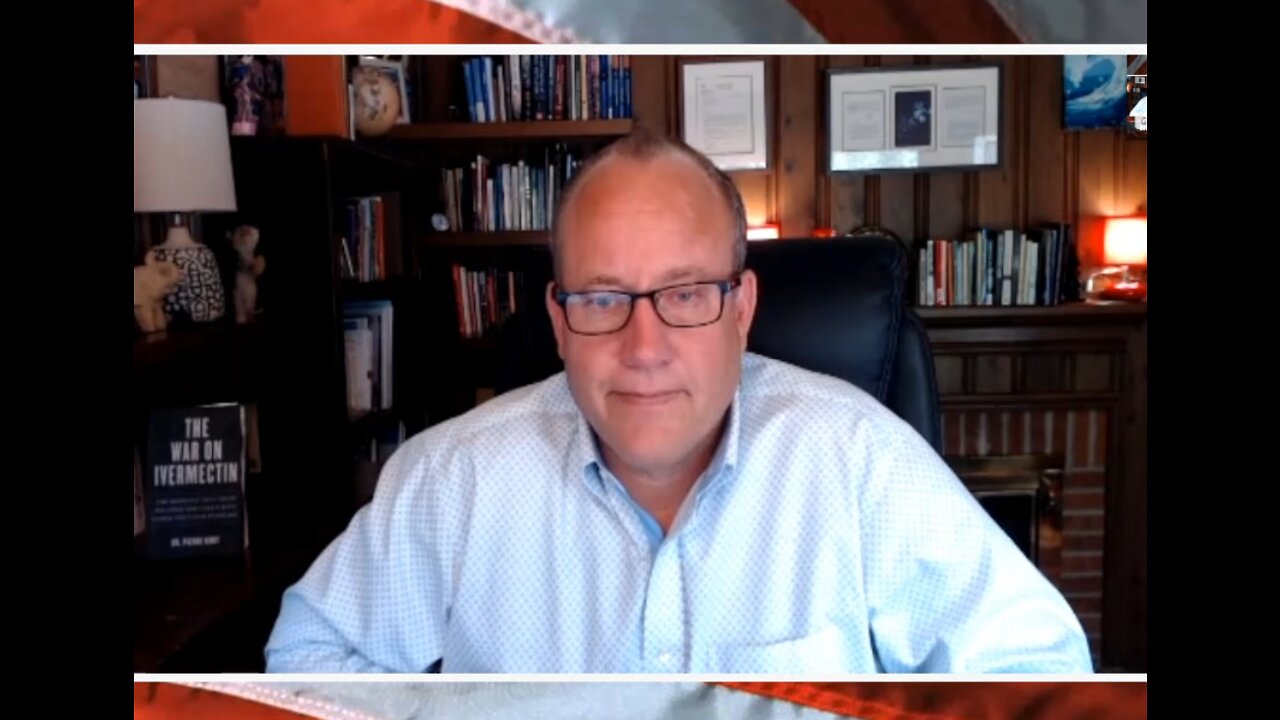 There is much more in the 49-minute interview. Join Greg Hunter as he goes One-on-One with Dr. Pierre Kory, one of the top Pulmonary and Covid Critical Care experts on the planet, who is co-founder of 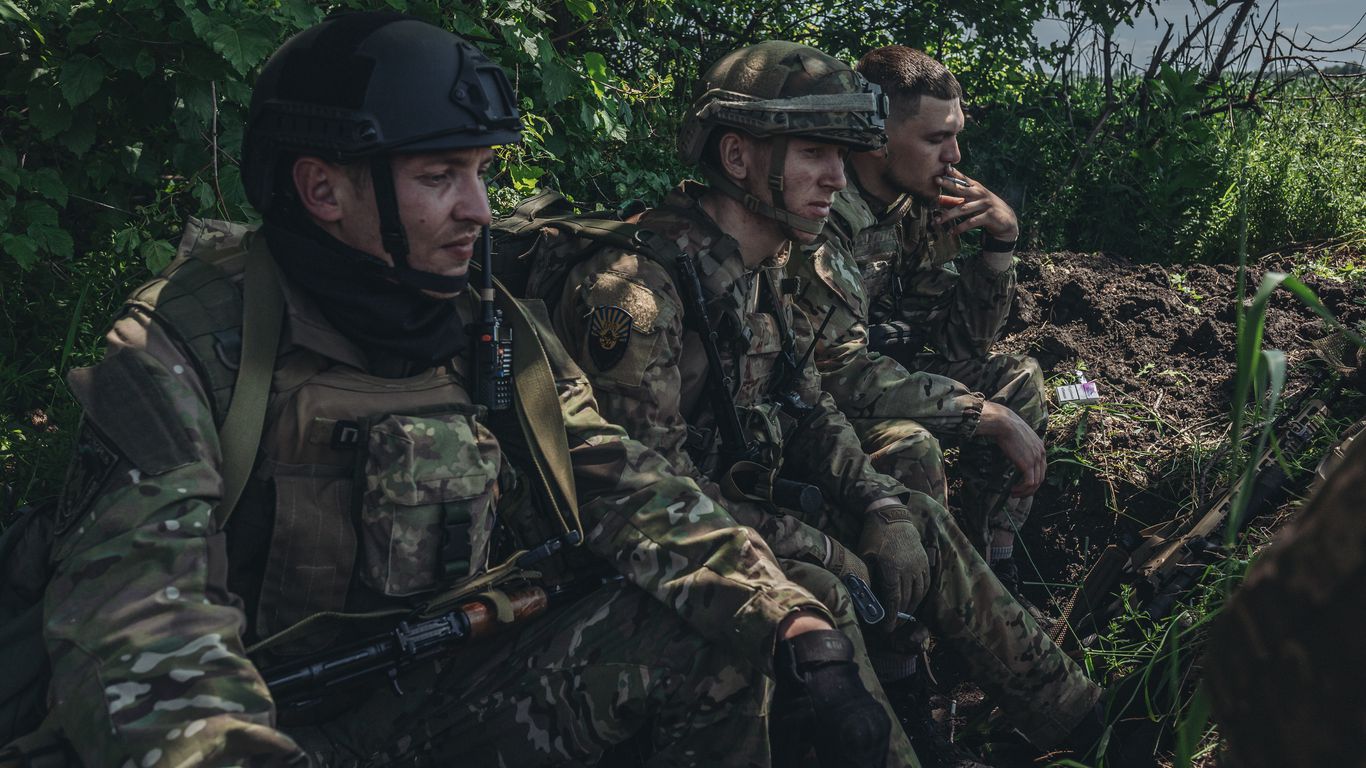 Ukraine suffering up to 1,000 casualties per day in Donbas,

Russian forces have been beaten back in several areas as Ukrainian troops launched a valiant fightback to regain key slices of territory across their country.

The Ukrainians deployed devastating hit-and-run tactics against enemy tanks, while some of the Kremlin's ill-prepared forces suffered frostbite and could no longer fight, according to US officials.
Read more 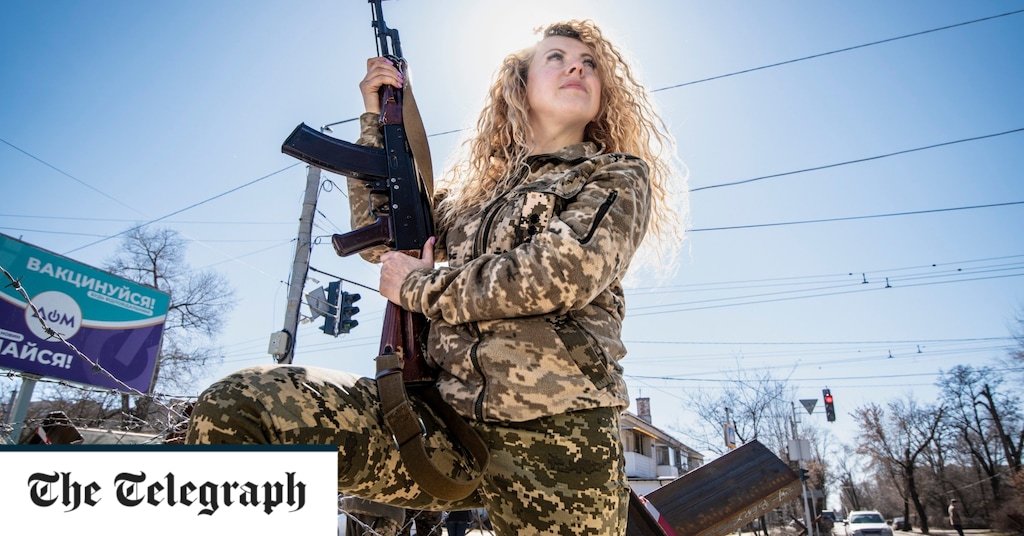 Anthony Hilder
11 months ago
Casualties Worse than WWI & WWII Combined – Charles Nenner Renowned geopolitical and financial cycle expert Charles Nenner says his analysis shows the world is entering into a huge war cycle that could last for many years.

https://rumble.com/vw7kdv-... Nenner says, “The war cycle is such that there is great danger for a huge war. . . . What I have been writing about is the big danger that Russia, Iran and China will get together. China is watching how we deal with Ukraine before they start with Taiwan. I think that is the big one. . . . The West is in disarray, and it does not have a line on where to go or what to do. . . . This war cycle is going to be bad, and I’ll tell you why. We do price targets on markets and war cycles, and if you look at the price targets, it tells me that the casualties are going to be much higher than in the First and Second World War. So, it’s not going to be a joke.”
Nenner says his cycles are telling him the casualties in the next war could top 175 million. Nenner also sees that world leaders are not taking this seriously and points out, “What’s going on in this country (America), what are they busy with and what is it compared to a nuclear war? —Nothing. Even Biden’s decisions now are based on public relations. If the United States were independent with oil, like it was before with the pipeline and like Trump pushed, we would not be in this situation that oil could go up another $50 per barrel. It looks like now oil can go to $150 per barrel, and it can even get to $250 per barrel.”
War abroad is not the only thing to look out for. Nenner says, “I think there is going to be a lot of civil unrest. When Rome was burning, and we are talking about 2,000 years ago, the Senators were discussing if angels were male or female. This is while Rome was burning. This world is burning, and we are discussing now what kind of a sign you have to put on a public restroom. It’s the same situation. Nobody takes the lead in the big situations. . . .The cycle for civil unrest has just turned up, and it’s going to get much worse. You can imagine if Biden loses to Trump (in 2024), what is going to happen over here? I have never seen people so much on the edge. . . . Look at what going on with masks. People are ready to kill you because you disagree on what you think about masks.”
Nenner thinks the stock market can go down in the next leg to “15,000 on the DOW.” After that, there would be more downside pain in stocks to follow over the next few years. Nenner is still forecasting the Dow to bottom out around 5,000. Nenner thinks the U.S. dollar cycle is headed down, while interest rates are headed up. Meanwhile, Nenner predicts the bond market will tank, but it’s getting a little bounce at the moment.
Nenner sees inflation sticking around for some time to come and gold going up in a long-term cycle starting in earnest mid-April.
(There is much more in the 30-minute interview.)
Join Greg Hunter of USAWatchdog.com as he goes One-on-One with renowned cycle analyst and financial expert Charles Nenner. (3.1.22)
Read more 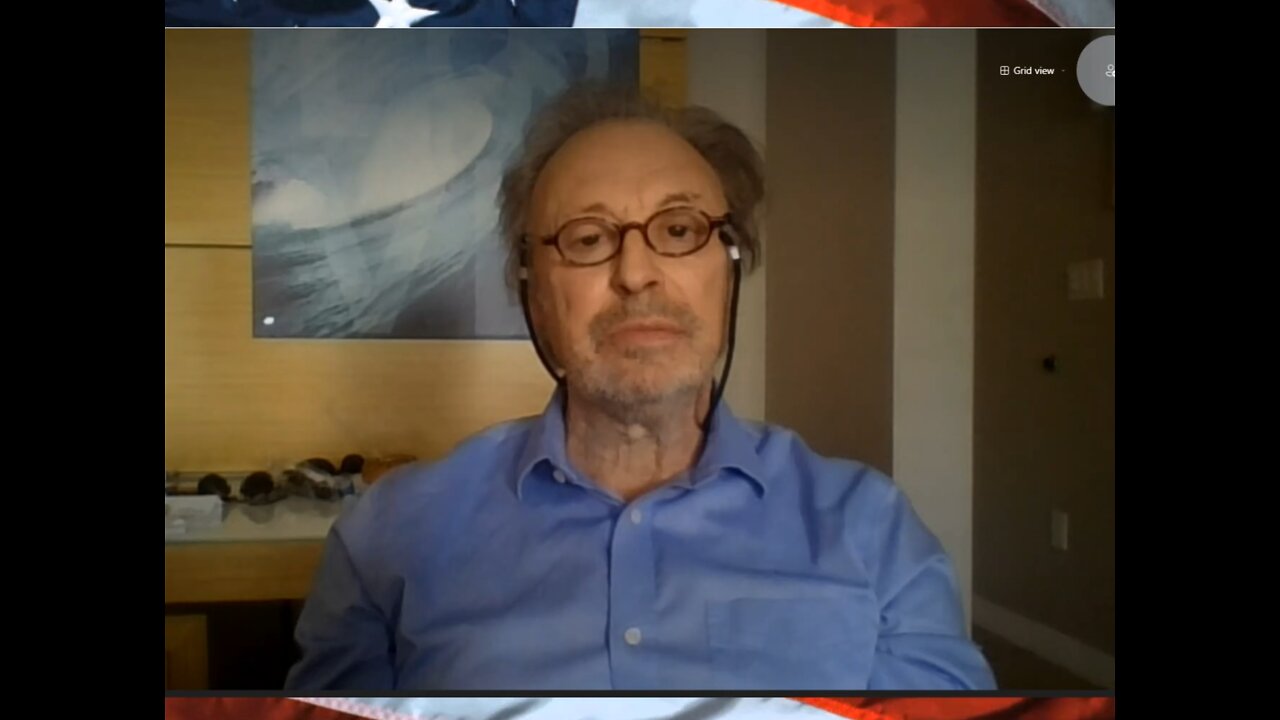 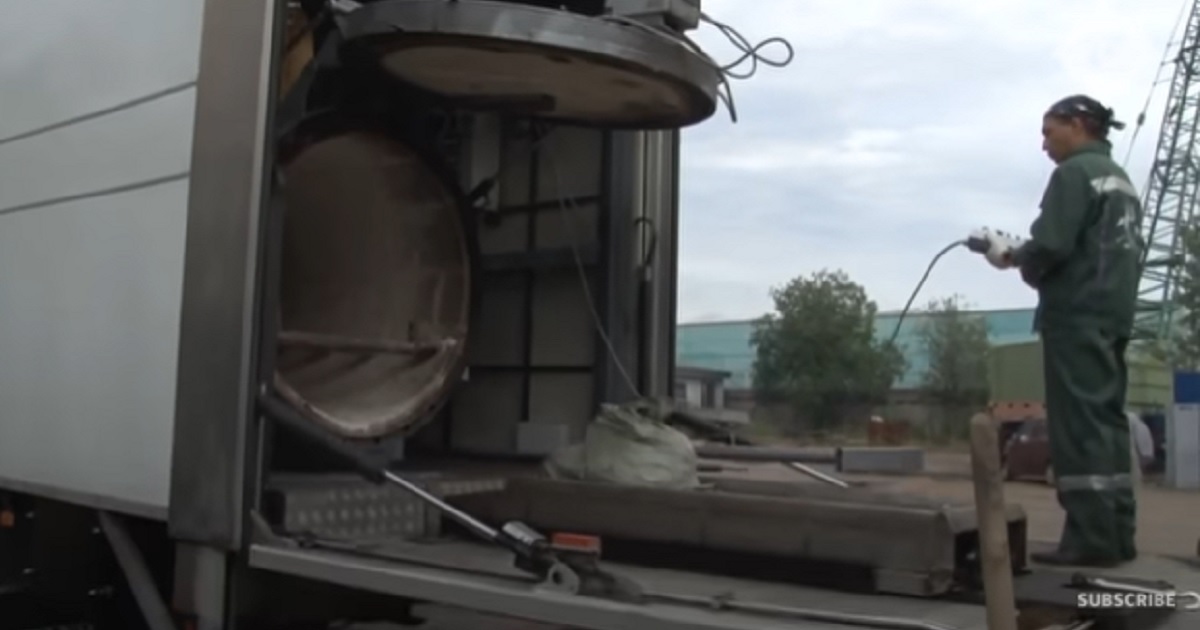 'If I was a soldier and knew that my generals had so little faith in me ... I’d be deeply, deeply worried,' the UK defense minister said.

Anthony Hilder
1 yr. ago
The Plan to Tag Us for the New World Order Slave System Dr Zelenko
https://articles.mercola.c...

Story at-a-glance
Dozens of peer-reviewed studies show that when COVID-19 is treated within the first few days of symptom onset, there’s an 85% reduction in hospitalization and death
With Omicron, we have been gifted a best-case scenario. The highly contagious virus can rip through the population, causing only mild cold symptoms, thus producing herd immunity without the risk of mass casualties
Two months before the rollout of the COVID shots, the U.S. Food and Drug Administration was aware that they could cause serious problems, including heart attacks, strokes, myocarditis, blood clots, neurological problems and more, yet they pushed them anyway
Dr. Vladimir Zelenko believes SARS-CoV-2 is a bioweapon. Patents spanning two decades support this view. Those who created the weapon also investigated and identified antidotes, which includes the zinc ionophore hydroxychloroquine
Read more 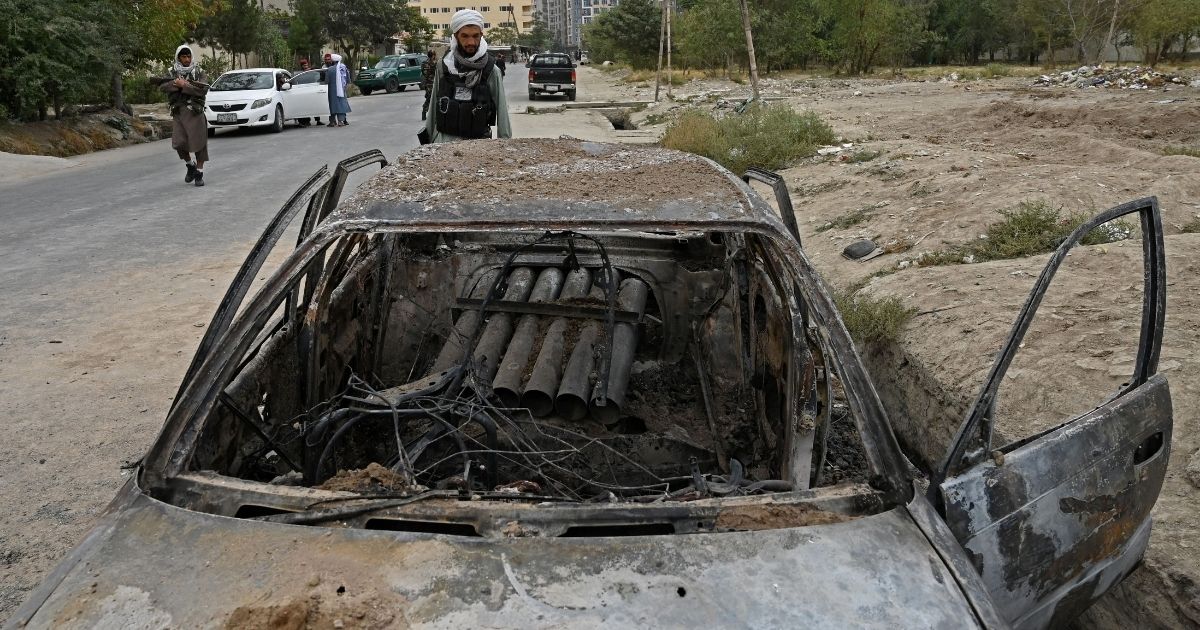 'US official confirms 2 suicide bombers were in explosive laden vehicle targeted by US drone strike today,' according to reports.