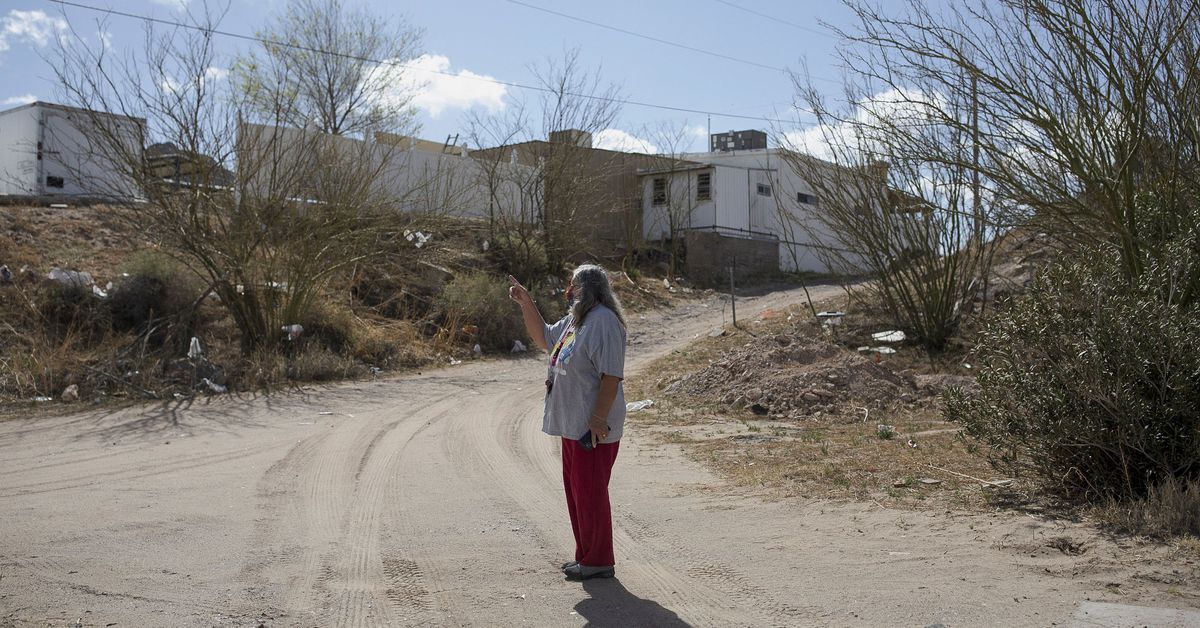 Seventeen-year-old Santi sits in his car outside shops in Sunland Park, New Mexico, watching a pulsing blue dot on his mobile telephone.

ZUCKERBERG SHOULD BE ON DEATH ROW AWAITING EXECUTION FOR TREASON!

If you watched the mainstream media (MSM) news lately, you might be noticing how everything they told you is a huge lie. The MSM said Hunter Biden’s laptop with treasonous deals and nasty sex photos is nothing more than Russian disinformation. LIE. We were told over and over again by the MSM, that the so-called dossier on Trump with tawdry tales were true or mostly true. Total LIE. The MSM told all the CV19 vax is safe and effective. Huge LIE and the MSM was paid $1 billion to push this Deadly LIE. The MSM said, and is still saying, Ivermectin is not effective against CV19. Another Huge LIE!! We are drowning in a sea of lies, and the MSM is happy to be rowing the boat of fake news.

The so-called sanctions put on Russia by the west were supposed to cripple them and kill the Russian ruble. I told you this would backfire big time, and it has. Putin is forcing countries to use the Ruble when buying oil, natural gas, wheat and everything else it sells. There is a new competitor to the dollar, at least when buying Russian goods and resources. Will the dollar take a hit as other countries no longer need it? I say yes. After getting clobbered on sanction news, the Ruble is back to where it was when the sanctions were imposed. Now, inflation has been turbo-charged in the west, and that is a huge backfire in my book.

Speaking of inflation, have you filled up your vehicle lately? How about buying some food at the grocery store? The Biden/Obama Administration would like you to think that the massive inflation you are experiencing is all Russia’s fault. That, too, is a huge lie. We are getting this because of disastrous policies instituted by the Biden Administration. Biden and crew want to “Build Back Better” after they tear and burn your world down. It won’t be better, and the evil globalists backing Biden will be in total control if they get their way.

Join Greg Hunter of USAWatchdog.com as he talks about these stories and more in the Weekly News Wrap-Up for 4.1.22. 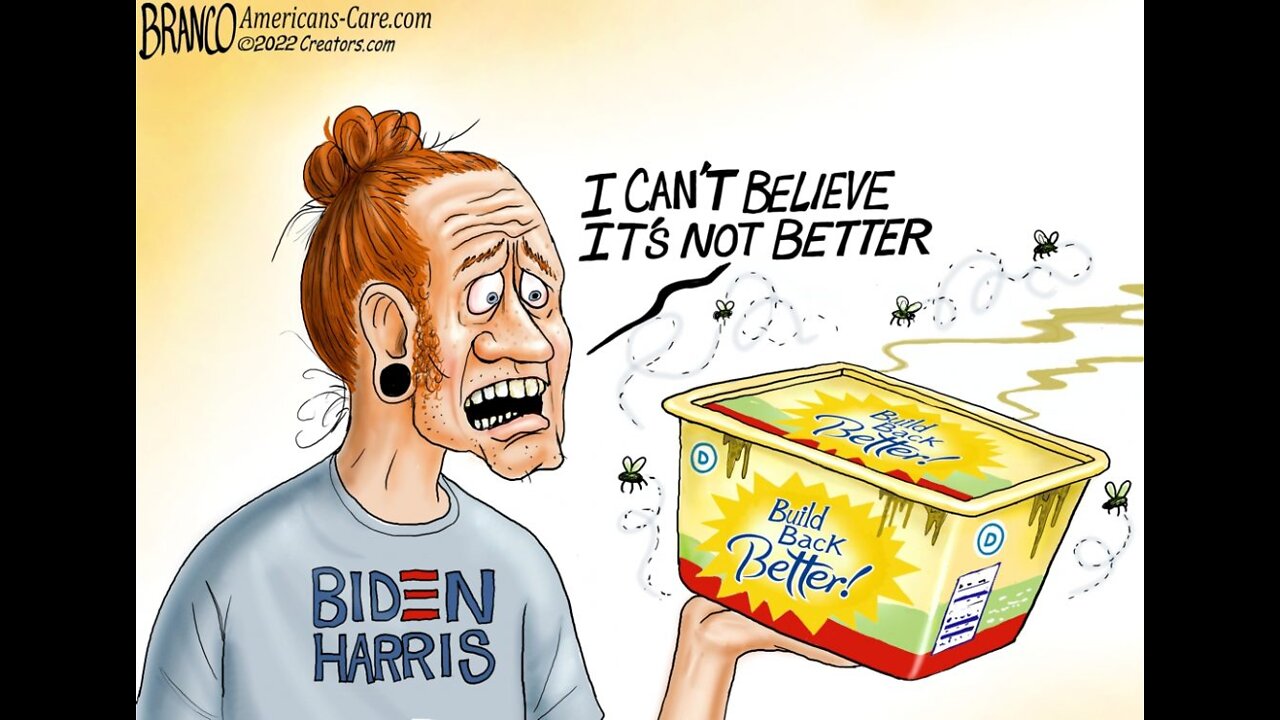 Everything is a Lie, Ruble Rumbles, Inflation Rising

Join Greg Hunter of USAWatchdog.com as he talks about these stories and more in the Weekly News Wrap-Up for 4.1.22. To Donate to USAWatchdog.com Click Here: https://usawatchdog.com/donations/ 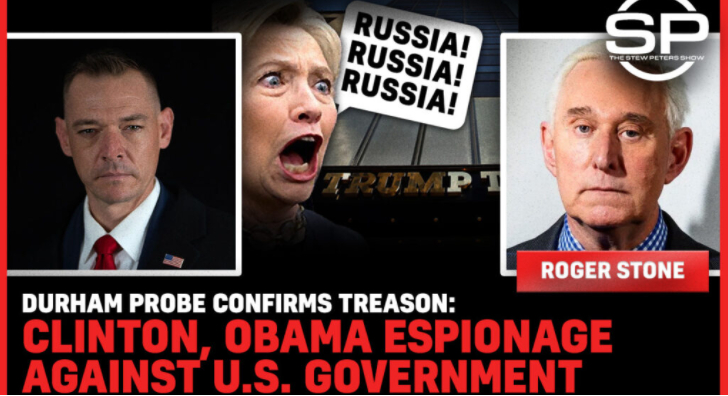 Isn’t it funny how all conspiracy theories “come to real life” eventually? It sure isn’t following a previous script, but it’s the other way around. Meaning – they have never been conspiracy theories in the first place. Roger Stone, who worked for the Nixon administration, joined the Stew Peters Sho.. 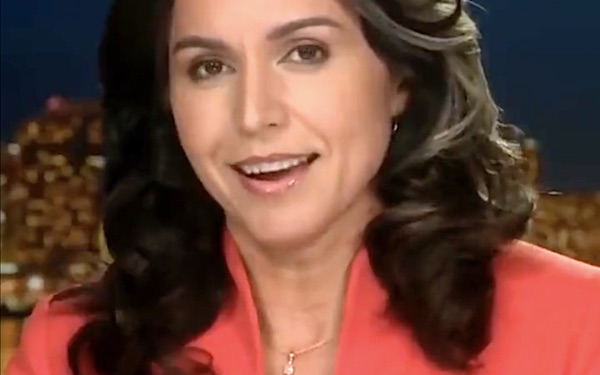 A former member of Congress is telling Sen. Mitt Romney, R-Utah, to either provide evidence of his claims of her "treasonous" actions or apologize and do the right thing: resign from Congress.

Turncoats do what turncoats do. They commit treason. 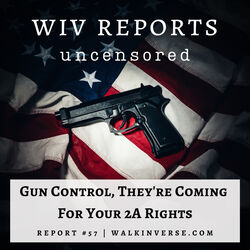 Ep057. Gun Control, They're Coming For Your 2A Rights

Report 57, “Gun Control, They're Coming For Your 2A Rights"In this report, we will look into a bill passed with much knowledge, HR 2471. Hidden within its pages, a section to target sanctuary states with gross illegal federal overreach. If we want to protect our rights, then it starts with .. 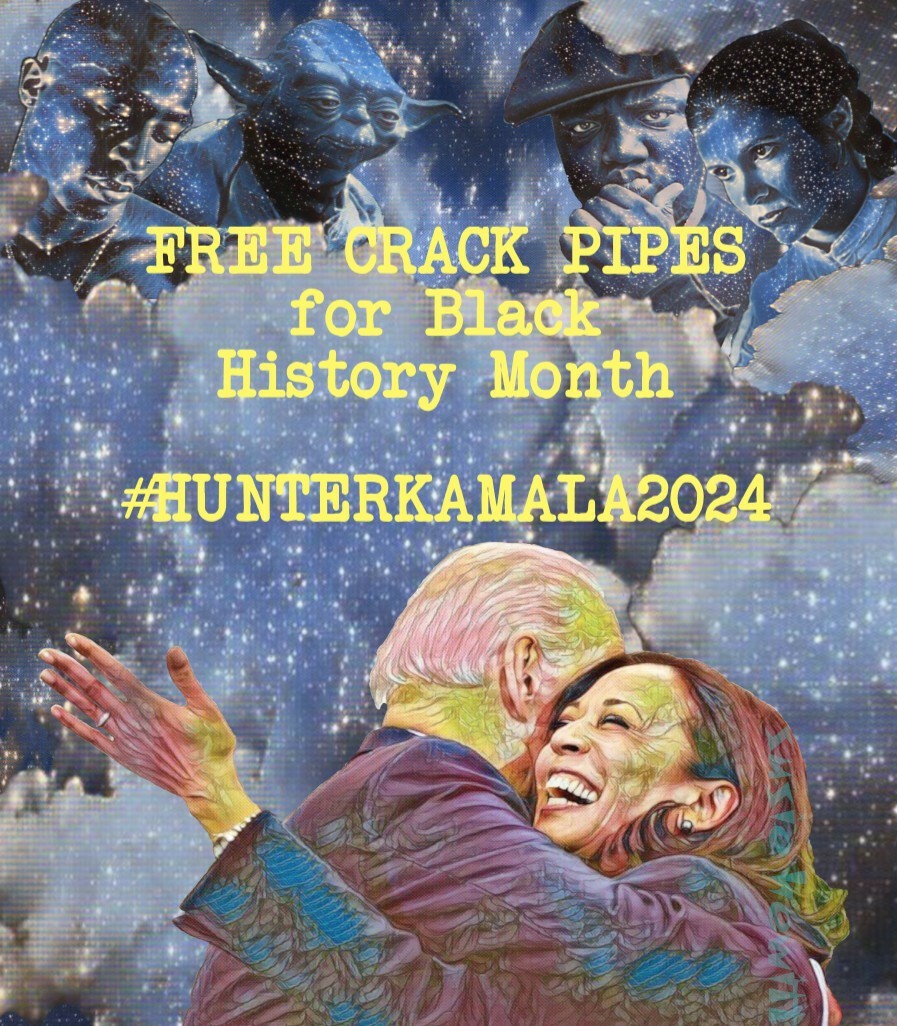 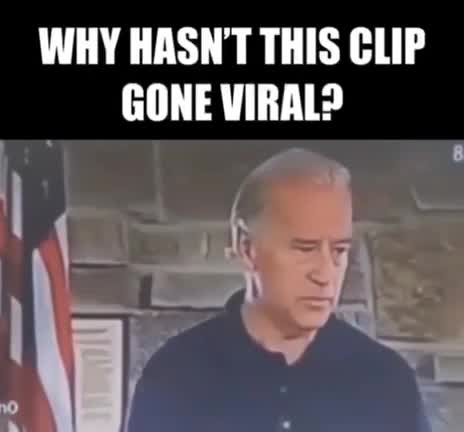 IF THESE TREASONOUS BASTARDS DON'T DO WHAT "WE THE PEOPLE" WANT THEN WE'RE GONNA ARREST THEM OURSELVES!

Mr. Nobody admin
5 months ago

Almost 8 billion people on this planet and =

Just wondering when at least one treasonous criminal is going to be eliminated to set an example for the rest?

It's the Zealots booing former President Trump. No one likes a Zealot. I know what age group the majority of these Zealots come from. They should be considered treasonous, and enemies of the state. These people are causing the divide, as time progresses, they will show their true colors, and you will know who I mean. These people need to go back to the left.
https://www.independent.co... 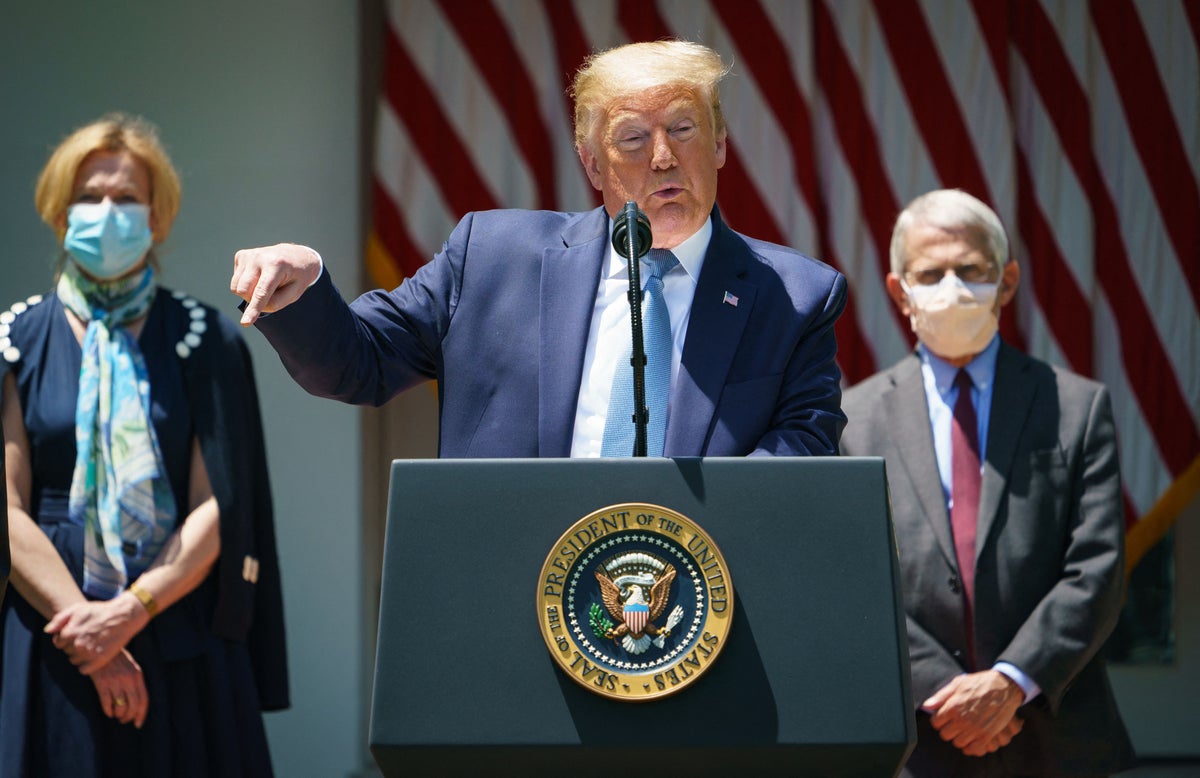 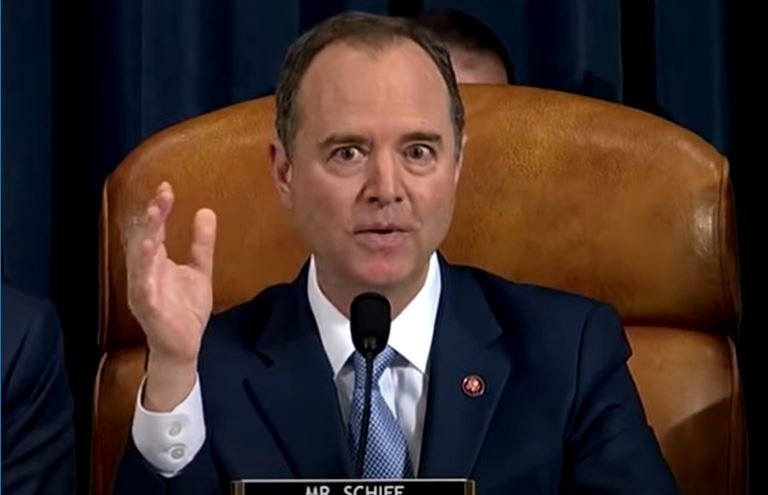 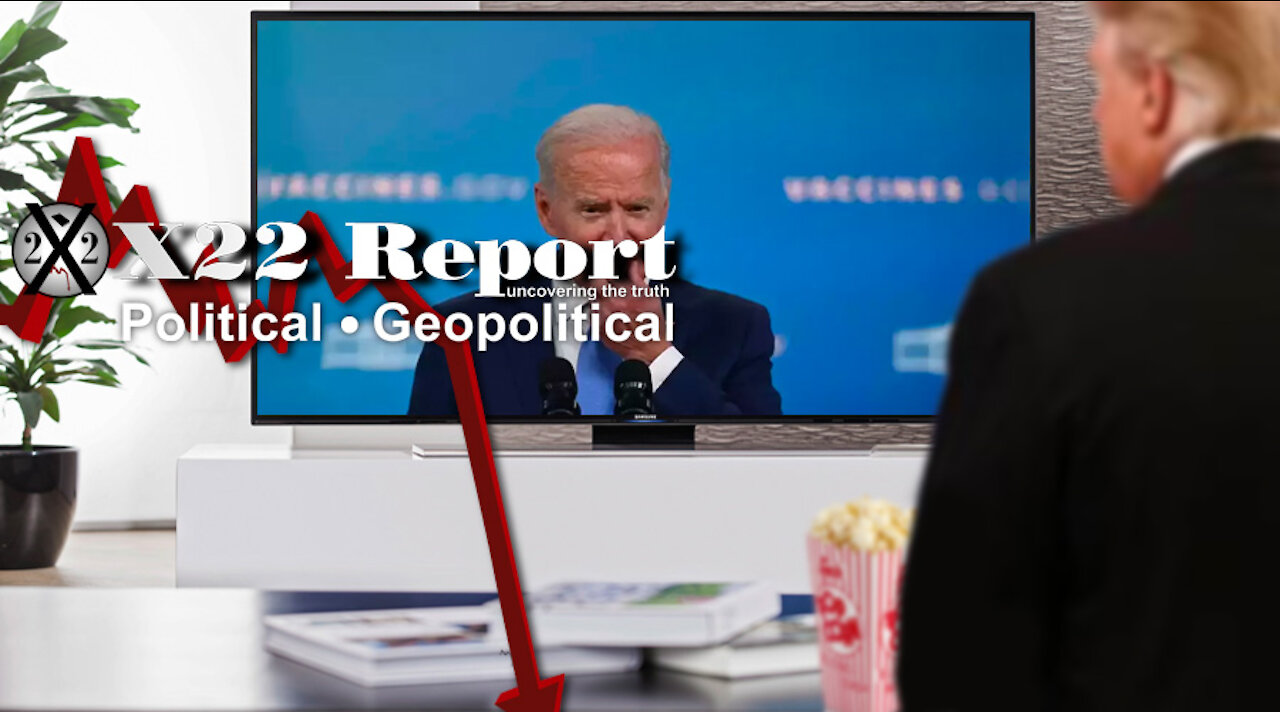 Ep. 2645b - What Advantages Might Exist When You Know The Other Sides Playbook?

Boil Water Virtually Anywhere With The Solar Water Heater http://www.solarwaterheater.com Use Promo Code (x20) for 20% OFF What advantages might exist when you know the other sides playbook? How do yo

If this was in the 1800's and you were invited to a royal banquet and the the ones in charge were trying as hard to get you to drink the wine as the current authorities are trying to get people to take the stabbie...
...you'd probably assume the wine was poisoned.
Instead it's like, "Drink this wonderful wine"
"No thank you"
"Be a good guest...drink the wine. We uncorked it especially. It's a beautiful and rare vintage."
"No thank you. I appreciate the offer though"
"Drink the wine. It's very expensive but you can have a glass for free, and we'll give you an extra plate of supper."
"No I'm fine as I am"
"Drink the wine and we'll feed your entire village for a week and reduce your taxes."
"Wow all that for wine? What's in it? Still, no thank you"
"We'll make you a Duke"
"Very generous but no thanks I'm content in my home."
"Drink the damn wine or we'll stop you working"
"Say what now?"
"We'll ban you from markets"
"Wow your tone just changed"
"Now you need to drink 3 glasses or we'll stop you riding your horse or seeing your family for the next year."
"Wait, what? 3 glasses? Can't see my family?"
"Did we say 3 glasses? We meant 3 bottles"
"3 bottles?"
"Yes...every few months we want you to drink 3 bottles of this particular wine we've prepared indefinitely for the next years"
"Years??"
Yes, or we'll try you for treason"
"Ok what is IN this damn wine that you are trying SO HARD to get everyone to drink it?"
"We can't tell you. Trade secret"
"It's poisoned isn't it?"
"No..it's...ummm...it's just really really good for you. It's errr special healing wine."
"Then why all the threats?"
"We just need you to...I mean we strongly encourage you to drink the wine so you don't miss out."
"But the Earl drank a glass and collapsed"
"Unrelated."
"No...like he was fine then had a glass then keeled over...he's still on the floor writhing. Look at him! His face is blue and he's clawing at his chest"
"Coincidence. Gaurds...please escort the Earl to his chambers. He's had too much wine."
"I knew it was the wine! What about the rest of the court? Half of them also collapsed after the wine"
"Those guests got ill from something else. Probably the chicken"
"All at the same time?"
"You sure do ask a lot of questions! Guards!Gaurds..get this man his wine."
"I don't want it"
"Look at these paintings of people drinking wine all over the gallery. Look how happy they look."
"Paintings? Look, I don't drink wine. I don't want the wine. Even the idea of drinking this wine leaves a bad taste in my mouth"
"Ah no matter if you don't want to drink it"
"Ok good. Let's drop the subject now"
"You don't have to drink it. We can pump it directly into your veins. You won't even have to taste it"
"Wait, into my veins? Are you serious? I don't want your damn wine!"
"TAKE THE DAMN WINE NOW! WE'VE ALREADY PAID FOR A WHOLE CRATE FOR EACH MEMBER OF YOUR FAMILY! WE'VE SIGNED AN ONGOING CONTRACT WITH THE DISTILLARY! ANYONE WHO TALKS BADLY ABOUT THIS WI 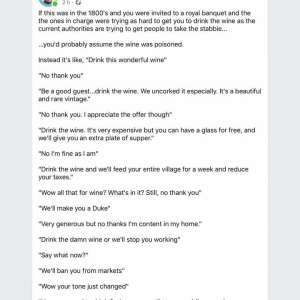 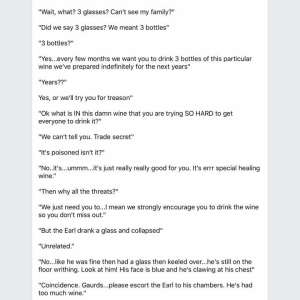 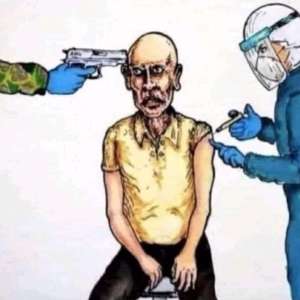