Legendary financial and geopolitical cycle analyst Martin Armstrong thinks the New World Order’s so-called “Great Reset” plan for humanity now needs war to try and make it work. It could happen in the next few weeks. Armstrong explains, “What they are trying to do is deliberately poke the bear. . . . They are increasing the pressure on just about everything under the sun. The West needs World War III. They just need it. The real problem here is they went to negative interest rates in 2014 in Europe. They have been unable to stimulate the economy, and Keynesian economics have completely failed. . . . I would say this is mismanagement of government on a global scale. The problem is that central banks have no control over the economy. Add to this, this type of inflation is substantially different than a speculative boom. This inflation is based upon shortages. These morons with covid . . . with lockdowns, ended up destroying the supply chains. . . . Things that are there, I buy extra of because next time it might be gone. So, everybody is increasing their hoarding. . . . So, what we have with Europe, with its negative interest rates, they have wiped out all the pension funds. They need 8% to break even, not negative rates. There is not a pension fund in Europe that is solvent at this stage of the game. . . . The European government is collapsing. If they end up defaulting, you are going to have millions of people down there with pitch forks storming the parliament. So, to avoid that, they need war. . . . The Biden Administration has deliberately destroyed the world economy.”

If there is war in Europe, the “U.S. dollar will get stronger initially and not weaker” according to Armstrong. Armstrong also says, “This is all deliberate. There is no return to normal here. Unfortunately, this is where we are headed.”

Armstrong contends, war in Europe could break out in a couple of weeks, and the EU and NATO are pushing this. Armstrong says, “They want Russia to do something. . . . This thing with Russia is the same thing all over again. Unfortunately, we are headed for war.”

Armstrong also talks in detail about the following subjects: Digital currency and why the Deep State is pushing so hard for it; gold, silver, food and just about everything going way up in price because of shortages. Armstrong recommends that people “stockpile two years of food.” Armstrong has other tips for what the common man needs to stock up on; Armstrong also says President Trump is the only President he knew that cared about U.S. soldiers dying in combat. This is why Trump wanted to bring the troops home, and the Deep State warmongers hated him for it. Armstrong also gives his predictions on who wins the midterm election this coming November. Will it matter which party comes out on top?

In closing, Armstrong says, “We are not getting back to normal. The system is crumbling from within, and it’s just like the fall of Rome, basically. 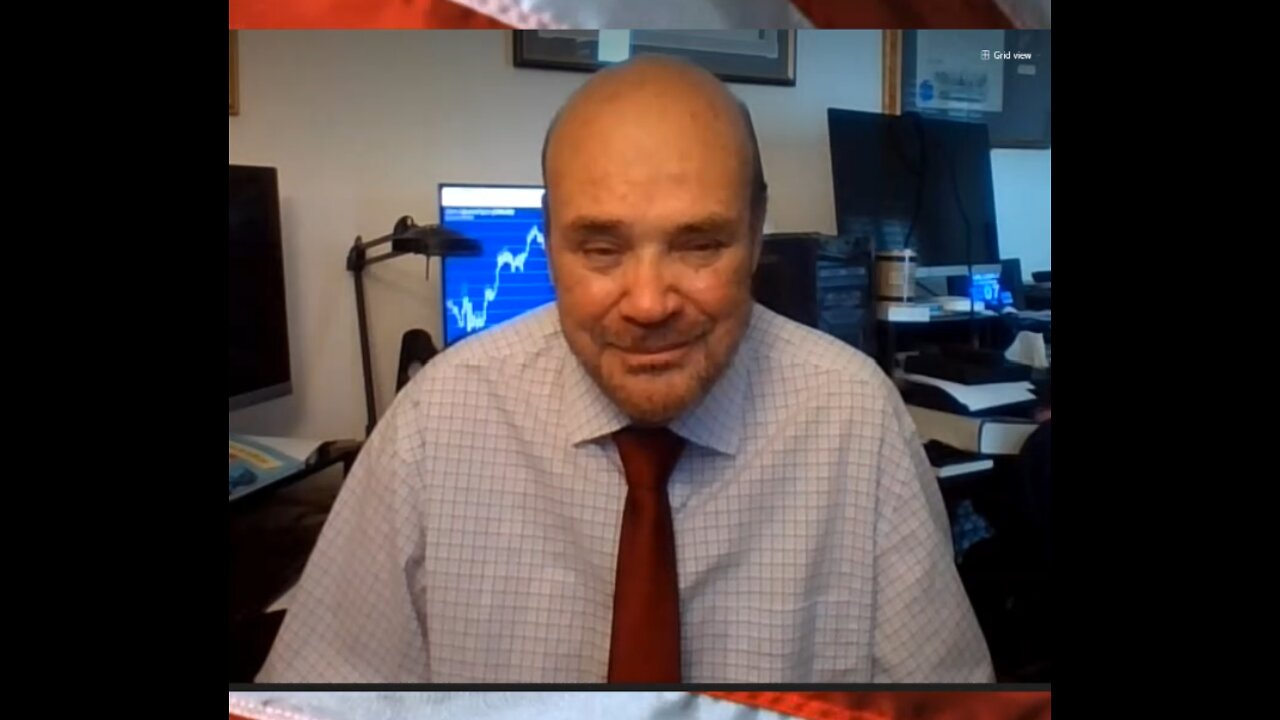 Join Greg Hunter of USAWatchdog.com as he goes One-on-One with cycle expert Martin Armstrong, author of “Manipulating the World Economy,” which has 70 fresh new pages in the 5th edition of this very p

https://rumble.com/v10qt9z-the-west-needs-wwiii-martin-armstrong.html
Only people mentioned by anthonyjhilder in this post can reply