Anthony Hilder
Voting, Vax & Economy Frauds Will End Quickly
https://rumble.com/v1rfm82...
As an investigative reporter for two TV stations and two networks (ABC and CNN), I did a lot of financial stories that centered around some sort of fraud. The biggest thing I learned is that frauds end quickly. I use Bernie Madoff as an example. Madoff conducted a $60 billion Ponzi hedge fund for 20 years. It all ended Thursday, December 11, 2008, when Madoff was arrested, and he died in prison. As Forrest Gump said, “And then one day it was over, just like that.” The gigantic voting fraud scheme that put Biden into office is showing signs it is falling apart. How much fraud do Democrats have to commit when the leader of their party has about a 10% approval rating. That is a record my sources say going back all the way to the Civil War.

The CV19 vax fraud is also coming to an end. It started with Dr. Deborah Birx admitting on FOX three months ago that, “I knew these vaccines were not going to protect against infection. And I think we overplayed the vaccines.” It was all downhill from there. Now, every week, there are reports from around the world of people just dropping over dead, usually from a heart attack. Millions have reported vax injuries. 600 million doses of CV19 poison were injected in America alone, and we are just getting started. The big tell the Vax fraud is coming to an abrupt end happened this week with an article in the Atlantic asking to “Declare a Pandemic Amnesty.” These evil bastards know what’s coming, and it won’t be pretty. The public response has been vicious and vile against the lockdown lunatics and the CV19 clot shot pushers. Soon everyone will know they have been scammed, poisoned, injured and murdered by a bioweapon.

Finally, the financial fraud going on for decades is coming to an end. It was all turbo charged in the 2008 meltdown. The Fed fixed it all with money printing and never stopped. Now, inflation is raging at 16% or more, but they tell you it’s only 8%. Total lie and the money printing that caused it is a total fraud. We were told this week that the Fed was going to “pivot” and cut back on the rate hikes. We were told the Fed was going to raise its inflation target to 3%. It was fake news at its finest, and Fed Head Jay Powell said just the opposite when he announced another .75% rate hike and said they were going to keep coming until the Fed hit the old 2% inflation target. The pain coming from the interest rate hikes are just beginning, and the end of the economic fraud based on free money and low rates is coming to a screeching halt. Remember, frauds end quickly.
Read more 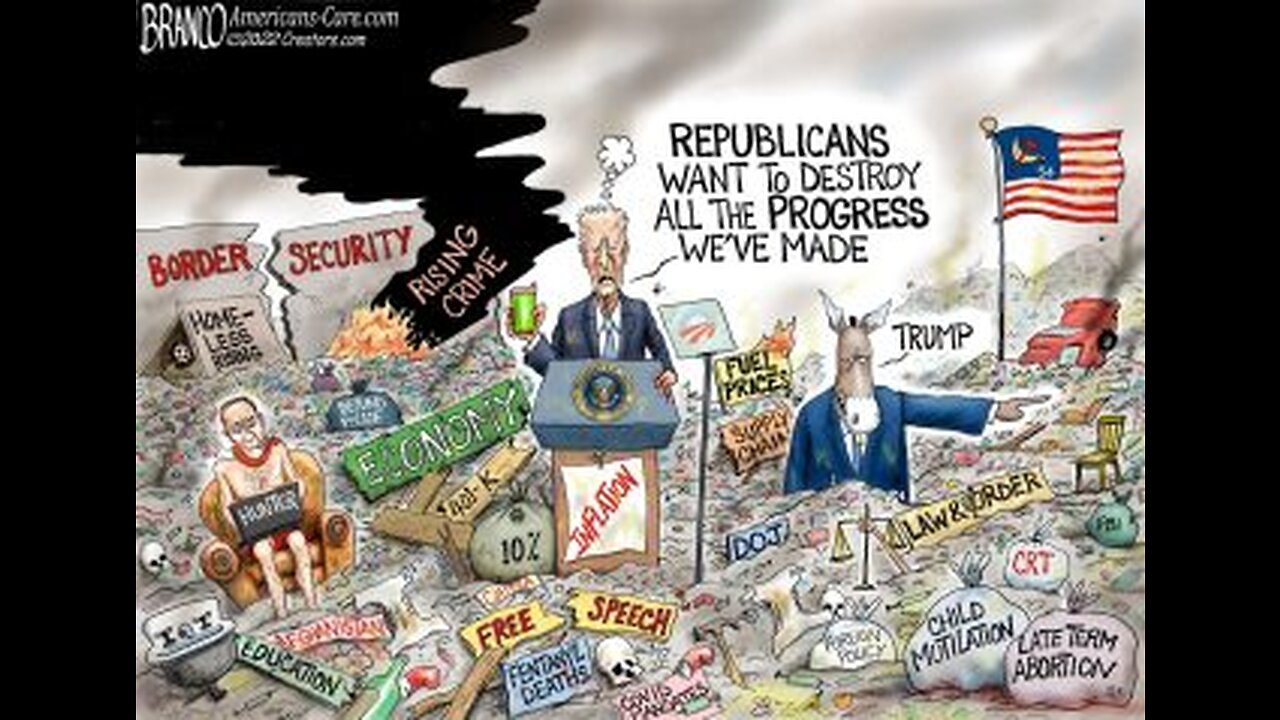 There is much more in the 1-hour and 6-minute news cast. Join Greg Hunter of USAWatchdog.com as he talks about these stories and more in the Weekly News Wrap-Up for 11.4.22. To Donate to USAWatchdog.c