https://nationalfile.com/p... Protesters Storm French Mall While Refusing To Show Vaccine Passports, SWAT Police Try To Stop Them And Fail French SWAT police were powerless to stop anti-vaccine passport protesters from walking freely through a shopping center Video appears to show French protesters storming a shopping mall while refusing to provide proof of vaccination, only to have SWAT police try – and fail – to stop them as France erupts in protests, with more than 200 planned actions being taken in opposition of the country’s new vaccine passports.

According to Canadian journalist Marie Oakes, French protesters stormed a shopping center and refused to provide their vaccine passports “in protest to the mandatory domestic vaccine passes in the country.” Police then stormed the mall themselves, adorned in full tactical gear, but were “unable to prevent people from being in the shopping centre.” 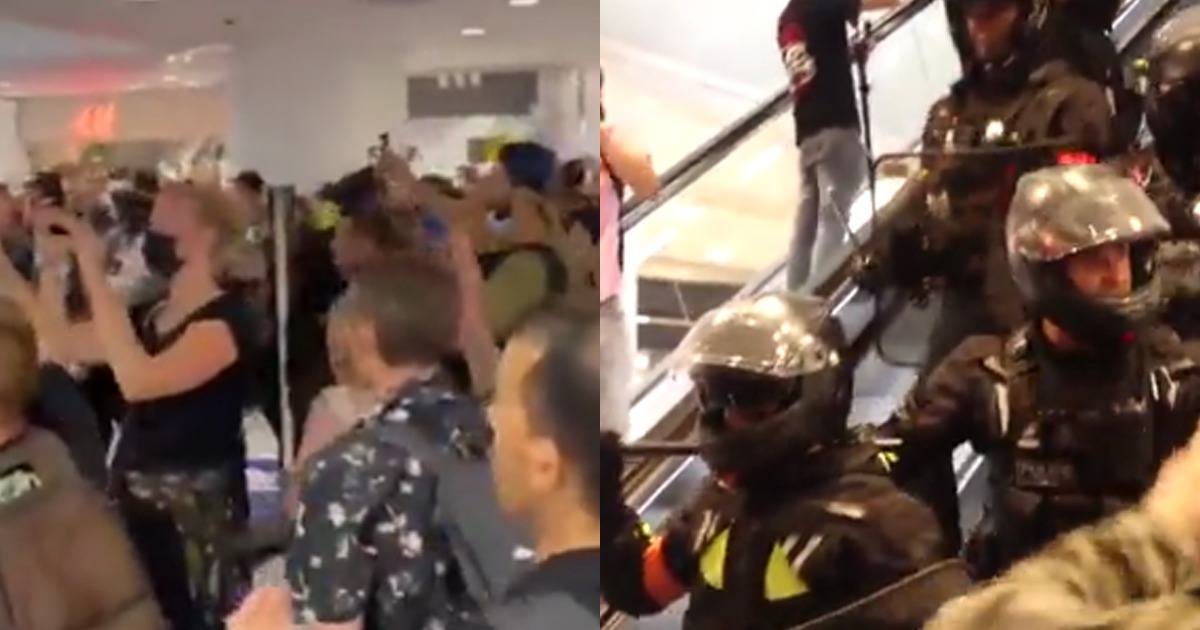