Parents will also pull their children out of school for the day to protest the many restraints that have applied directly to children.

“No government in history has ever surrendered power in the absence of a demand,” said Robert F. Kennedy, Jr., CHD chairman and chief legal counsel. “We need to tell these governments and their friends in the technocracy, the Silicon Valley billionaire boys club, the mainstream media and the pharmaceutical industry that we will no longer tolerate their trampling of citizens’ rights.”

Emboldened by reports of a recent walkout of Southwest employees — which led the airline’s management to drop plans to put unvaccinated employees on unpaid leave — nurses, doctors, teachers, police officers, firefighters and other workers are expected to participate in the protest.

“We need brave citizens to peacefully refuse to comply with unlawful and unethical edicts that for the past year-and-a-half have been allowed to trump individual rights and freedoms. Those days are over. There will be no business as usual until segregationist and coercive medical policies advanced by government authorities end once and for all.”

Organizers announced the protest after the Vaccines and Related Biological Products Advisory Committee (VRBPAC), which advises the U.S. Food and Drug Administration, on Tuesday recommended the agency authorize Pfizer’s Emergency Use Authorization COVID vaccine for children 5 to 11 years old. 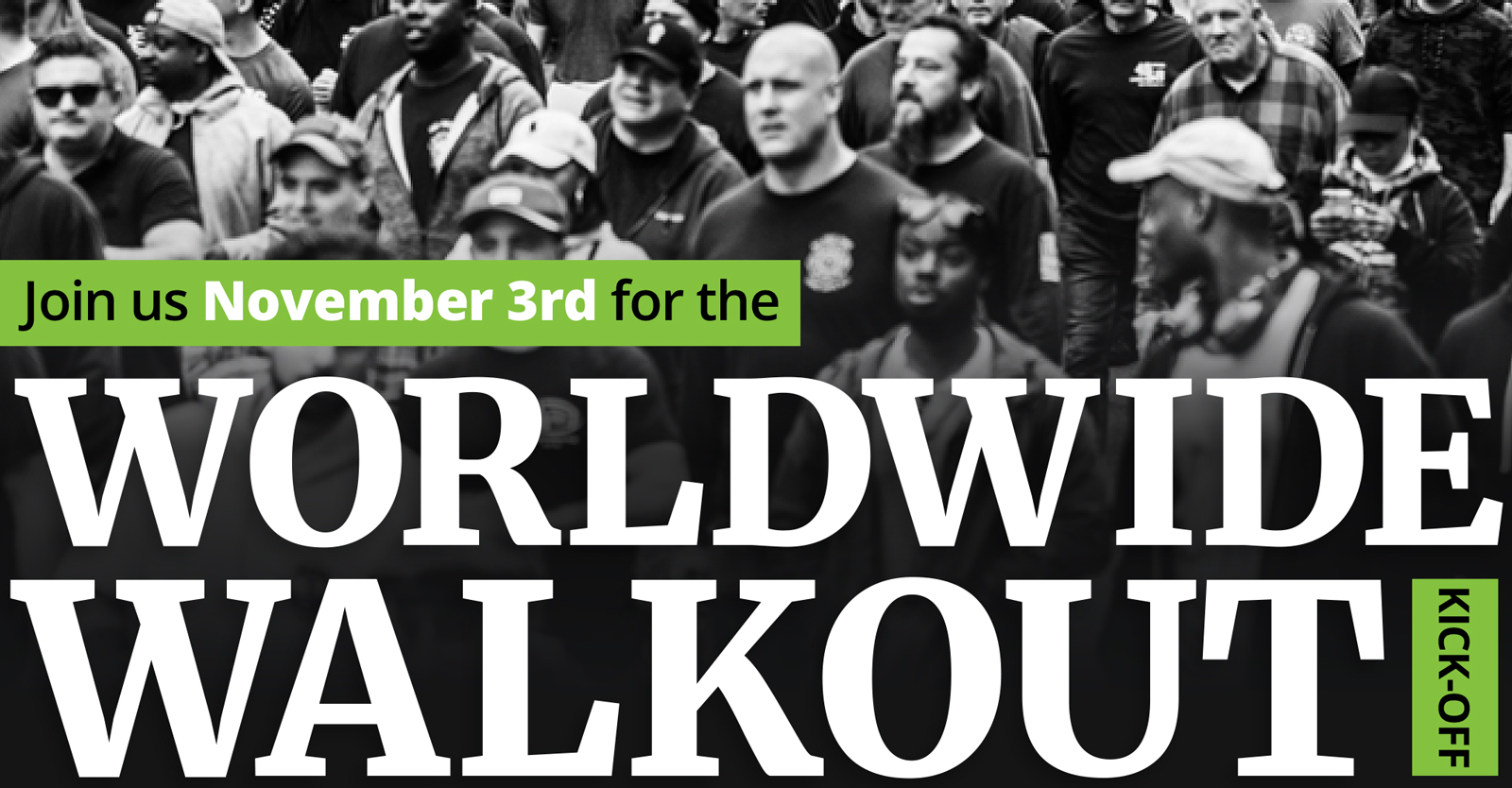 On Nov. 3, Children’s Health Defense will join organizations and individuals in “walking out” of work by calling in sick or taking a personal day to protest the unprecedented loss of freedom that has occurred since the COVID pandemic began.